Are these Asia’s best airlines? 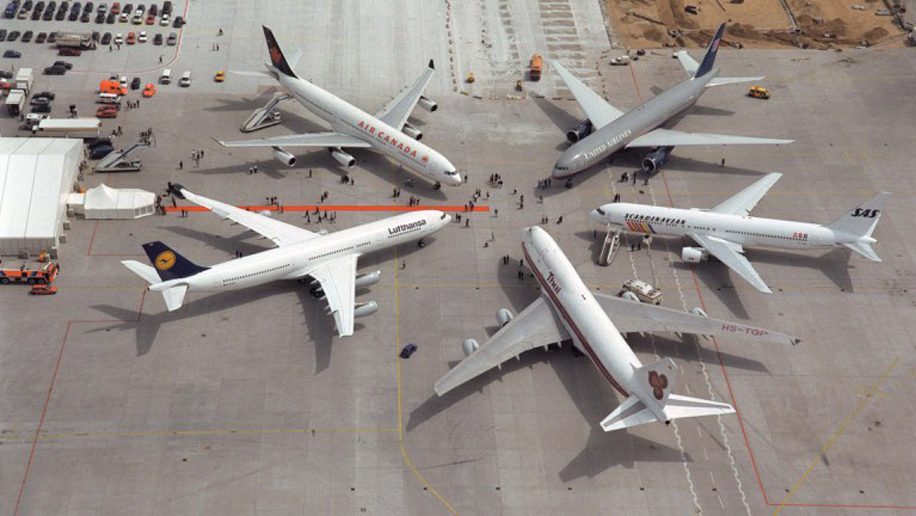 While there were changes in rankings aplenty compared to last year, one thing that remained consistent was the presence of a significant number of airlines from Asia-Pacific within the top 20 – by comparison, not a single US airline made it into the top 30, with the only North American carrier able to do so being Air Canada, which came in at 29.

So just how did Asia-Pacific’s airlines do? 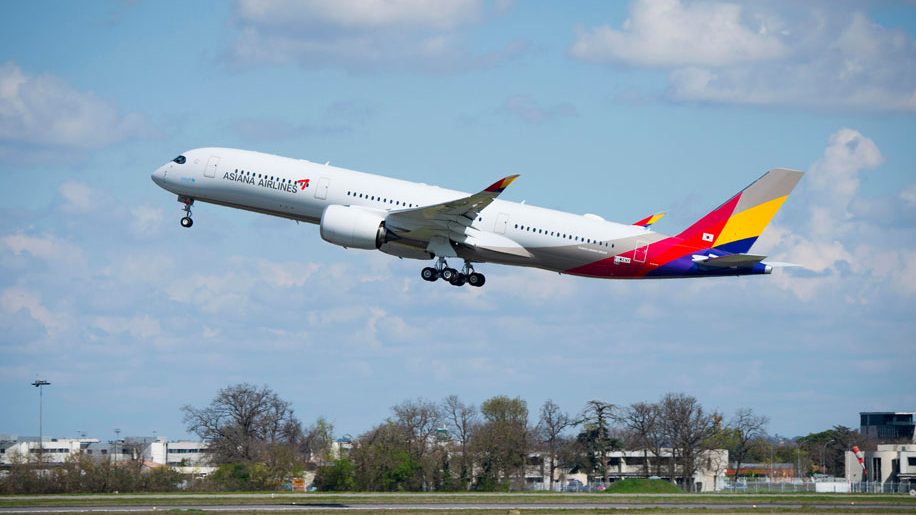 While performing better overall than rival South Korean airline (and national carrier) Korean Air, which came in at 34 this year, Asiana Airlines slipped this year moving down a total of four places. Despite this, the carrier has managed to cling on to a position within the top 20. Earlier this year, Asiana took delivery of its first A350, which also saw the launching a new Economy Smartium class offering on the aircraft – an economy class seat with additional pitch accompanied by a number of priority services. 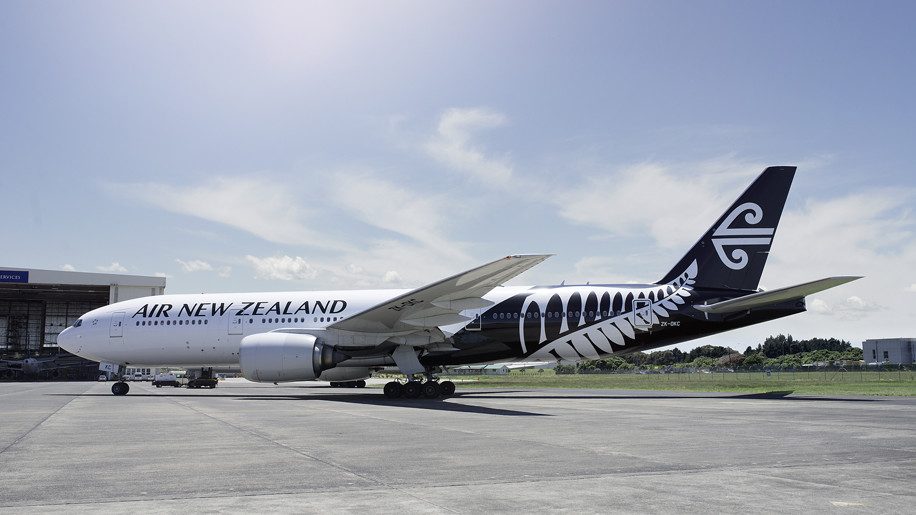 Slipping slightly in the rankings from its position last year, Air New Zealand nevertheless has been going through a number of changes. In August last year, it announced it would be scrapping its premium economy Spaceseat that it first launched in 2010, while this year it expects to begin rolling out in-flight wifi on flights between New Zealand and Australia. The airline has also been on a wide-reaching four-year plan aimed at developing and rejuvenating its lounge network, with its newly redesigned Melbourne lounge launching back in May. 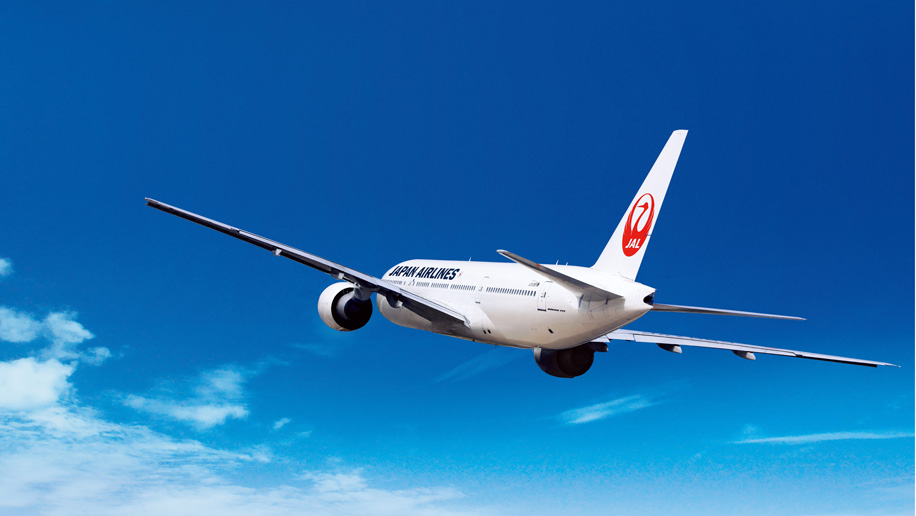 Japan Airlines managed to climb up five places in the 2017 ratings – one of the largest increases among Asia-Pacific airlines that ranked within the top 20. This was a significant increase and a notable accomplishment – Japan Airlines was the only Asia-Pacific carrier to make it into the top 20 in 2017 that didn’t manage to do so last year. That said, the Japanese carrier is still a ways behind rival airline ANA, which also managed an impressive climb in the 2017 rankings.

Next month, Japan Airlines is planning to debut a new B787-9 Dreamliner JAL Sky Suite configuration that will outfit the aircraft with its JAL Sky Suite III business class seats. 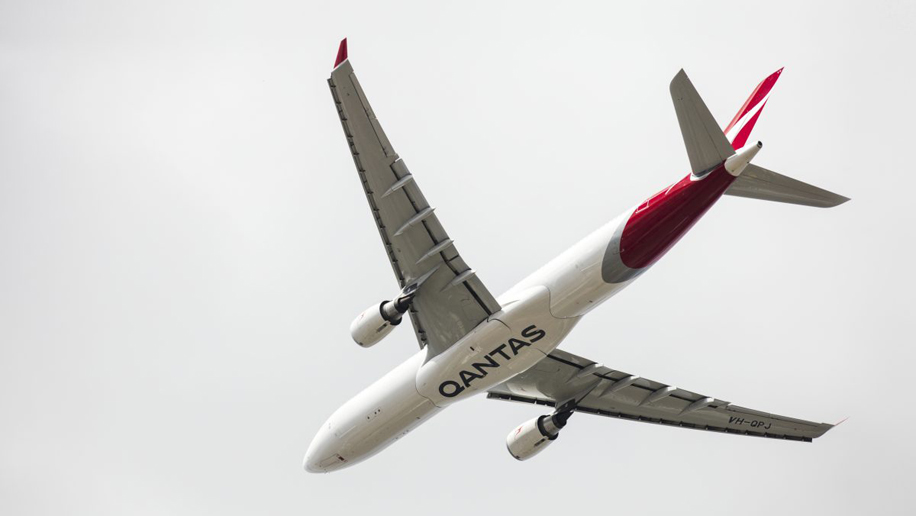 From one of the largest gains to the largest drop among Asia-Pacific’s airlines in the top 20 this year, Qantas fell in Skytrax’s rankings by six places. Australia’s flag carrier is, however, due to introduce a new premium economy product on its new B787-9 Dreamliners, which it plans to deploy on its upcoming Perth-London route in March next year. A new international wing is even set for development at Perth Airport to support the route. 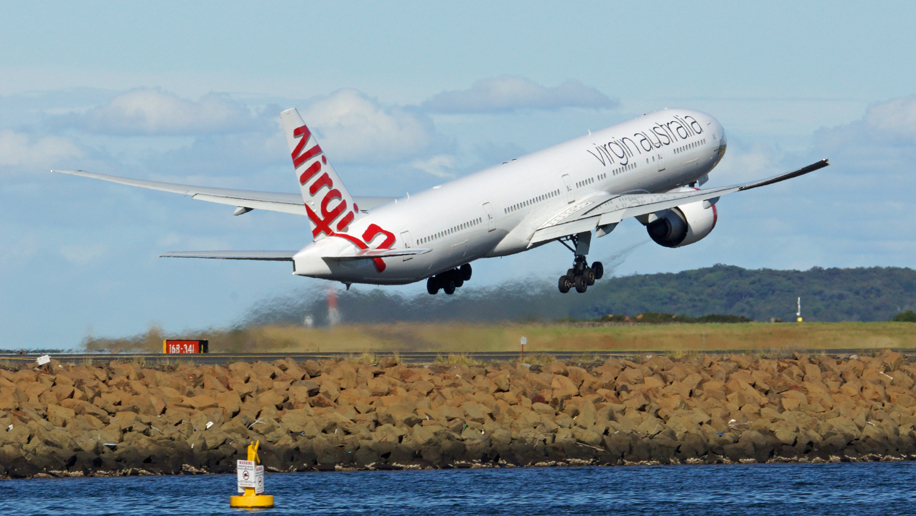 Like Japan Airlines, Virgin Australia achieved one of the most significant increases among Asia-Pacific carriers in the top 20 of the 2017 rankings, jumping up five places compared to the previous year. This is all the more significant considering rival Australian carrier Qantas had the greatest drop in 2017 among Asia-Pacific airlines, such that this year Virgin Australia out-performed the country’s national carrier.

Set to launch its new Melbourne-Hong Kong service next month, Virgin Australia also recently launched a new Economy X seat with extra legroom (between 34 and 39 inches) located at the front of the aircraft or in the emergency exit rows. 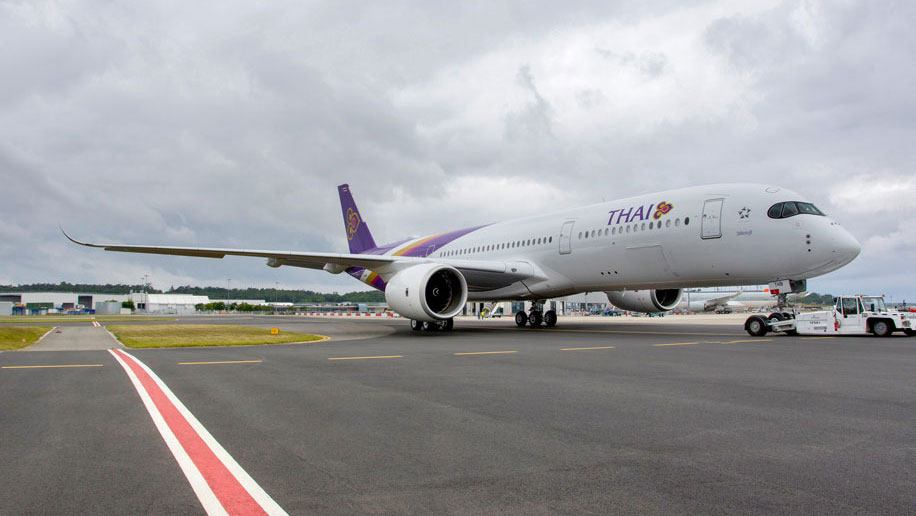 Rising two places in this year’s rankings, Thailand’s flag carrier initiated a 10-year plan back in August last year to see it increase its fleet size – ending a five-year drought during which the airline didn’t place any new aircraft orders. Like a number of Asia’s carriers, Thai Airways also took delivery of its first A350 aircraft last August. 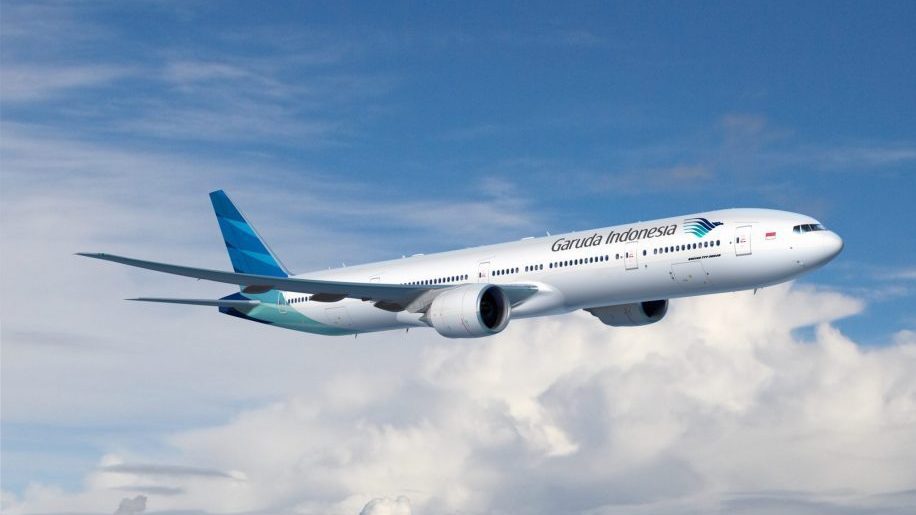 Making its way into the top 10 this year, Garuda Indonesia has its sights set on expanding its network to the US this year, ever since the Federal Aviation Administration (FAA) upgraded Indonesia’s aviation safety status to Category 1 last year. The airline has eyed Los Angeles as its first destination, which it aims to fly to via Tokyo Narita. 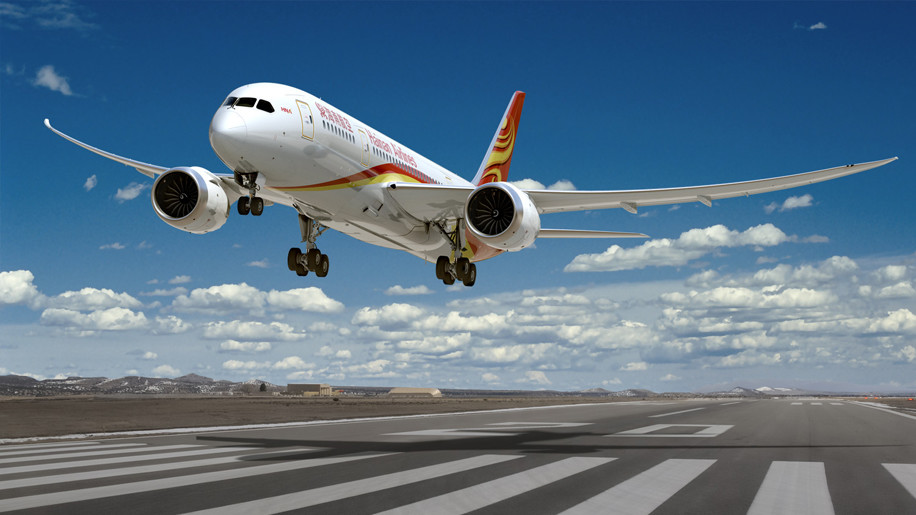 Arguably one of the fastest growing of China’s carriers, Hainan Airlines has been making major steps to expand its international network this year. Along with new and planned routes to the US, including Las Vegas, Los Angeles and most recently New York, the carrier has also got its sights set on services to Brussels and Tel Aviv using its new B787-9 Dreamliner configuration.

Outperforming its mainland Chinese rivals – China Southern, one of the country’s “big three” airlines, came in 23rd – Hainan Airlines even managed to break into the top 10 this year. 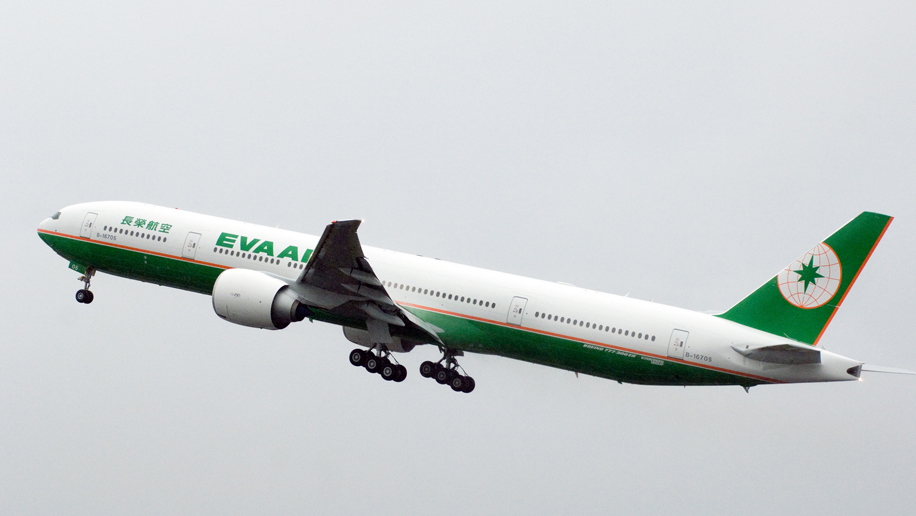 Outpacing rival Taiwanese flag carrier China Airlines by nearly 30 places (China Airlines came in at 35 this year, up from 37 in 2016), Eva Air has had a rather fun 12 months, unveiling two new interactive robots at both of Taipei’s two international airports along with two new Sanrio-themed airline liveries featuring Gudetama and Bad Badtz-Maru, respectively. The airline also became the first in Asia to support Rimowa’s e-tag baggage check-in allowing travellers to check their luggage in remotely from any destination using a smartphone app. 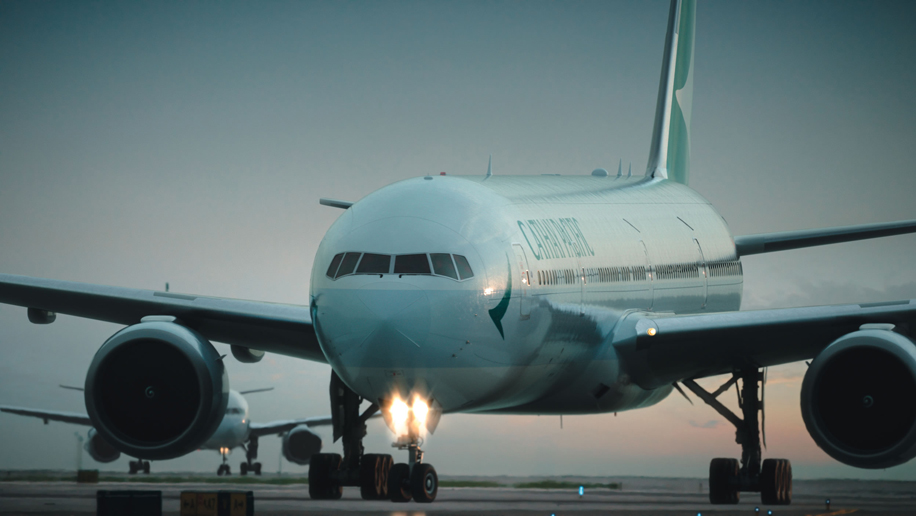 It’s been a tough 12 months for Hong Kong’s flag carrier, with the 2016 financial year seeing a major loss and the airline having to cut some 600 staff as part of cost-cutting measures.

The strong performance of ANA in this year’s Skytrax ratings also helped bump Cathay Pacific down a spot from fourth to fifth compared with last year. That said, there have been some notable upsides for the airline, such as deploying its new A350 on routes to Perth and Brisbane, entering into a codeshare agreement with rival-airline-alliance member, Lufthansa, and will be launching its new route to Barcelona beginning next month. 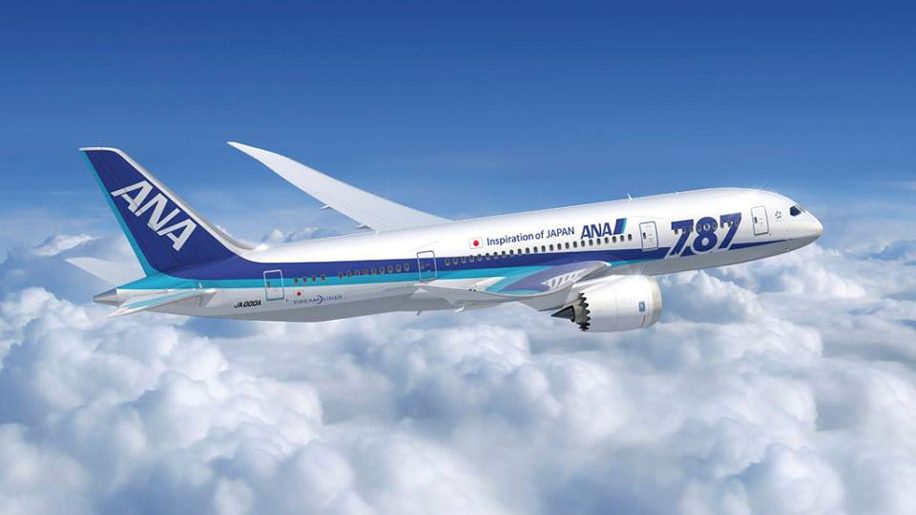 One of Japan’s two major airlines but not its national carrier, ANA managed a notable climb up two positions. Not only did it take the number three spot previously held by this year’s number two carrier, Singapore Airlines, it also leapfrogged Hong Kong’s national carrier Cathay Pacific, helping to bump the Hong Kong airline down from fourth to fifth. Recently, the airline announced it would be significantly expanding its loyalty offerings with the launch of a new ANA Global Service initiative, and also confirmed the new “sea turtle” livery of its first A380, which it will take delivery of in early 2019 and will fly to Honolulu. 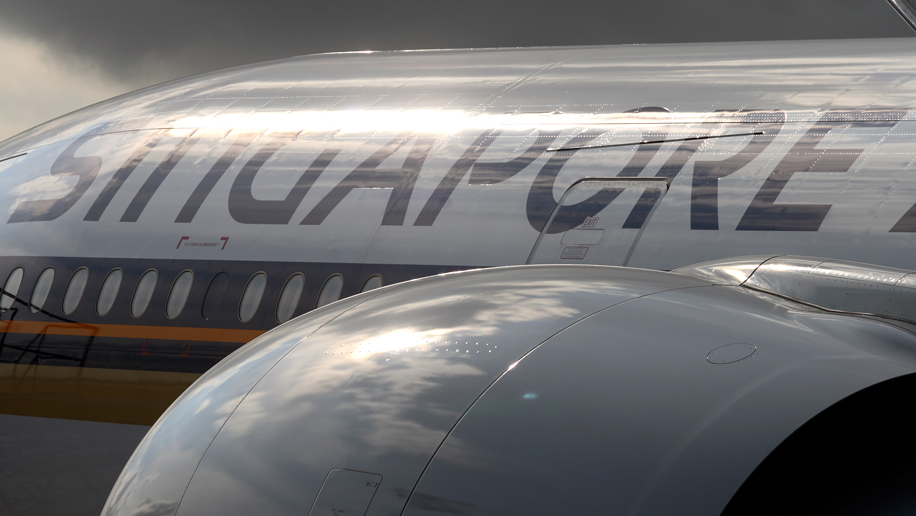 Singapore Airlines just missed the top spot in the rankings, losing out to 2016’s number two spot Qatar Airways, which took the gold this year. While surprising, the drop of Dubai-based Emirates from first to fourth opened up space for movement among the top five, and this has certainly been the case.

Although Singapore Airlines has also had a difficult year, with possible job cuts in the crosshairs following a major business review, the airline has made a number of changes as well. These include earmarking its older A380s for retirement in order to keep its overall fleet age down, and making changes to its premium PPS Club loyalty programme including the non-expiration of Krisflyer miles.

Most recently, the airline has confirmed it will be turning its daily Paris service into a 10-times-weekly one. 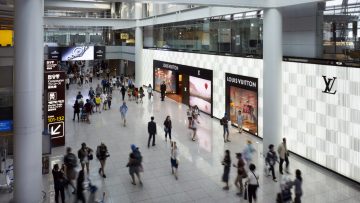