Qantas has released ticket sales for its forthcoming non-stop service between Perth and London Heathrow, with flights commencing on March 24, 2018.

The route, which will operate as Melbourne-Perth-London, will be served by the carrier’s new B787 Dreamliner aircraft.

The new service will take on the QF9/QF10 flight code currently used on Qantas’ daily A380 London-Dubai-Melbourne route, which itself will cease in March next year. The carrier says that “With a faster flying time and quicker connections in Perth, customers travelling to London from Melbourne will reduce their total travel time by more than an hour compared with existing Qantas A380 services”.

Flight times for the new route are as follows:

Qantas says that economy fares “are expected to drop below £900 return during deal periods”.

The Perth-London service will operate through Qantas’ existing domestic terminals at Perth, which are being upgraded “with new facilities and lounges to accommodate international flights”.

The new non-stop service will be just under 14,500km in length, making it the world’s third longest commercial passenger flight (see our round-up of other contenders here). It will also be the world’s longest Dreamliner flight.

“The Kangaroo Route has kept changing with new technology. It used to take four days and seven stops but now we’re able to link Australia and UK in a single hop. It’s a level of convenience Australians have never had before.

“We’re conscious that this is a long flight, but not much longer than our Sydney to Dallas service. It’s the kind of route that the Dreamliner was created for, because of its built-in features to reduce jetlag and improve the overall travel experience.

“We’ve added a very high level of comfort in each of the cabins and a lower seat count than most of our competitors. And we’re making tweaks to our in-flight service designed to help customers enjoy the journey more.”

Joyce added that “a lot of business travellers, particularly in the resources sector” are expected to stop off in Perth on their way to London.

Qantas stressed that its partnership with Emirates on flights via Dubai “would continue to deliver an unrivalled offer to Europe with more options for passengers to choose from in both directions”.

The Australian carrier will continue to offer codeshare services on Emirates flights on the Melbourne-Dubai-London route, and the Gulf carrier is to upgrade its third daily flight from Melbourne to Dubai from a B777-300ER to an A380 from march 25 next year. 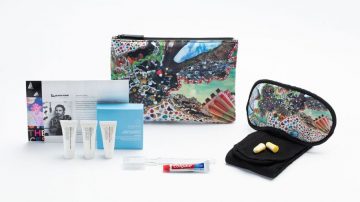