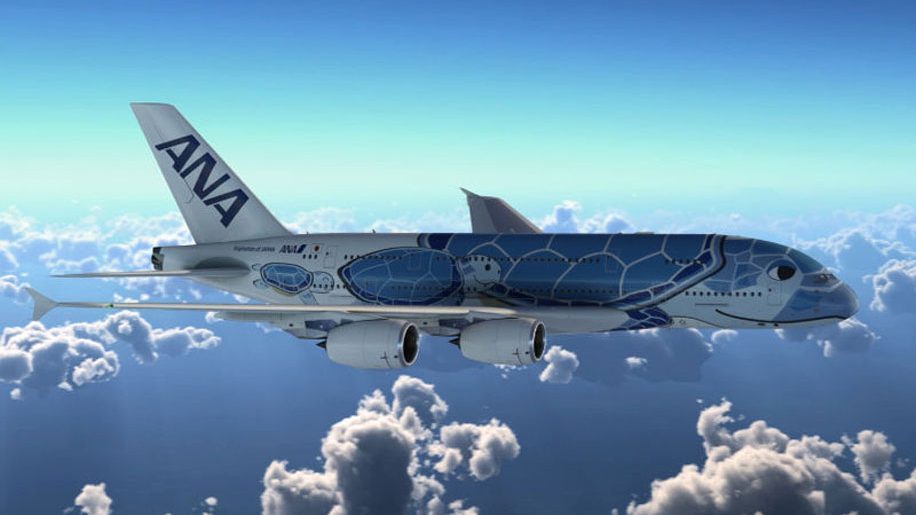 ANA has unveiled a special “sea turtle” livery which will feature on the carrier’s first A380.

The design was chosen from over 2,000 submissions received in an open competition organized by the carrier – the four runner up designs can be seen below.

The aircraft will operate on ANA’s Tokyo-Honolulu route, and will be named “Flying Honu”. The green sea turtle is known as the “Honu” in Hawaii, and is a symbol of good luck and prosperity. Around 1.5 million Japanese customers travel to Hawaii each year. 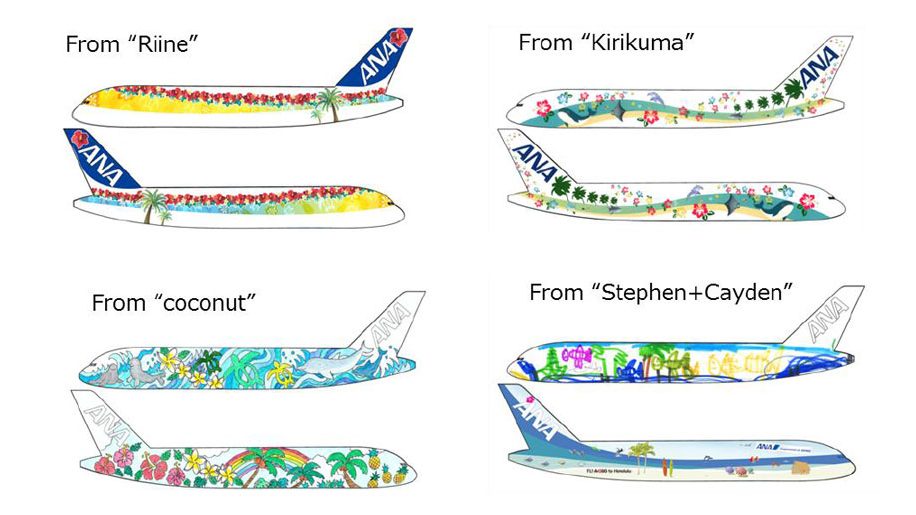 ANA said it would also support activities in Hawaii to protect the green sea turtle, which has been listed as being in danger of extinction by The International Union for Conservation of Nature.

ANA placed an order for three Airbus A380 aircraft in 2016, and will be the first Japanese airline to operate the superjumbo when it takes delivery in early 2019.

The carrier said that it is “moving forward with preparations to offer new passenger services to coincide with the introduction of the A380, and will provide updates as they become available”.