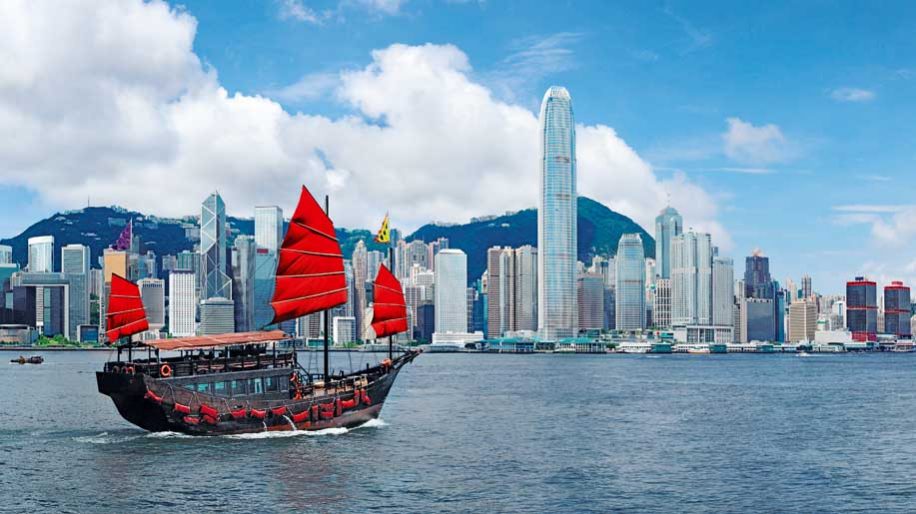 The situation with coronavirus is changing very quickly, and this page will be constantly updated.

A number of airlines around the world have cancelled flights to and from Hong Kong in the wake of the deadly coronavirus outbreak that originated in the Chinese city of Wuhan.

The virus has claimed over 1,000 lives and the total number of confirmed cases has reached 43,100 as of Tuesday, according to the South China Morning Post. Hong Kong reported its first coronavirus death last week.

The following airlines have cancelled flights to Hong Kong:

Air Canada has announced a temporary cancellation on its Toronto-Hong Kong route for travel between March 1 and March 27. The carrier currently flies this route once daily on a B777-300ER aircraft.

American Airlines has extended its suspension of flights to Hong Kong due to a “reduction in demand” amid the coronavirus outbreak.

The US carrier said it will stop flying to China and Hong Kong from its Dallas-Fort Worth (DFW) and Los Angeles (LAX) hubs.

In October last year, the carrier already announced that the aircraft deployed on this route would be downsized from a 202-seater Boeing 767-300ER to a 146-seater Airbus A320neo.

British Airways will halve its flights from London Heathrow to Hong Kong, joining a growing list of airlines that have cut their flights to Hong Kong in the wake of a deadly coronavirus outbreak.

Flight tracking website Routes Online shows that the UK carrier closed reservations for one of its two daily flights to Hong Kong between February 13 and March 31 this year, while its BA027 and BA028 flights will continue to operate during this period.

There will be no flights to London Gatwick, Rome, Washington DC, Newark, Male, Davao, Clark, Jeju and Taichung during this period.

Routes to all cities in mainland China, excluding Beijing, Shanghai, Chengdu and Xiamen, will also be suspended.

The airline says it has “reduced flights to and from Mainland China by approximately 90% until the end of March 2020.”

The full list can be viewed here, along with information on rebookings and refunds.

Cebu Pacific has reduced the number of times it flies to Hong Kong until March 29. The airline cancelled the following flights yesterday:

However, everyone who has visited mainland China over the past 14 days and is entering Hong Kong, including Hong Kong residents, is required to undergo mandatory quarantine for 14 days upon arrival.

El Al Israel Airlines, the flag carrier of Israel, has adjusted its flights to Hong Kong and Beijing.

The airline will now temporarily suspend its flights to and from Hong Kong until March 20. Before, the airline only said that it would allow customers to change or cancel their flights without a penalty.

Meanwhile, the airline has now extended the suspension of its Beijing flights until April 24 this year. Previously, it announced that the flights would be suspended until March 25.

The airline said that “as soon as the situation allows”, it will reinstate its flights to Beijing and Hong Kong “even prior to the dates mentioned”. It added that it will “do all possible” to assist its passengers holding tickets for the changed or cancelled flights to find alternative flights as needed.

Emirates continues to fly to Hong Kong. Passengers travelling to or from Hong Kong with tickets issued on or before January 28 can rebook their travel dates for up to 28 days from the original travel date, free of charge.

The airline is also offering refunds for any unused tickets for travel dates between 23 January to 31 March 2020 and it will reroute to select destinations free of charge for outbound travel up to 31 March (subject to availability).

Etihad continues to fly to Hong Kong. However, from February 11, flights between Abu Dhabi and Hong Kong will be reduced from daily to five per week due to reduced demand. Passengers will be temperature-screened prior to boarding.

Finnair said it will cancel one of its two daily flights to Hong Kong between March 1 and March 28, including its AY101 Helsinki-Hong Kong service and AY102 Hong Kong-Helsinki service.

The airline said customers whose flights have been cancelled can change their travel dates or get a full ticket refund by contacting Finnair customer services.

Meanwhile, Swiss’ daily Zurich-Hong Kong service will be operated by a 223-seater Airbus A340 instead of a 340-seater Boeing 777 aircraft until the end of March.

According to the Group, passengers whose flight has been cancelled can rebook free of charge or receive a refund of their ticket price. These regulations apply to passengers with a ticket issued by Lufthansa, SWISS or Austrian Airlines and for flights with an LH, LX or OS flight number.

The Lufthansa Group said it will continue to monitor the situation and is in contact with the responsible authorities.

Philippine Airlines has extended its cancellation of flights between Manila and Hong Kong until March 28. The airline this is due to the “continuing travel restrictions imposed by the Philippine Government as a public health and safety measure, related to the novel coronavirus situation”.

The airline said there is no definite end date to the travel ban and it is uncertain whether it will resume flying after March 28. The airline said that it is now unable to re-accommodate passengers of cancelled flights.

The carrier also cancelled its flights to Taiwan following the Philippine government’s decision to expand a travel ban to include Taiwan in an effort to help contain the spread of the coronavirus.

A Qantas spokesperson told Business Traveller Asia-Pacific the following when asked about the airline’s flights to Hong Kong: “We are cancelling some return flights from Australia to Hong Kong in February and March to better match the demand we are seeing. We will contact customers to make alternative arrangements.”

Business Traveller Asia-Pacific understands that the impacted flights include some return flights on the airline’s Brisbane-Hong Kong route (QF97/98). These flights will be cancelled between February 23 and March 29.

It also includes some of the airline’s Melbourne-Hong Kong services (QF 29/30). These flights will be cancelled between March 2 and March 25.

The airline has suspended its flights to mainland China. To find out more, see Qantas Travel Updates.

Qatar Airways is still flying to Hong Kong. However, according to Routes Online, the carrier has downsized the aircraft used on its Doha-Hong Kong service for the second half of February.

Due to the situation in China regarding the coronavirus, SAS has decided to extend the suspension period of its flights to and from Shanghai and Beijing until March 29, while it added that Hong Kong will be serviced as scheduled.

Earlier this month on February 6, the airline decided to prolong the suspension of all flights to and from Shanghai and Beijing until February 29th.

Refunds and rebooking services are offered for affected passengers.

SAS said will continue to monitor the situation “in close dialogue” with authorities. Customers travelling to, from or via Hong Kong may voluntarily change their reservation or request a refund as well.

Singapore Airlines (SIA) has reduced flights to Hong Kong due to a drop in demand amid the coronavirus outbreak.

The airline typically operates a Singapore–Hong Kong–San Francisco service, but will remove the Hong Kong stop between February 17 and March 28 on flights SQ001 and SQ002.

United has decided to extend the suspension of its flights to Beijing, Chengdu, Shanghai and Hong Kong until April 24 as it continues to evaluate its operation between the US and China.

Earlier this month, United announced the suspension of its Hong Kong flights between February 8 and February 20 due to a “continued drop in demand”.

Virgin Australia is still flying to Hong Kong, but only from Sydney, and this service will be cancelled permanently from March 2 due to a decline in market demand. The Melbourne to Hong Kong service ended on February 11.

“Hong Kong has continued to be a challenging market. With a decline in demand following ongoing civil unrest, and growing concerns over the coronavirus outbreak in the wider region, we have made the decision to withdraw services,” said Virgin Australia Group chief commercial officer, John MacLeod. The airline said it will contact guests booked to travel on services between Sydney and Hong Kong from March 2, 2020 onwards via email – or their travel provider will contact them – to provide alternative arrangements. 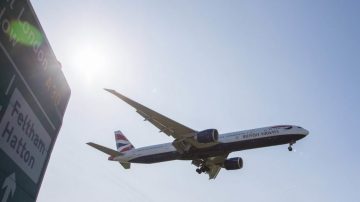