The Qantas Group has announced further cuts to its international network, which will see Qantas and Jetstar reduce capacity by 23 per cent until mid-September this year.

According to the Group, the additional cuts follow the spread of the coronavirus into Europe and North America over the past fortnight, as well as its continued spread through Asia, which “has resulted in a sudden and significant drop in forward travel demand”.

The Group said the biggest reductions remain on its Asia routes, which is now down 31 per cent compared with the same period last year.

It added that capacity reductions to the US, the UK, and trans-Tasman “will also be made in line with forward booking trends”.

Qantas said it will use smaller aircraft and reduce the flight frequency instead of temporarily suspending its services.

The airline added that this will result in the grounding of eight of its 12 Airbus A380 aircraft until mid-September this year. As for the remaining four A380s, the airline said two of them are undergoing “scheduled heavy maintenance and cabin upgrades”, while the other two are still flying.

The Australian flag carrier will also temporarily reroute its existing Sydney-Singapore-London round-trip service (QF1 and QF2) to become a Sydney-Perth-London service from April 20 in response to “strong customer demand” for the direct Perth-London service.

As for domestic services, the Group said both airlines’ capacity reductions will be increased from three to five per cent in total through mid-September this year, “in line with broader economic conditions”.

It added that this is the equivalent of grounding 38 Qantas’ and Jetstar’s aircraft across their international and domestic network, including seven from Singapore-based Jetstar Asia and nine across Jetstar Japan and Vietnam-based Jetstar Pacific.

Its low-cost subsidiary Jetstar will also make “significant cuts” to its international network, which, according to the Group, includes the suspension of flights to Bangkok, and the reduction of services from Australia to Vietnam and Japan “by almost half”.

The table below shows Qantas’ capacity changes until mid-September this year:

According to the Group, Qantas’ Boeing B787 aircraft has about 250 fewer seats than an A380 aircraft.

Since Qantas will temporarily suspend its A380 service to Singapore, the Qantas First Lounge in Singapore Changi Airport, which just opened in November last year, will be closed temporarily as well. The airline said customers will be invited to use the adjacent Qantas Business Lounge instead.

The Australian carrier has also extended the cancellation period for previously announced cancellations. Details are as follows:

Qantas said further capacity reductions will also be made on flights to Japan and New Zealand, while other Asian routes are “under evaluation”. 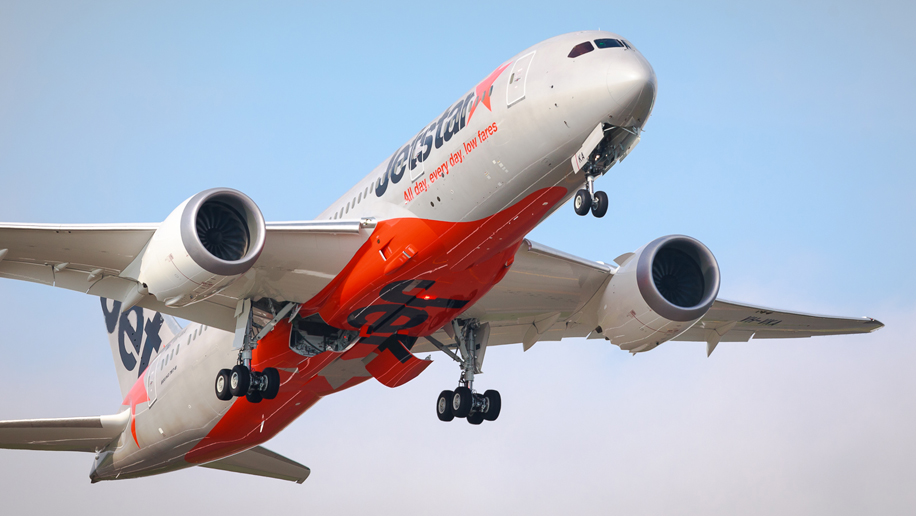 Jetstar will also suspend or reduce services on some of its routes. The airline said the services will be cancelled until mid June “but may be extended”:

The low-cost carrier said it will make further reductions to New Zealand, while other Asian routes are also “under evaluation”.

As for other Jetstar airlines in Asia, Singapore-based Jetstar Asia will cut capacity by almost 40 per cent. Its flights between Singapore and Taipei and Osaka will be suspended.

Jetstar Japan has also suspended flights to Hong Kong, Taipei and Shanghai until “at least the end of May”, and it will also reduce flights to Manila and make further reductions to its domestic routes in Japan.

Vietnam-based Jetstar Pacific has suspended all the international routes until the end of April, with the exception of its Ho Chi Minh City-Bangkok flights, which have been halved as well. The airline said it will make further reductions to its domestic network in Vietnam.

The Group said the latest information will be published on Qantas’ and Jetstar’s websites, and it advises customers to check this before calling the airline.

Qantas and Jetstar said they will contact affected customers in the coming weeks, while those who booked via a travel agent (including online travel agents) will be contacted by their respective agent rather than the airline.

The group said customers who booked on affected international flights will be offered an alternative flight via another capital city or a partner airline, or on an alternative day. It added that it expects the disruption to domestic passengers to be minimal given “the continued high frequency on most routes”.

The group said Qantas and Jetstar will waive change fees for new international bookings made from today March 10 until the end of March, if customers change their travel plans. According to the Group, changes need to be made at least three days before the date of travel.

The Group said this applies to travel starting up to 30 June this year and is limited to one free change per customer, and customers will need to pay any fare difference.

In addition to capacity cuts, the Group will also introduce other cost reduction measures.

According to the Group, for the remainder of this financial year, Qantas Chairman and Qantas CEO will take no salary, while Qantas Board and Group Executive Management will take a 30 per cent pay cut.

What’s more, the Group added that the annual management bonuses have been set to zero for this financial year, and it’ll freeze all non-essential recruitment and consultancy work, while asking all Qantas and Jetstar employees to take paid or unpaid leave “in light of reduced flying activity”.

Commenting on the changes, Alan Joyce, Qantas Group CEO, said: “In the past fortnight we’ve seen a sharp drop in bookings on our international network as the global coronavirus spread continues.

“We expect lower demand to continue for the next several months, so rather than taking a piecemeal approach we’re cutting capacity out to mid-September. This improves our ability to reduce costs as well as giving more certainty to the market, customers and our people.

“We retain the flexibility to cut further or to put capacity back in as this situation develops.

“It’s hard to predict how long this situation will last, which is why we’re moving now to make sure we remain well positioned. But we know it will pass, and we’ll be well positioned to take advantage of opportunities when it does.” 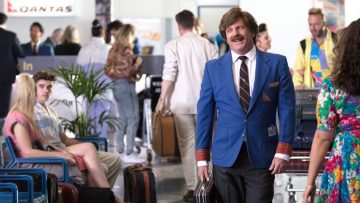