T-Mobile US Inc. has jumped to an early lead in the race to offer 5G service nationwide, a step toward showing it can be a serious competitor to larger rivals if it gains approval for its $26.5 billion takeover of Sprint Corp.

Starting Friday, when T-Mobile stores begin offering their first two 5G phones, the service will be available across the country. But it won’t be the much-vaunted 5G experience that wireless carriers have been promising: The service is on a low-band 600-megahertz signal, which provides broad coverage but not blazing speeds.

The offering is a precursor to a more robust network that the company says will be made possible with the combination of Sprint’s massive airwave holdings.

“This is the foundational layer of our 5G service,” said Karri Kuoppamaki, vice president of network technology development and strategy. The 600-megahertz band covers large territories and travels through walls and deep into buildings. “You won’t have to go to a specific street corner to get a signal that works,” he said.

U.S. carriers are vying to become leaders in 5G, hoping to capture early adopters and the first wave of new revenue. But the arrival of full-fledged 5G service — with as much as 100 times faster speeds and nearly zero lag time — is still a few years away.

The initial 5G service with low-band spectrum can deliver performance that’s comparable to the current T-Mobile network. But like all the other wireless operators, T-Mobile will follow up in the coming months and years with higher-frequency signals to move data faster and provide greater network capacity. 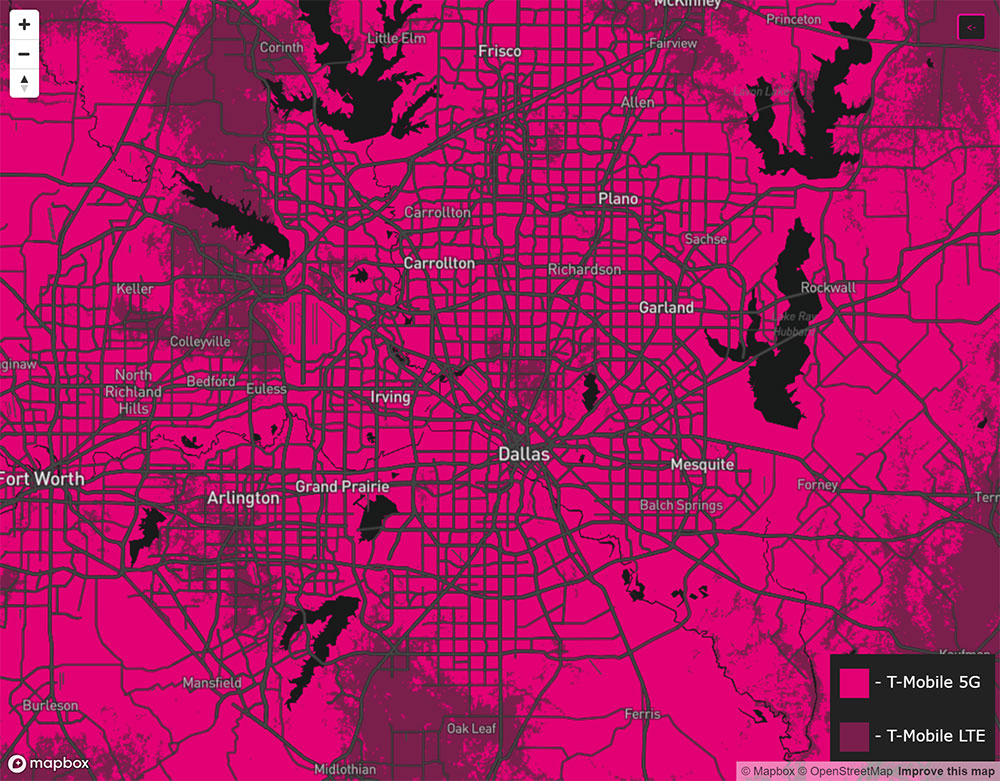 Verizon Communications Inc. has started a high band 5G service in small parts of 15 cities, with expansion to 30 markets expected by year-end. Verizon initially charged an extra $10 a month for the service but has since waived the fee. AT&T Inc. plans to have its own low-band 5G in parts of 12 cities in the coming weeks, available only to its high-tier customers, and has vowed to extend the service nationwide by the middle of next year.

Expanded 5G service is a crucial promise T-Mobile has made to secure approval for the Sprint takeover. The deal has won approval from the U.S. Justice Department and the Federal Communications Commission, but it faces a lawsuit from several state attorneys general. The case is scheduled for trial Dec. 9.

T-Mobile is promoting the 5G launch with special prices on two new phones: the OnePlus 7T Pro 5G McLaren, made by Oppo Co., a Chinese manufacturer, and the Samsung Galaxy Note10+ 5G. T-Mobile’s 5G service will be available to regular monthly subscribers and pay-as-you-go customers at no extra cost.

Just as they did with previous generations of wireless technology, the carriers are providing coverage maps so consumers can compare service. T-Mobile will have a website to explore where its 5G service is available. Verizon has city maps that show where it has its high band “ultra” 5G service. And AT&T has its own city maps.

Investors pump $300 million this year into emerging Dallas-Fort Worth compa...