Please click here to learn about Doing business in Bali 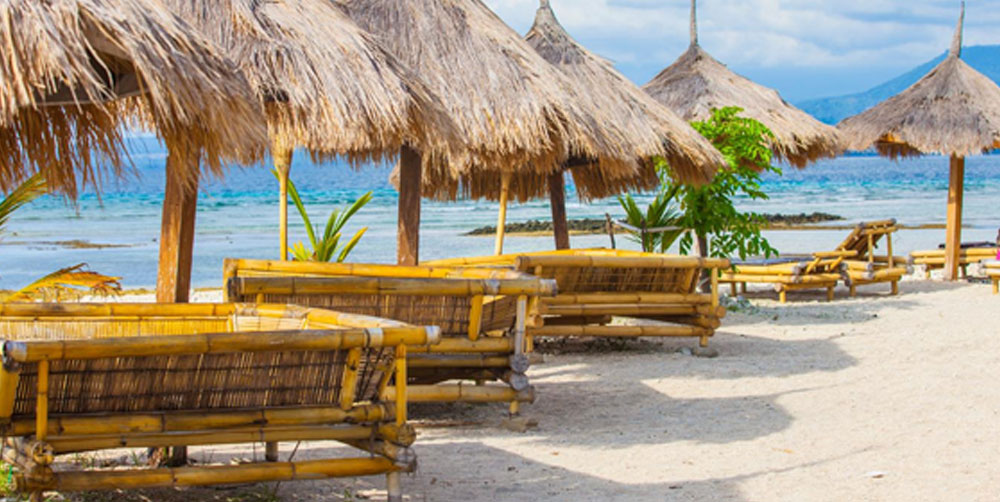 Indonesia is the fourth most populous country in the world, with a population of almost 260 million. Its economic stability in recent years has also made it a hotbed for investment, both local and foreign. Its government has recognised this potential and has introduced measures over the years that encourage foreign investment, while also trying to improve the various regulations involved.

Indonesia is expected to become the 8th largest economy in the world before 2030, or the 4th largest if taking into account purchasing power parity. With around 260 million inhabitants, a middleclass expected to increase to 141 million before 2020 and continuing growth rates of around 5-6 per cent over the last ten years, Indonesia represents a huge potential for foreign companies.

The current ongoing economic shift from West to East has generated significant and increasing interest for giant emerging economies such as China and India. Not far behind these two giant economies, Indonesia – a country we label as ‘sleeping giant’ – has fully recovered from the Asian Financial Crisis that emerged in the late 1990s and has been showing continuous robust macroeconomic growth for almost a decade.

Business travelers who come for MICE purposes are normally those who are opinion leaders, business CEOs, professionals, and government representatives. Such conventions are also usually conducted during low-season.

As one of the most exotic archipelagos with so much to offer where its tourism has always been one of its driving forces, when it comes to international meeting industry, the country is firmly ready for business.

Soekarno-Hatta International Airport (Jakarta) Jakarta is the primary entry point to Indonesia, but most people merely change planes here before continuing on to their final destination. If staying in Jakarta, you can reach your hotel by taxi (160,000Rp, one hour), train (70,000Rp, 45 minutes) or bus (40,000Rp, one to two hours).

Ngurah Rai International Airport (Denpasar) Bali is the only airport with significant international service apart from Jakarta. Prepaid 24-hour taxis are available to all parts of Bali. It’s 80,000Rp for Kuta, 130,000Rp for Seminyak and 300,000Rp for Ubud.

Airlines
Air travel is the quickest and most convenient way of getting around Indonesia, and sometimes the only way to reach certain parts of the archipelago. There is an ever-changing number of domestic airlines, and flights are generally inexpensive. Bear in mind that flights to remote destinations are prone to cancellation, as well as delays, especially in periods of bad weather.

There are many airline operators in Indonesia and whilst safety has been a long-term issue with many of the smaller operators there is plenty of choice with the more established carriers. Award winning Garuda is the national carrier and supported by other international and domestic airlines such as Air Asia, Citilink and Lion Air Group. Between them all getting to the more remote areas of the country has been made a lot easier.

Trains
Train travel in Indonesia is restricted to Java and a small network in Sumatra.

In Java, trains are among the most comfortable, fastest and easiest ways to travel. In the east, the railway service connects with the ferry to Bali, and in the west with the ferry to Sumatra. Sumatra’s limited rail network runs in the south from Bandarlampung to Lubuklinggau, and in the north from Medan to Tanjung Balai and Rantau Prapat.

With services in major cities and tourist areas including south Bali, Bluebird Taxis (www.bluebirdgroup.com) is a good choice as drivers use the meter, speak some English and are honest. The smartphone app makes ordering a taxi a breeze.

The Southeast Asian ridesharing app Grab (www.grab.com/id) has bought Uber’s Indonesian operation and is active in larger cities and towns and tourist areas.

At airports, taxis sometimes operate on a prepaid system, payable at the relevant booth.

Bus
Large buses aren’t used much as a means of city transport except on Java. There’s an extensive system of buses in Jakarta, and these are universally cheap.

Ojek
Ojeks (or ojegs) are motorcycle riders who take pillion passengers for a bargainable price. They are found at bus terminals and markets, or just hanging around at crossroads. They will take you around town and go where no other public transport exists, or along roads that are impassable in any other vehicle. They are the preferred method for navigating Jakarta traffic. They can also be rented by the hour for sightseeing.

Go-jek (www.go-jek.com) is an Uber-style service where you can order an ojek using a smartphone app at a fair price. It operates in major cities.

All travelers to Indonesia must be in possession of a Passport that is valid for at least six (6) months from the date of arrival and have proof (tickets) of onward or return passage. By Presidential Decree of 21 of 2016 dated on 2 March 2016 on Visa Free, replacing Presidential Regulation Number 104/2015 on Amendments to Presidential Regulation Number 69/2015 on Visa Free, Indonesia now provides special Short Stay Visa Free facilities for tourists who are nationals of a total 169 countries who wish to travel to Indonesia.

Tourist Visa Free Facilities are valid for 30 days, are non-extendable and cannot be transferred into any other type of stay permit.

The visa exemption facility can be used for tourism, family visit, social visit, art and cultural, government duty, to deliver a speech or attend a seminar, international exhibition, meetings with head office or representative office in Indonesia, or transit.

More information on the types of visa needed can be found at More Information on immigration available at: http://www.imigrasi.go.id

The Indonesian Government extends Visa on Arrival (VoA) to nationals of 61 countries which can be obtained at designated entry airports and sea ports. Visa-on-Arrival are valid for 30 days and are extendable with another 30 days to be applied at Immigration offices in Indonesia. Visas cost US$35

Visitors from other countries must apply for visa at Indonesia Embassies or Consulates in their home country. In addition, visas cannot be replaced with any other immigration letters. The visa shall then be administered by  the Visa Officer in the presence of the applicant concerned.

Free entry visa is also provided to delegates registered in a conference that is officially convened. In addition, tourist visa can be obtained from every Indonesian Embassy or Consulate. You can visit Indonesia through certain means and gates, by air via Jakarta, Bali, Medan, Manado, Biak, Ambon, Surabaya and Batam; by sea via Semarang, Jakarta, Bali, Pontianak, Balikpapan, Tanjung Pinang and Kupang. Maximum stay in Indonesia is two months.

You may find information on Indonesia embassies and consulates contact details at the Ministry of Foreign Affair website on the following direct link: http://www.kemlu.go.id/

There are various sectors that are closed to foreign investment, however for information on those sectors that are open then visit the Negative Investment List.  In Nov the government is set to revise Indonesia’s negative investment list to allow full foreign ownership in 25 industries in a bid to attract more investment into the country.

In case a sector is partially closed to foreign investment, then the list states the maximum allowed percentage of foreign ownership. This means that you will need to have a local (Indonesian) partner in order to engage in business in that particular sector.

Public healthcare in Indonesia is a little and miss and therefore private healthcare is recommended. Overseas workers living in Indonesia are not covered under the universal healthcare scheme so therefore comprehensive medical insurance is essential as well as giving piece of mind.

If you are setting up a company in Indonesia and are looking to bring in workers from abroad then ensuring that family cover is included for your staff will be a added benefit and reassurance.

Private medical care can be expensive in Indonesia however it does offer the best solution to foreign workers and suit their requirements. What private healthcare usually offers are better services and standards and staff that can relate easily enough in English.

Indonesia has a relatively moderate safety risk – some parts are very safe, others are very dangerous. It is ranked 72nd out of 162 on the ranking of the safest and most dangerous cities (Source SafeAround). Like most countries, it is in general a safe place to live and as with many Asian countries there are cultural differences to those in the western world that have to be considered and respected. 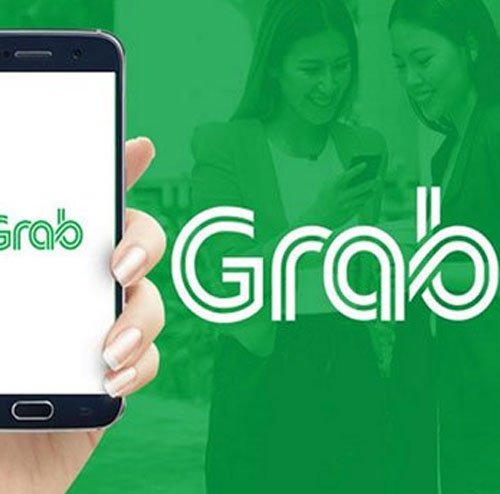 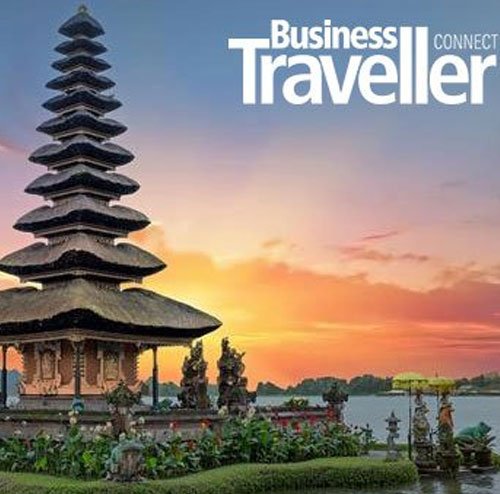 Planning an Exhibition or Corporate event. Then check out the in-depth videos on the Bali City Focus page and learn more about How to do Business in Bali

Business Travellers recommended partners to do business with in Indonesia