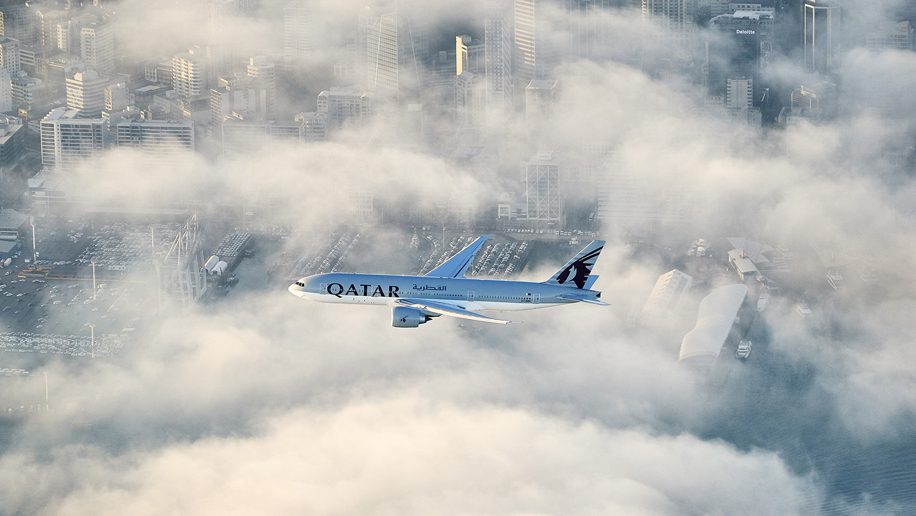 Qatar Airways’ new service between Doha and Auckland has taken the crown as the world’s longest commercial flight following its inaugural flight, which touched down in Auckland yesterday morning.

The Boeing 777 flight takes approximately 17 hours and 30 minutes and covers a distance of 14,535 kilometres – slightly more than the 14,498 kilometres that will be flown by Qantas’s recently announced Perth-London flight, due to take off in March 2018.

Qatar Airways’ new route is its first destination in New Zealand and its first new launch of 2017, the airline’s 20th year of operation. The arrival of Qatar Airways’ inaugural flight on the new route also coincided with Waitangi Day, an important New Zealand holiday that celebrates the signing of a treaty giving the country’s Maori people the same rights as the British.

Speaking about the new route, Auckland Airport CEO, Adrian Littlewood, said: “We expect this route to be very popular with visitors to New Zealand and with New Zealanders travelling, particularly between this country and Europe.”

Gulf Cooperation Council (GCC) citizens, who include those from Bahrain, Kuwait, Oman, Qatar, Saudi Arabia and the UAE, are eligible for a 90-day tourist visa on arrival in New Zealand. Meanwhile, Qatar last year extended its transit visa scheme to cover up to 96 hours visa free.

The B777 that Qatar Airways is deploying on the route has a two-class configuration with 42 business and 217 economy class seats. The aircraft offers fully flat business class seating – a welcome feature on the ultra-long-haul flight – with a 78-inch pitch.

Details of the new Qatar Airways service are as follows (all times local):