American Airlines has removed the B737 Max from its schedules up to December 3, as uncertainty remains over when the Boeing aircraft will be allowed to fly again.

The US carrier had previously cancelled B737 Max flights up to November 2, and in July said that the grounding of the aircraft will impact its pre-tax profits for this year by approximately $400 million.

AA currently has 24 B737 Max 8 aircraft in its fleet, with another 76 on order. In a statement the airline said:

“American Airlines remains confident that impending software updates to the Boeing 737 Max, along with the new training elements Boeing is developing in coordination with our union partners, will lead to recertification of the aircraft this year.

“We are in continuous contact with the Federal Aviation Administration (FAA), Department of Transportation (DOT), National Transportation Safety Board (NTSB) and other regulatory authorities.

“American is extending cancellations for the Max through December 3. By doing so, our customers and team members can more reliably plan their upcoming travel on American. In total, approximately 140 flights per day will be cancelled through December 3.”

Last week Southwest Airlines extended its B737 Max cancellations through until January 5, 2020, stating that the move would “proactively remove an average of more than 200 weekday flights from our schedule”. 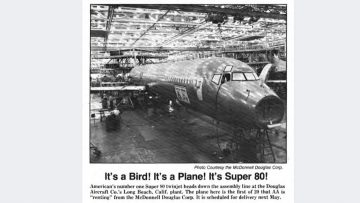