Saudi Arabian low-cost carrier Flyadeal has cancelled an order for up to 50 Boeing B737 Max 8 aircraft and decided to take up to 50 A320 Neos from rival manufacturer Airbus instead.

“We understand that Flyadeal will not finalise its commitment to the 737 Max at this time given the airline’s schedule requirements,” Boeing told Bloomberg yesterday in an email.

The order had not yet been finalised.

In an interview with Reuters in late April before the decision to cancel the order was announced, Flyadeal’s chief executive officer Con Korfiatis said the airline had not finalised contractual terms and would be able to cancel the order – which included 30 firm aircraft and 20 options – if it wanted to do so.

“It was effectively on the basis of an MoU (memorandum of understanding) subject to final agreements. We haven’t signed final contracts,” Korfiatis said in that interview.

In a press release issued yesterday, Flyadeal – which was launched on September 23, 2017 by its parent Saudi flag carrier Saudi Arabian Airlines (Saudia) – announced an order for 30 Airbus A320 Neo aircraft, with options for a further 20. Deliveries of the aircraft will start from 2021.

“This is in response to continuing growth in passenger demand across domestic, regional and international routes,” the airline said, without mentioning the Max order cancellation.

The allocation of the new aircraft to Flyadeal follows from the agreement which Saudia signed during the Paris Air Show in June this year, Flyadeal added. That agreement was for a total of 100 aircraft.

“The additional aircraft are part of the dual brand strategy of the Saudi Arabian Airlines Corporation where Flyadeal serves the price conscious customer that is seeking Everyday Low Fares,” Flyadeal said. 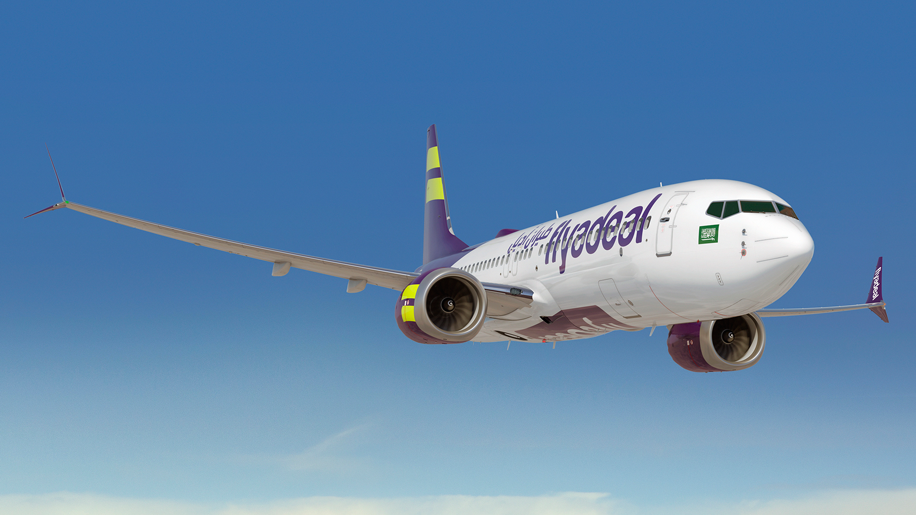 In a statement provided to Business Traveller Asia-Pacific, Boeing said: “Boeing is proud of its seven-decade long partnership with Saudi Arabia’s aviation industry and we wish the Flyadeal team well as it builds out its operations. Our team continues to focus on safely returning the 737 Max to service and resuming deliveries of Max airplanes.”

This is the first customer that Boeing has lost after the global grounding of its Max aircraft fleet following two fatal crashes in less than a year. The manufacturer came close to losing an order in March when Indonesian flag carrier Garuda Indonesia said it had sent a letter to Boeing requesting that its order for 49 Boeing 737 Max aircraft be cancelled (one aircraft out of the order for 50 had already been delivered).

However, the airline backtracked somewhat the following month. Garuda’s president Ari Ashkara told the Nikkei Asian Review that his airline would replace the orders with Max 10s, a larger variant of the Max, and B787 Dreamliners, a new generation wide-body aircraft.

He said in that interview that the value of the new deal will be roughly the same as the Max 8 orders, adding that the airline “believes in Boeing aircraft and its technological capabilities.”