American Airlines has been forced to extend flight cancellations due to the grounding of the B737 Max until August 19.

The US carrier has been cancelling around 90 flights per day since the new generation Boeing aircraft was grounded in March, following the second fatal accident involving the jet.

AA said that updated plans will see around 115 daily flights cancelled until mid-August, equating to around 1.5 per cent of services.

In a statement the airline said that “Based upon our ongoing work with the Federal Aviation Administration (FAA) and Boeing, we are highly confident that the Max will be recertified prior to this time”.

But it added that “by extending our cancellations through the summer, we can plan more reliably for the peak travel season and provide confidence to our customers and team members when it comes to their travel plans”.

“Once the Max is recertified, we anticipate bringing our Max aircraft back on line as spares to supplement our operation as needed during the summer,” continued the carrier.

AA said that its reservations team will contact affected customers directly, with passengers on cancelled flights given the choice of rebooking or obtaining a refund.

Nearly 400 B737 Max aircraft have been delivered to carriers worldwide, with Southwest currently the largest operator with 31 aircraft in its fleet. 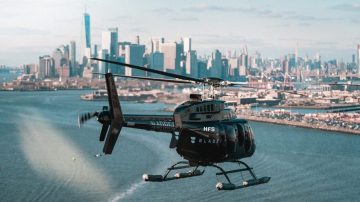