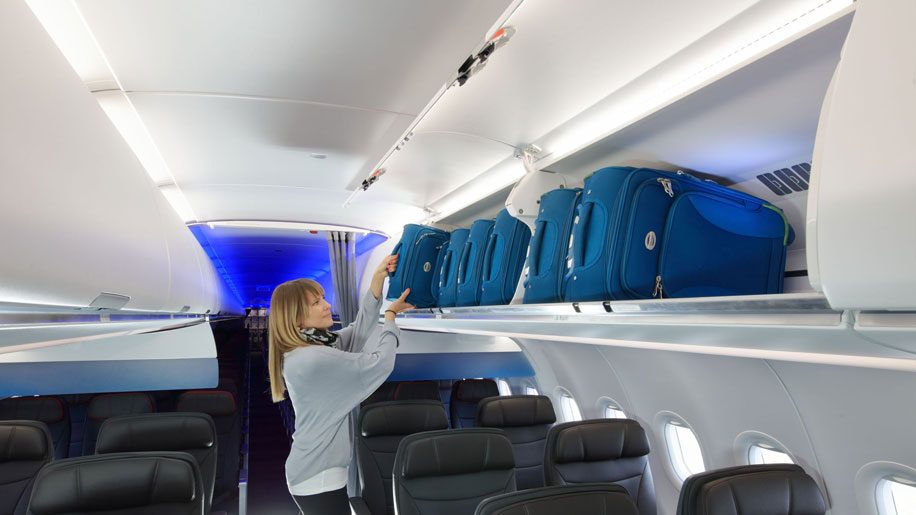 American Airlines has launched the first scheduled flights with its A321 neo aircraft.

The aircraft is configured with 196 seats including 20 seats in first class, and it also features the new Airspace XL overhead luggage bins, for which AA is the launch customer.

The bins provide around 40 per cent more overhead storage space, and are set to be retrofitted to over 200 of the carrier’s existing A321 aircraft.

American Airlines said the new bins can accommodate larger luggage (up to 24 inches x 16 inches x 10 inches), allowing standard carry-on bags to be loaded on their sides, which in turn creates space for up to four bags per bin instead of the current three.

The airline said this would significantly reduce the number of passenger bags it needs to check in and send to the cargo hold at the gate.

AA has a total of 100 of the new-generation A321 neo aircraft on order, which are certified for lengthly flights over water, allowing it to carry larger loads on routes including LA and Phoenix to Orlando, and from its west coast hubs to Hawaii.

“We are very pleased that American Airlines’ first A321neos with the Airspace XL bins are now entering service.

“We constantly work with airline customers to improve our aircraft cabins, and American in particular played an instrumental role with us in developing our biggest and best overhead bins to date.”

Last month rival US carrier Jetblue launched its newest A320 cabin interiors, featuring the Collins Meridian seat which it says offers “the widest seats available for this aircraft”.