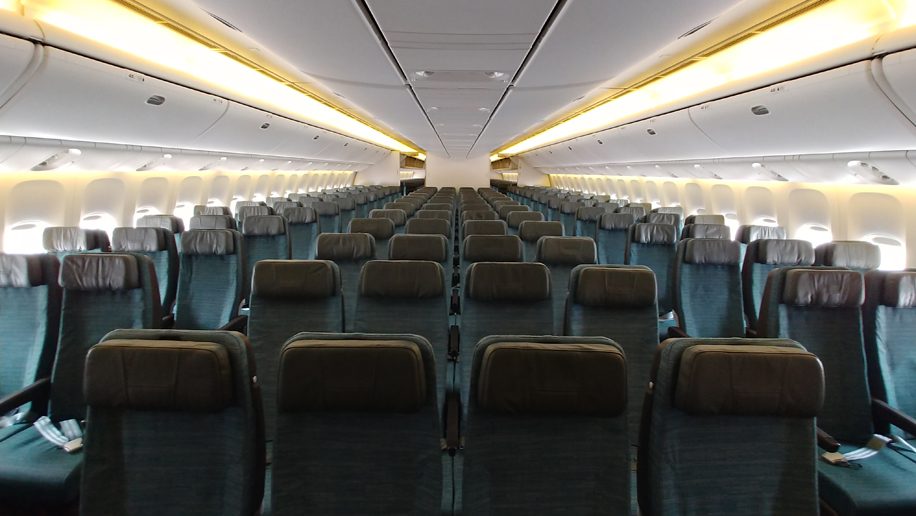 Hong Kong’s flag carrier has come under constant fire ever since it announced its plans to switch from the more spacious nine-across seating layout in economy class on board its Boeing 777 aircraft to a more snug 10-across configuration. And while it was one of the last airlines to still offer a nine-across layout, in April this year the first of its new configuration aircraft re-entered service on its Nagoya flights.

But a new layout wasn’t all that was new. Cathay Pacific rolled out a redesigned seat product for the B777 that are similar to those offered on board its Airbus A350 aircraft, but that are also slimline and have a relocated in-flight entertainment box, resulting in a 32-inch pitch. As for the width of the new seat in the 10-across layout? It’s definitely more snug at 17.2 inches compared to the previous 18.1-18.5 inches. 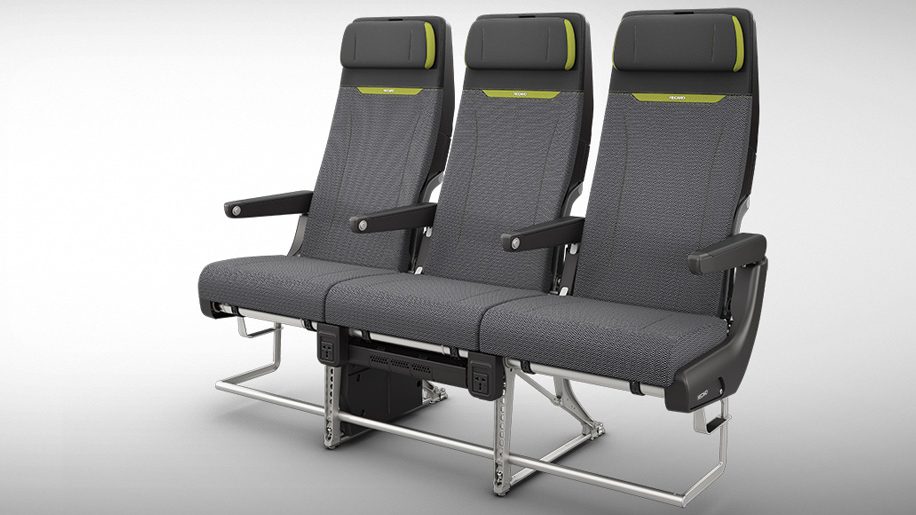 This speculation only increased back in April this year, when the airline announced it would be ordering Recaro CL3710 slimline seating for its B777X and A350 aircraft. These seats are designed to be slender, enabling airlines to squeeze more seats into the economy class cabin, with the seat’s launch customer KLM switching from a nine- to 10-across configuration back in 2014.

But Singapore Airlines has yet to confirm how it plans to lay out its cabins on the B777X and A350. So until then, we’ll be in the dark as to exactly how much space these seats will offer. 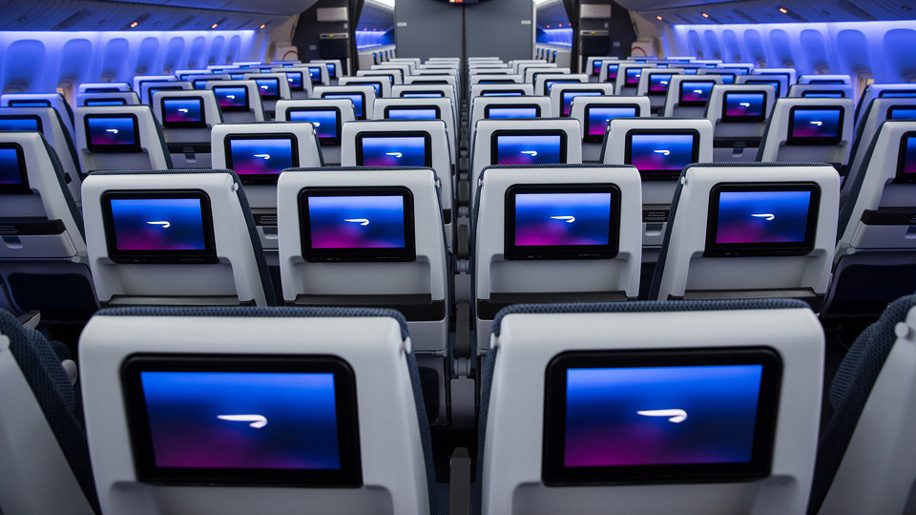 UK flag carrier British Airways is revamping its economy class seats in a number of its aircraft, notably the B777 – which, you guessed it, will feature 10-across seating – and the A320neo and A321neo.

For the B777 seats, which will appear on British Airways’ routes from London Gatwick and select routes from London Heathrow, the in-flight entertainment (IFE) screen has been enlarged from six inches to 10 and comes equipped with gesture control, while the headrests offer six-way adjustable movement and the centre arm rests can be moved.

For the seats on the A320neo and A321neo, the airline is adopting non-reclining slimline Recaro SL3510 seats. These will appear on row 12 onwards in Euro Traveller, its intra-Europe economy class. 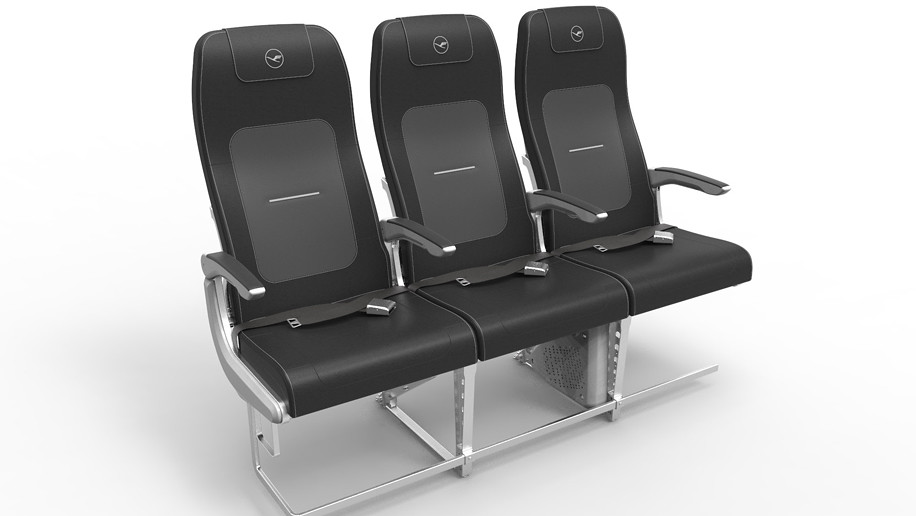 All three of Lufthansa Group’s carriers – Lufthansa, Austrian Airlines and Swiss – are getting new seats in both economy and business class across their A320s starting from next year, in an effort to standardise seating across the three carriers’ fleets.

That being said, the seat products for the business class and economy class don’t actually differ all that much. As is rather common for airlines flying within European flights, business class is simply comprised of economy class seating but with the centre seat kept empty.

Not a lot is known about Brussels Airlines’ new planned cabin interiors for its long-haul A330 aircraft, other than the fact that it is launching new products in economy, premium economy and business developed by JPA Design.

The seats are expected to roll out at towards the end of this year, with JPA Design having been briefed “to capture the fun and vibrant personality of the airline’s brand” in the new products.

Brussels Airlines’ current A330 economy class seats are pictured above. 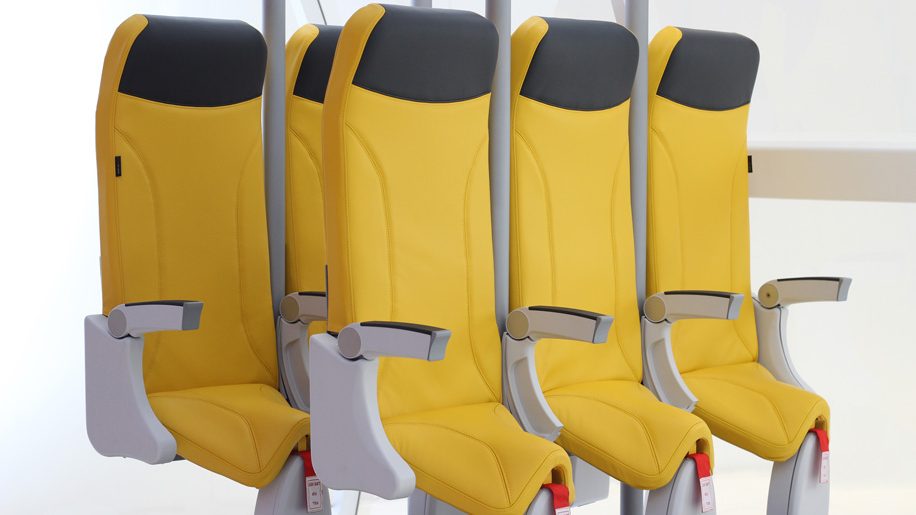 It’s worth stating off the bat that no airlines have yet announced plans to actually adopt the new Aviointeriors Skyrider 2.0 seat, which was unveiled back in April at the Aircraft Interiors Expo 2018. Nonetheless, it paints an interesting picture of where ultra-budget travel could be heading in the future.

The unique design notably has passengers seated in a more upright position, almost like a roller coaster seat – a feature the manufacturer says enables a passenger number increase of 20 per cent. The downside, clearly, is that passengers would have far less space to actually use. According to The Points Guy, seats would have a pitch of just 23 inches and little room would be available for personal items in or under the seats themselves. 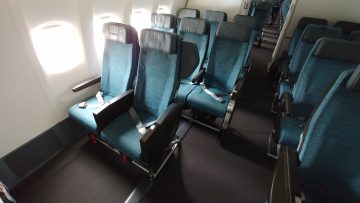 News
Silkair to merge into Singapore Airlines, get lie-flat seats
18 May 2018
Loading...