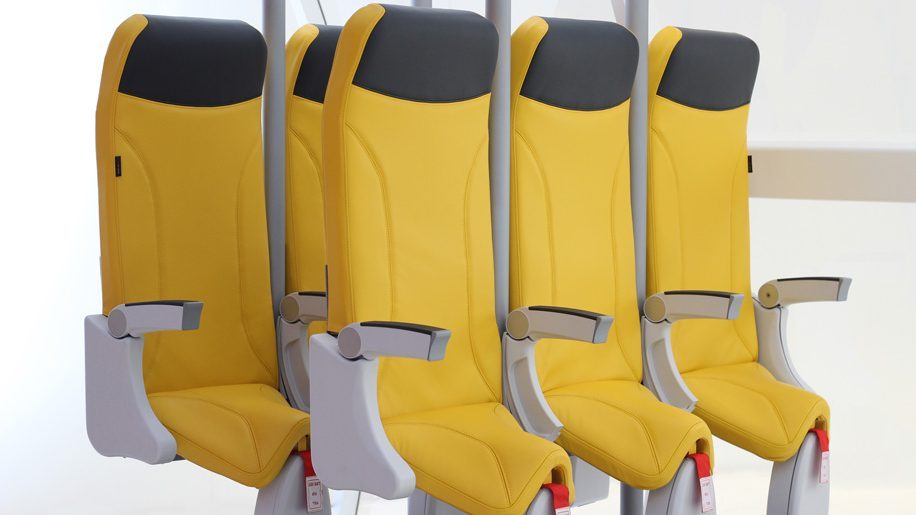 If you’ve ever ridden a stand-up rollercoaster, you probably have a good idea of what it would be like to “sit” in a new seat design being proposed for budget-class airline cabins.

The Aviointeriors Skyrider 2.0 seat introduced at the Aircraft Interiors Expo 2018 this week is more akin to riding a horse than sitting in a chair — saddle included.

The good news: dangling legs have plenty of room to stretch. The bad news: this is “ultra high density” seating, with just 23 inches of seat pitch, according to The Points Guy. There would also be little or no room for personal items at or under the seats.

“Skyrider 2.0 opens the travelling experience to a wider passenger market, creating also a useful space for the introduction mixed classes boarded on the same aircraft,” according to Aviointeriors.

“Its main feature is the original bottom that ensures an increased upright passenger position allowing installation of the seat at a reduced pitch, while maintaining an adequate comfort.”

Aviointeriors called the upright seats the “new frontier of low cost tickets and offering a possibility to fly to whom today cannot afford it,” allowing airlines to squeeze 20 per cent more seats into their cabins.

Airlines are expected to install only a few rows of the seats, not an entire cabin’s worth. “Aircraft are certified to carry a certain number of passengers, and one with solely Skyrider seating would have far too many passengers to fly,” The Points Guy noted.

No airlines have yet purchased the seats, however. 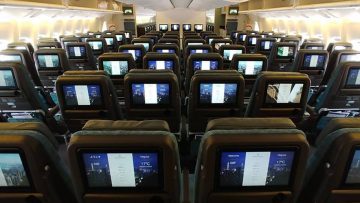 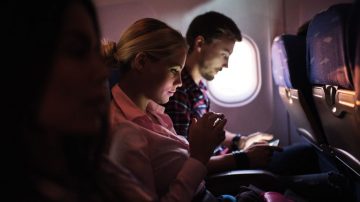