Easyjet has announced four new partner airlines as part of its growing Worldwide by Easyjet offering.

The service was launched earlier this month, allowing connections at Gatwick airport between Easyjet, Norwegian and Westjet, as well as the sale of standalone tickets for Loganair on easyjet.com.

The carrier will now extend the service, with the sale of standalone tickets for four more carriers on its website “by the end of the year”.

Easyjet says that the four airline carry nearly three million passengers per year, and “operate complementary networks to Easyjet and will allow Easyjet passengers to easily book onward flights, for example, from Milan Malpensa to Madagascar or from London Gatwick to Guernsey”.

The low-cost carrier also said that the new partners “will now have access to one of the biggest travel websites in Europe, easyjet.com, which had around 360 million visits in the past twelve months”.

In the case of Aurigny, customers will be able to “seamlessly connect their Easyjet flight with Aurigny’s flights using the Gatwick Connects product”.

French carrier La Compagnie offers all business class flights between Paris and New York, and Jean Charles Périno, EVP Commercial and Marketing for the airline said that the partnership would be “a great accelerator for La Compagnie to reach new customers beyond Paris”.

Easyjet has also confirmed that its flights will be included in Google Flights “in the coming weeks”, with the Worldwide by Easyjet product to follow.

The carrier said it would continue to sign up other airlines to the offering, which it describes as “the first global airline connections service by a European low fares airline”.

“The response to Worldwide by Easyjet has been fantastic and we are excited to be meeting more latent customer demand through today’s new partnerships. The take up from customers in Jersey gives us confidence that we will see similar demand from Guernsey following our partnership with Aurigny.

“Partnering with Neos, LaCompagnie and Corsair further extends the range of destinations we can serve our European customers and we will be working with our partners to roll-out the self-connect product to relevant airports.”

Loading comments...
Read Next
New San Francisco-Santa Rosa flight is the shortest in the US
Read Previous
Lufthansa returns to Berlin 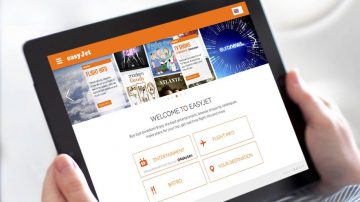