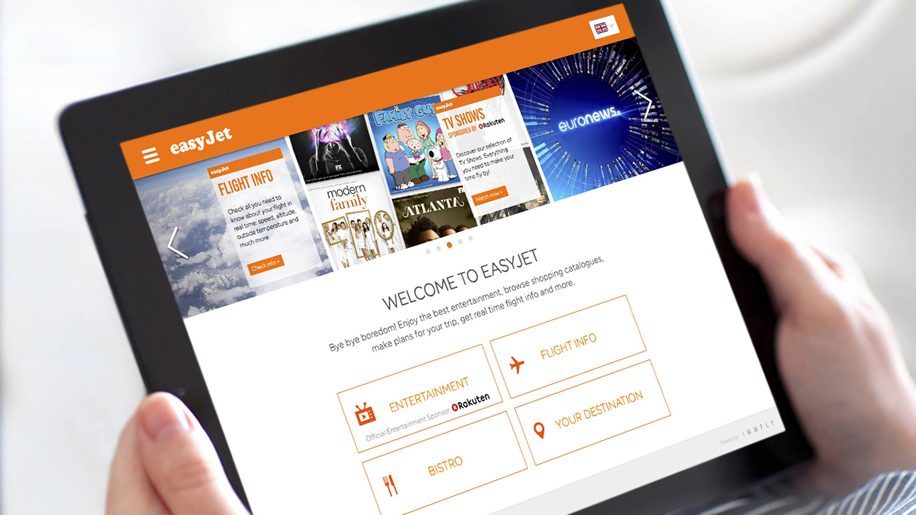 Easyjet is to offer a new in-flight entertainment offering in partnership with digital platform provider Immfly.

The service will launch on five aircraft this autumn, with passengers able to access “curated content”, “valuable information” and “offers and services” through their personal devices.

Content will be free to access, with Easyjet’s Immfly platform being sponsored by Rakuten, described as “a global leader in internet services with over one billion members worldwide and an ecosystem of more than 70 services”.

According to the press release the platform will offer:

“‘Air Time’ will allow us for the first time to offer customers in-flight entertainment in a way which replicates how they consume their media at home.

“We are delighted to be collaborating with other innovative partners, such as Rakuten who will help us curate engaging content, and Immfly who are providing the unique Easyjet portal with a dedicated customer support team, ensuring that Easyjet crew are able to continue conducting an excellent standard of safety-focused service and on-board hospitality.”

The Immfly technology requires inflight wifi to operate, but before travellers get excited (or angry), this doesn’t mean there will be a wider wifi service on the five aircraft offering the Immfly platform. A spokesperson for Easyjet said that the technology would operate via a “closed wifi network”.