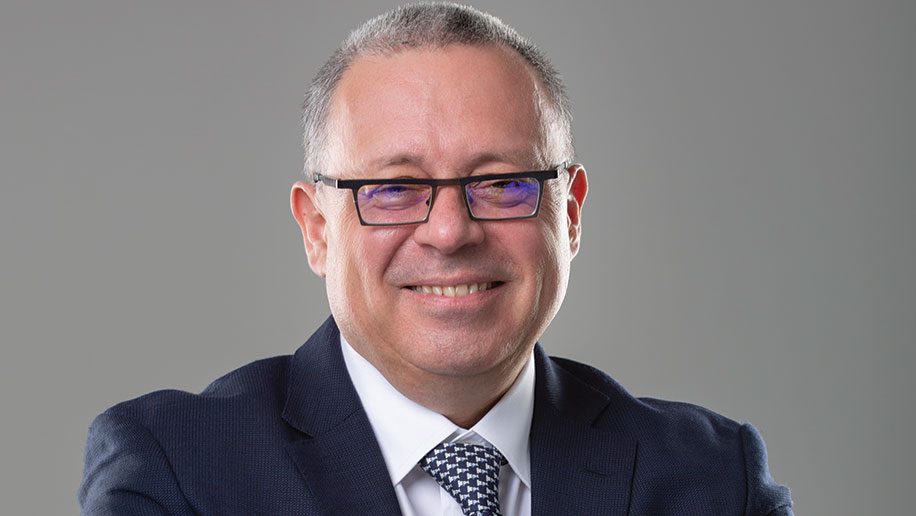 Recently, Qatar Tourism published figures which showed that it had made a stellar recovery from the pandemic-induced setbacks in terms of visitor numbers. It said that its international arrivals from January-June this year stood at 729,000 – which was 19 per cent more than the 611,000 number it clocked for the full year of 2021. Bear in mind that it blew past its 2021 figures well before the FIFA World Cup 2022 Qatar even begins. Qatar expects to attract approximately 1.2 million visitors for the World Cup, with the event forecasted to add around US$17 billion to its national economy.

Capitalising on the current tourist boom is one thing – making sure that there is sustainable growth is another. “Last year, we were asked by the Supreme Council for Economic Affairs and Investment to come up with a ten-year plan that included our strategy and metrics. Tourism contributes about 6-7 per cent of GDP. In the plan, we’re essentially doubling that to 12 per cent by 2030,” says Berthold Trenkel, chief operating officer at Qatar Tourism. That 12 per cent figure, he adds, includes both the direct and indirect impact of tourism, which means it takes into account the spending and living costs incurred by the hundreds of thousands of stakeholders supporting the entire tourism ecosystem within Qatar.

“When it comes to employment, pre-Covid, the tourism sector [in Qatar] had around 120,000 employees. To double the contribution to GDP, we should be growing this to around 220,000-250,000 employees,” notes Trenkel.

Reaching the 12 per cent mark would also make tourism one of the top three sectors contributing to the economy. That is a major shift considering that carbon-related industries, construction and infrastructure, healthcare, logistics and education were traditionally the focus sectors for Qatar. Tourism has now earned itself a seat at the high table.

The country is buzzing with major tourism projects in the pipeline. These include Doha Winter Wonderland on Al Maha Island which is a 200,000 sqm property and will be operated by IMG (International Marketing Group) – the same firm that manages Hyde Park Winter Wonderland after which the Doha venue is modelled. The Fuwairit Kite Beach resort meanwhile will allow visitors to indulge in scuba diving, parasailing, snorkelling – and, of course, kitesurfing for nine months of the year. Another major upcoming attraction is the Qetaifan Island North which will include a special fan zone for the World Cup, and is being referred to as an “Entertainment Island” which will include floating hotels, a water park and beach clubs.

Qatar expects to attract six million visitors annually by 2030. To support the growth of tourism in the country, a number of new luxury properties have either recently opened or will do so imminently. It includes Accor’s Fairmont and Raffles which has opened in the iconic Katara Towers in Doha, one of London’s most famous properties – The Ned – which will likely open this year, as well as existing properties such as the Hilton Salwa Beach Resort and Villas and the wellness-focused Zulal Wellness Resort by Chiva-Som.

While these properties are in the high-end range, Qatar will also have to accommodate those who might want a holiday on more modest budgets too. “We are in discussion with the private sector on the hotel investment side to encourage growth within the affordable accommodation segment to balance the portfolio. How do we make sure we don’t have just exceptional five-star hotels, but also good and affordable three- and four-star accommodation,” says Trenkel.

Engaging the private sector is vital to the growth of tourism in the country, but introducing regulations that streamline the processes is equally important and is something Trenkel and his team are carefully considering. “The tricky part is to get the balance right. You need some level of regulation, but you don’t want to over-regulate. This whole regulation strategy is something we’ve been working on over the last two years with consultants. There were a few areas where the regulation was not very mature, for example, adventure tourism and activities in the desert that either had no regulations or very light regulations. We’re making them much more professional and robust. And that impacts the private sector because we’re putting standards in place for them to have either a license or to go through inspections.”

Accelerating growth
Doha’s Hamad International airport – Qatar’s main airport – will be able to host 58 million passengers after phase A of its expansion plan concludes. Phase B of that programme will begin next year and will further boost its capacity to more than 60 million passengers.

Under Trenkel’s watch, Qatar Tourism launched a marketing campaign aimed at capturing the attention of those millions of arrivals – especially those transiting through Doha – to discover the country over the course of 48 hours. It got none other than superstar David Beckham – who has over 75 million followers on Instagram alone – to front the campaign which it launched in August. In that multi-media campaign, Beckham is seen travelling on a traditional wooden dhow boat, exploring the winding spice markets of Souq Waqif, taking in local street art, cooking tacos, camping in the desert, and riding a motorbike to visit different spots in Doha. He does so with the help of resident expats as well as prominent Qataris such as Sheikha Reem Al Thani, Chef Noor Al Mazroei, filmmaker Hamida Issa Al Kuwari as well as motorcycle champion Saeed Al Sulaiti.

Apart from conducting roadshows in different countries around the world to drum up support within key source markets including India and Saudi Arabia, Qatar Tourism in August also opened its first representative office in Tehran, the capital of Iran. It was its 13th global opening amidst an international network of representative offices which currently span markets including Australia, India, China and the US.

The chairman of Qatar Tourism – Akbar Al Baker – is also the group chief executive officer at Qatar Airways Group, which in turn lends a coordinated approach to the country’s tourism growth. “That’s a huge opportunity for us,” says Trenkel on the advantages of having a common leadership of both the country’s tourism body and its national airline. “Specifically on tourism where some of the investments are more long term, you need to have partners that look at the bigger picture. He perfectly understands that and the level of collaboration between us and the airline is amazing, because we get insights from the airline with data on what’s happening which other tourism bodies don’t have.”

Inside Accor’s stunning new Raffles and Fairmont hotels in Doha

In June, Qatar Airways Group reported a record net profit of US$1.54 billion during the fiscal year 2021-22, 200 per cent more than its highest reported profit over the last 25 years that it has been operational. Passenger revenue increased by 210 per cent over the previous year, with it having carried 18.5 million passengers, an increase of 218 per cent year-on-year. The airline’s interests are well aligned with that of Qatar Tourism.

To accommodate the surge in visitors over the World Cup, Qatar will open its old airport in Doha to complement operations at Hamad International. At its peak, Qatar expects approximately 100,000 arrivals a day during the World Cup. Encouraging repeat visitations will be crucial as Qatar aims to build on the boost to its tourism figures that the World Cup will no doubt lend. There’s a solid post-World Cup strategy in place. “Qatar has the National Vision 2030. They also have the Qatar Development Strategy (QDS). QDS 1 was focused on priority sectors. QDS 2 is finishing this year with the World Cup. After that, tourism will be a part of the next development strategy. We’re working with the supreme council on detailing our plans and what we will do with tourism. Within those plans, there are 11 pillars which we need to focus on such as domestic tourism, asset development and cruise tourism. Each pillar has its own project plan and investment so that the numbers are built bottom up with different initiatives implemented, as well as timelines and KPIs put into place,” explains Trenkel. 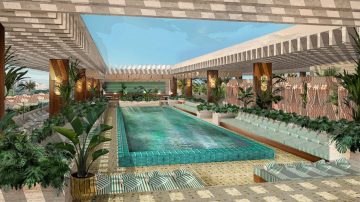 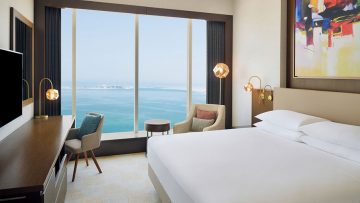 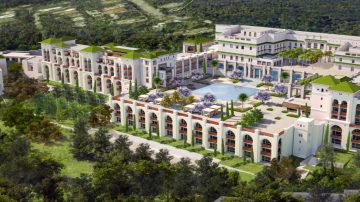