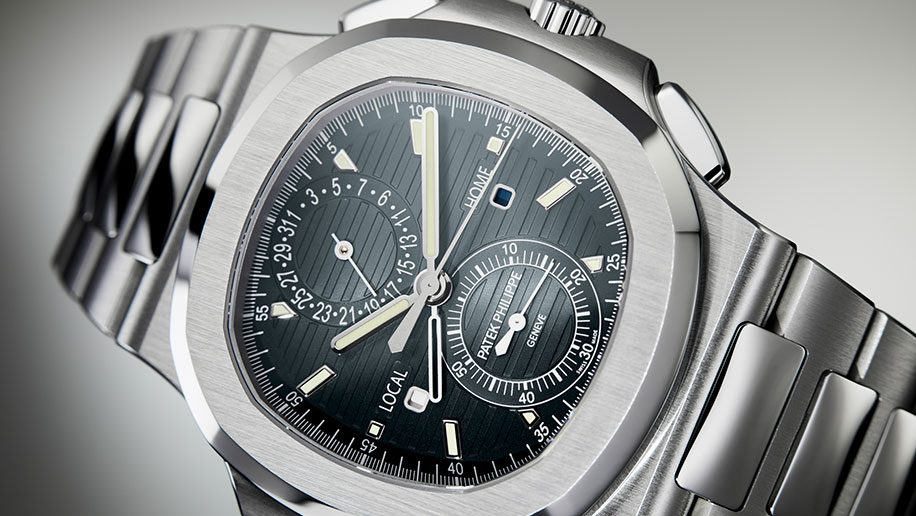 Starting this morning, we can only imagine that the phone lines at the boutique are ringing off the hook. That’s because Patek has just released a series of new novelties that have got watch enthusiasts giddy.

Let’s start with the Nautilus 5811/1G. The 5711 is gone, but can the 5811/1G fill in some rather big shoes? The new two-part case construction in white gold that looks stunning and is backed by the caliber 26-330 SC (the 5711 lives on!) is certainly a strong candidate. The blue dial colour keeps thing in familiar territory for this timepiece.

Next up, we have the 5373P-001 Split-Seconds Monopusher Chronograph perpetual calendar. In April, we saw Rolex showcase its left-handed GMT and now Patek are in on it too with a timepiece that is made for those who wear their watches on their right hand. To do so, the movment has been reversed and the chrono pushers as well as the crown have made their way to the other side of the dial. The crown is now at 9 o’clock instead of 3 o’clock. The manual-winding chronograph movement is the Caliber CHR 27-525 PS Q is now only present in this new piece – it cannot be found in any other Patek model.

Making sure the voices of women are equally heard at the brand, Patek also this morning introduced the new Aquanaut Luce Rainbow Chronograph. It is the first automatic-winding women’s chrono timepiece by the watchmaker and features 50 baguette diamonds and 52 coloured sapphires making sure this timepiece stands out for all the right reasons. The inner row on the bezel consists of 40 flawless rare white Top Wesselton diamonds (2.05 ct) and Patek says that the outer row on that bezel is is set with 40 sapphires in the colors of the rainbow (2.31 ct). The 60-minute chrono counter at 6 o’clock is backed by a flyback chrono mechanism too.

And finally – and perhaps the biggest launch of today – is the new 5990/1A Nautilus in steel. The timepiece is backed by the self-winding caliber CH 28-520 C FUS and supports a travel time feature (as well as useful indications such as a day/night indication in the local and home time zones), date functionality and a flyback chrono. Alongside the 5990/1A, there’s also the rose gold 5712/1R-001 and 7118/1300R-001. But frankly, Patek had us at the mention of steel and we aren’t looking any further. An integrated bracelet (note to other watchmakers: stop trying to copy Patek’s signature look) keeps things classy and although Patek says that this isn’t a limited edition, tough luck trying to secure one. But that shouldn’t stop you from camping outside those newly opened boutiques.