Qatar Airways to reintroduce A380 on Perth route

Qatar Airways has announced plans to serve the Australian city of Perth with its A380 superjumbo from December 6.

The Gulf carrier first launched A380 services to Perth in 2018, but the Covid-19 pandemic led to Qatar Airways grounding its superjumbo fleet, and the daily route is currently being served with a B777-300ER.

The airline had previously stated that it had no plans to bring back its fleet of A380 aircraft, stating that “it is not commercially or environmentally justifiable to operate such a large aircraft in the current market”.

But increased demand following the easing of travel restrictions – along with issues with the carrier’s A350 aircraft and the fact that the FIFA World Cup is being played in Qatar this winter – have led to a change of heart, and Qatar Airways has brought at least some of its A380 aircraft out of storage, albeit on a “temporary” basis.

The carrier also said that the switch was part of its recent strategic partnership with Virgin Australia, which has seen an expansion in codeshares between the two carriers, as well as reciprocal loyalty and lounges benefits.

The change of aircraft on the Doha-Perth route will see the airline offer 517 daily seats on the route, 163 more than on the B777, with eight first class suites, 48 seats in business class and 461 in economy.

Schedules for the A380 services can be seen below.

“We want to demonstrate our commitment to Australia by continuing the work we did during the pandemic to keep Australians connected. It is imperative for Australian travellers to feel welcome in our city whether they are transiting or visiting Doha.

“During the much anticipated FIFA World Cup Qatar 2022, all flights to and from Perth will be scheduled taking into consideration football match timings so that all fans can enjoy the biggest event of the year.” 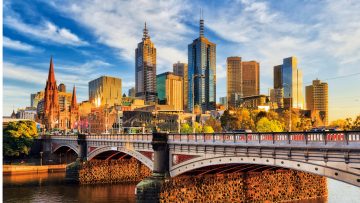 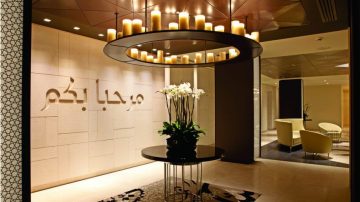 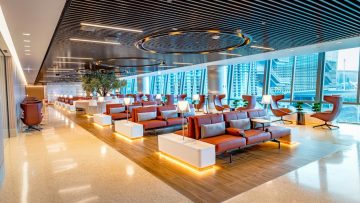 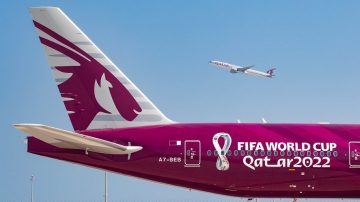