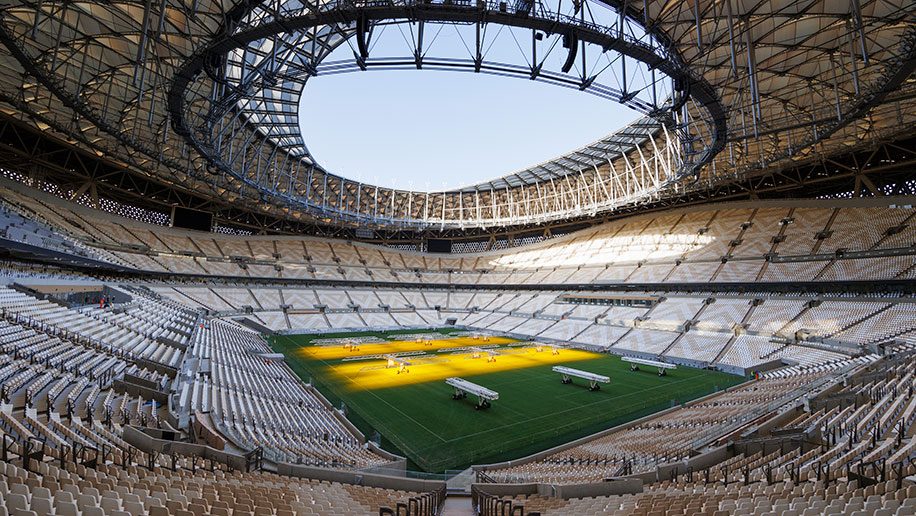 Sixty-four games. Twenty-nine days. That’s how the fate of the one team that lifts the trophy at this year’s quadrennial FIFA World Cup will be determined in Doha. There are eight FIFA World Cup Qatar 2022 stadiums where the world’s attention will be focused as 32 teams compete against each other for one of the sporting world’s biggest and most prestigious trophies.

These eight stadiums that will be in the spotlight include: Khalifa International Stadium, Al Janoub Stadium, Education City Stadium, Ahmad Bin Ali Stadium, Al Thumama Stadium, Stadium 974, Al Bayt Stadium and perhaps the most important one, the Lusail Stadium.

Each of these has a story to tell and a legacy plan post the World Cup too. The Khalifa International Stadium, for example, was inaugurated in 2017 and was the first venue readied for the mega tournament. After the World Cup ends, it will serve as Qatar’s national stadium. The Al Janoub Stadium meanwhile was the first venue to be built from scratch for the tournament – its design inspired by the sails of dhows was conceived by none other than Iraqi-British architect Zaha Hadid.

The Education City Stadium – referred to as “Diamond in the Desert” – will always be remembered as the venue inaugurated in June 2020 during a virtual event which paid rich tribute to frontline healthcare workers who have proved to be absolute heroes since the start of the pandemic. Over at the Ahmad Bin Ali Stadium located in Al Rayyan, more than 90 per cent of the old Ahmad Bin Ali Stadium was reused in the development of the new stadium.

The Al Thumama Stadium, which is situated 12km from the city centre of Doha, was designed by Qatari architect Ibrahim M. Jaidah whose portfolio includes the stunning St. Regis Al Mouj in Oman and the development of the Fuwairit Kitesurf Beach in Qatar. The precinct of the Al Thumama Stadium will feature 50,000 sqm of green spaces.

The 974 in Stadium 974 not only represents the calling code of the country but also the number of shipping containers used in the construction of it – the stadium is the first fully demountable venue in the history of the FIFA World Cup.

The Al Bayt Stadium, the second-largest venue at the tournament with a capacity of 60,000, will in a far-reaching move donate 28,000 seats from the stadium to developing countries after the World Cup ends. And finally, the Foster + Partners-designed Lusail Stadium, whose design resembles the hand-crafted bowls found within the Arab world, is where the finals of the tournament will be played. It is located in Lusail City which will eventually be home to 250,000 people. The legacy plan for it after the World Cup ends is for it to be transformed into a community space and repurposed to include cafés, offices, clinics and schools.

Alongside are some stunning images of the new stadiums – all of which you will be deeply familiar with starting November 20.