Checking in on London’s new hotels 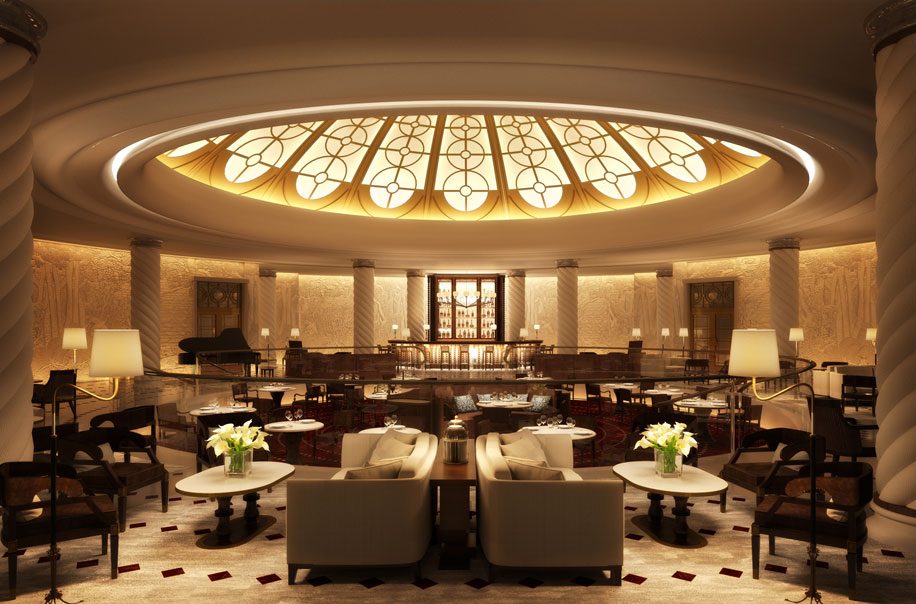 At the end of February, we highlighted ten new hotels coming to London as only a small sample of the significant development the UK capital continues to see.

The months have flown by since, so with less than a quarter left in 2016 we’ll take stock of recent arrivals, hotels still to come before the year is out, and future projects to keep an eye out for.

While the list of developments seems endless, the number of noteworthy openings this year has actually been relatively small. As we expected, the Courthouse Hotel Shoreditch opened with 128 rooms in May, joining its sibling on Great Marlborough Street in the West End. A drink can be had in the bar that incorporates the former magistrates court jail cells, and there is an underground swimming pool.

CitizenM delivered not only on the opening of its new Tower of London flagship over the summer, it also added a Shoreditch outpost shortly after. These additions have taken the Dutch group straight from 192 rooms in London (at its Bankside property behind Tate Modern) to 778 rooms (with 370 at Tower of London and 216 in Shoreditch).

Literally on top of Tower Hill tube station, its flagship is citizenM’s most ambitious hotel to date, with signature Vitra furniture, a beautiful kinetic light installation in the atrium, and dual-height cloudM bar on the top floor with staggering views over the city. A property near St. Paul is still to come, but that will take another couple of years at least. You can read a review here 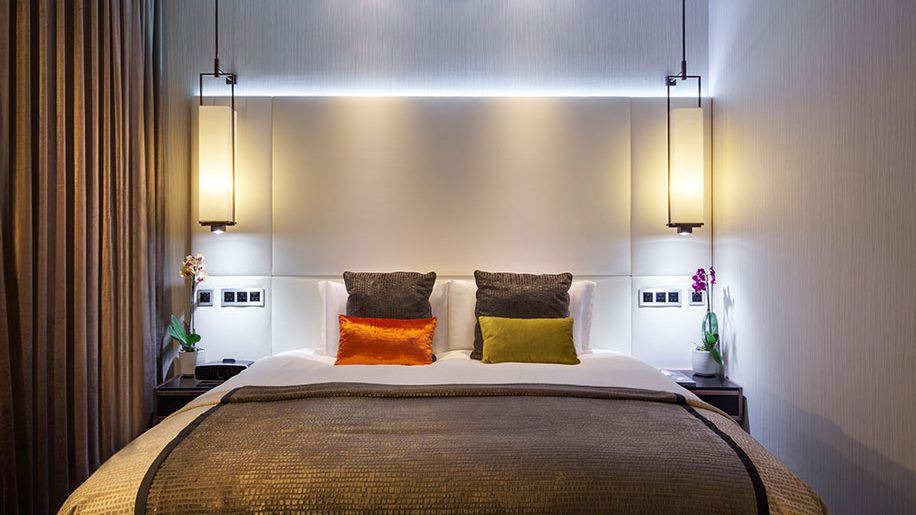 If you want to experience that brand-new-hotel-smell, it doesn’t get any newer than The Montcalm Royal London House, which is arriving this month on Finsbury Square.

Less than ten minutes’ walk from the very angular M by Montcalm Shoreditch (which opened last year), it’s the sixth Montcalm hotel in the city. Inside, you’ll find 256 rooms and a restaurant, with a rooftop bar to come in November.

Meant to open this year is The Lalit London, converting a former grammar school at the southern side of Tower Bridge, nestled against the One Tower Bridge apartment complex. The first London venture of Indian group Lalit Hotels, the property will have 70 rooms and suites as well as an indoor pool. While the website still lacks details, a few shots from inside the historic building can be seen here.

Not making the list of 2016 openings is Four Seasons Hotel London at Ten Trinity Square, which is now accepting reservations from mid-February. Reviving the former Port of London Authority, there are many things to admire both outside and inside the Grade-II listed building.

Pictures of the rooms – done in a muted contemporary style with beautiful mosaic work in some of the bathrooms – are now up on the website, but having had a preview what stuck with us most is the above: the UN Ballroom, where in 1946 the General Assembly of the United Nations held its inaugural reception. If the Beaux Arts-style building already brings an inevitable sense of grandeur to the hotel, standing in this wood-panelled room its history and significance are palpable.

Also listed for ‘early 2017’ is The Ned, a departure for Soho House from the creative grounds of Soho and Shoreditch to the heart of the City.

Taking over the vast Midland Bank on Poultry, this will be seriously expansive place: clocking in at 317,000 square feet, The Ned will have 252 rooms, no less than seven restaurants on the ground floor, a Cowshed spa with pool, a rooftop with pool overlooking St. Paul’s Cathedral, and more.

Having donned a hard hat and walked around, we’re not sure how ‘early’ in 2017 The Ned will be able to open given the amount of work that’s still left to do, but whenever it does, this will be an interesting addition to the city/City hotel scene. Staying the night also gives you membership privileges for the duration of your stay, which includes access to the roof and the bar inside the bank’s former vault.

The Curtain Hotel and Members Club

Speaking of major openings and members clubs in ‘early 2017’, that’s when Michael Achenbaum’s The Curtain Hotel and Members Club should arrive, a stone’s throw from citizenM Shoreditch. Just as with The Ned, we have our reservations when it comes to how much the concept of ‘early’ in the year will need to be stretched to finish the 120 rooms, restaurants, and rooftop pool.

Closer to Old Street roundabout, the original Hoxton hotel will soon have not one but two neighbouring properties to deal with (three if you count the long-stalled art’otel across the street).

Park Regis Shoreditch will have 125 rooms in a new building incorporating the façade of an old pub, while Nobu Shoreditch (above) has risen substantially from its narrow plot on Willow Street. Just a touch larger, it will have 156 rooms and a triple-height restaurant that should raise the stakes in Japanese food in this part of town.

Still without a website, L’Oscar Holborn – a Jacques Garcia project in yet another Grade-II listed building, this time a former Baptist Church headquarters and chapel – should open next year, unless it pulls off a miracle and is completed before the end of December. A small property (we can find room count pegged at either 54 rooms or 67 rooms), it will have various F&B outlets along with a spa, gym, and meeting facilities.

By the summer, the Hotel Russell will start its new life as The Principal London, part of a new brand backed by Starwood Capital Group (also behind eco-friendly 1 Hotels). We don’t have much detail yet on what will be inside, but a first impression can perhaps be taken from the interiors of The Principal York, redone by Goddard Littlefair.

Is there more in 2017? Absolutely. Marriott’s Moxy Hotels should open in three locations: at the ExCel London, in Stratford, and at Heathrow airport. Belmond should reopen The Cadogan, having reduced room count to just 54 rooms. Even smaller is Hotel Costes on Sloane Gardens, at 40 rooms in a former apartment building. Sometime during the year, we expect more details on The Great Scotland Yard Hotel, presumed but not confirmed to be run by German Steigenberger Hotels.

Next year may have its share of major openings, but the more distant future isn’t likely to disappoint either. At some point in the latter part of this decade, André Balazs will bring The Standard London to a former Camden Council building in King’s Cross. That may end up looking something like the above, adding a dramatic few stories to a rather stern-looking existing concrete structure. Just visible on the right is the Gothic Revival exuberance of the Renaissance St. Pancras.

Then there is the Hoxton Southwark (the group’s third in town), the hotel inside the Admiralty Arch (whether indeed an Armani hotel or not), the European arrival of Pan Pacific Hotels inside the 43-story Heron Tower at Liverpool Street, and at some point (though that’s into the next decade), the debut of The Peninsula London.