Battle of the new hotel brands – round 2: luxury 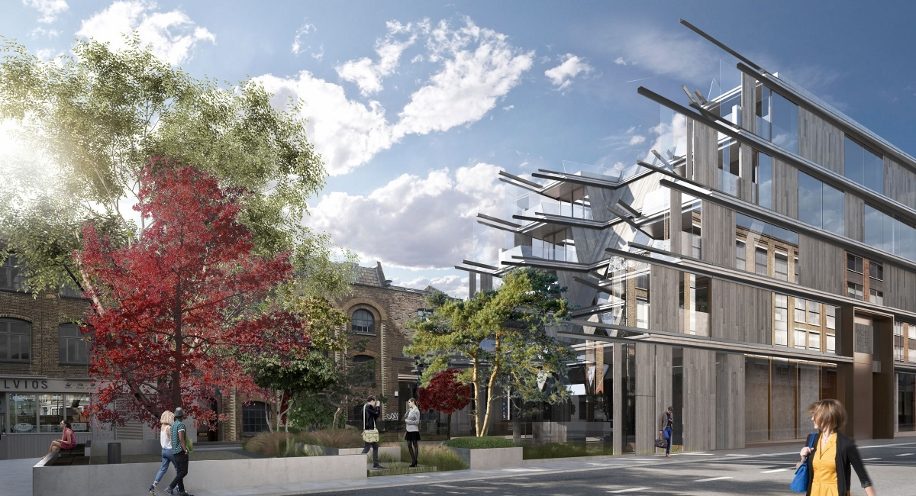 When Marriott International and Starwood Hotels & Resorts merge (now more likely than ever with shareholder approval, see news April 11), the world’s largest hotel company will have a combined market presence spread across a staggering 30 different brands. How many of these will be left say, a decade after the merger, remains to be seen.

But there is no doubt that in the last decade both established chains and new entrants have introduced a wide range of hotel brands to the industry – and much greater choice to the traveller. From Canopy to Tommie and Tru to VENU, the list is long and varied. What’s more, the lag between announcement and delivery can be substantial (see analysis, December 2015).

To recap, we look at recent contestants that have marched onto the hotel stage: what they say they’re all about, where they’ve come from, and where they’re going. Having looked at the long list of millennial brands (see news, April 24), we move upscale to the luxury bracket.

What it’s all about: an ‘urban resort brand that epitomises a contemporary China meaningfully influenced by a long history of cultural traditions… redefine luxury for the hospitality sector in China’
Who’s it from: Adrian Zecha and Duan Qiang
Where: seven planned hotels in China, with Shanghai now open
What you should know: the first Chinese brand of its kind, Ahn Luh is the brainchild of Aman co-founder Adrian Zecha. Ahn Luh Zhujiajiao, in a suburb of Shanghai, incorporates 35 villas built in traditional style surrounding a 600-year old courthouse from the Ming Dynasty What it’s all about: ‘a curated home for the cultured traveller’
Who’s it from: entrepreneur Zied Sanhaji
Where: Paris for now, but other locations should follow
What you should know: Amastan Paris is a hotel particulier on a small street that connects rue Faubourg Saint-Honoré and the Avenue des Champs-Elysées. Just 24 rooms occupy its six floors, with each featuring petrol blue herringbone parquet on the floor and in sections on the wall. There is a private garden, bar, and project space for pop-up installations and projects from ‘the worlds of art, fashion and design’ What it’s all about: a ‘unique international collection of hotels, resorts and residences that will set new standards as the finest luxury lifestyle destination in the world’.
Who’s it from: the fashion house
Where: Milan and Dubai, with London planned
What you should know: while niche with its two hotels (Dubai of course being inside Burj Kalifa, currently the world’s tallest building), Armani is meant to open inside London’s Admiralty Arch. That will take a few years, but if it does it’ll be the only hotel with head-on views of Buckingham Palace across the Mall What it’s all about: ‘we honour the crystal makers’ 250 years of noble heritage and perfect craft by committing ourselves to becoming artisans of service’
Who’s it from: Maison Baccarat
Where: New York, but the list of cities Baccarat wants to open ranges from Los Angeles to London, Paris to Doha, Dubai to Tokyo, and Hong Kong to Sydney
What you should know: the New York hotel combines 114 rooms with 59 residences (see news, March 2015). A few months after opening, the hotel was sold for over $2 million per key, the highest price per room paid for a hotel in the United States What it’s all about: ‘the aim is to convey the excitement of the Bulgari brand, its timeless glamour and its heritage of magnificent Italian jeweller’ [sic]
Who’s it from: the jeweller
Where: Milan, London and Dubai. Shanghai, Beijing and Dubai are due to open in 2017
What you should know: Bulgari is a partner brand of Ritz-Carlton, with its hotels bookable through their website. If the London hotel was considered somewhat over the top when it first opened, in true Dubai style its property there will take things a step further by opening on its own man-made island in the shape of a seahorse What it’s all about: Cheval Blanc ‘visits the prestigious tradition of French hospitality through its collection of one-of-a-kind Maisons: cozy in size, uncompromising in privacy, lavish, designed to deliver the luxury of time amongst family or friends’
Who’s it from: luxury conglomerate LVMH Moët Hennessey Louis Vuitton
Where: Courchevel 1850, St. Barths, the Maldives. Paris is under construction
What you should know: ten years old this year, Cheval Blanc started in appropriately exclusive Courchevel 1850, then heading from snow to sun, with most recently the opening of Cheval Blanc Randheli in the Maldives. A final verdict in the battle over the redevelopment of La Samaritaine means that a Parisian flagship is now on the horizon (see news, March 2016) What it’s all about: Palazzo Versace is ‘the ultimate embodiment of [the Versace lifestyle], a 5-Star hotel designed with elegance, innovation and detail’
Who’s it from: the fashion house
Where: for a long time, Palazzo Versace existed only – somewhat idiosyncratically – on Australia’s Gold Coast. Dubai has recently opened, another project is planned for Macau
What you should know: minimalism is not something Dubai is known for, and you won’t find any inside Palazzo Versace. It’s ‘timeless elegance’ is a bold mix of prints and design across rooms and private residences. When originally planned, the hotel was meant to have a refrigerated beach to keep your toes from burning in the intense heat so common in the emirate What it’s all about: ‘we craft luxury hotels and resorts to create an unforgettable journey; a celebration of individuality, discernment and life lived to the fullest’
Who’s it from: the wealthy Singaporean Kwee family
Where: Singapore, the flagship, will now open in the third quarter of this year. Maldives, Shanghai, Sydney are on the radar
What you should know: the Patina Capitol in Singapore incorporates two heritage buildings along with a modern wing of private residences. The hotel will offer a 24-hr stay regardless of check-in time What it’s all about: ‘by “wrapping” the concept of a luxurious boutique hotel around energized public spaces, Nobu Hotels creates powerful stages for shared experiences of excitement and escapism’
Who’s it from: Nobu Matsushia and Robert de Niro
Where: Las Vegas, Manila, and a range of cities in the US and Europe are in progress
What you should know: having started in Vegas, Nobu is seriously busy with expansion. From Manila to Miami and Malibu to London, a number of hotels are open and under development. A brand new build on Willow Street in London’s Shoreditch will be the brand’s first European hotel What it’s all about: ‘a rare place set aside for those who appreciate a personalized, private luxury resort experience’
Who’s it from: Ritz-Carlton Hotels
Where: Phulay Bay (Thailand), Mandapa (Bali), Dorado Beach (Puerto Rico), with Los Cabos (Mexico), Pearl Island (Panama) and Tamuda Bay (Morocco) to come
What you should know: a sub-brand of Ritz-Carlton, Reserve are small resorts that provide a ‘personalized meaningful escape’ with amenities like dedicated butler service. Mandapa opened last, in a typical Balinese valley with rice paddies, taking out – as happens in heavily developed locations – some of the unspoiled views from Amandari, the Aman resort What it’s all about: ‘our luxury hotel brand, the YOO Collection, brings together Signature Designers and the renowned YOO Design Studio with some of the world’s most sublime destinations and flawless yet personal service’
Who’s it from: John Hitchcox and Philippe Starck
Where: the Philippines (on Boracay Island), with Phuket, Bali, and the English Cotswolds to come
What you should know: YOO Collection is one of two brands from YOO Hotels and Resorts, the other being the hipster version Yoo2. YOO Aqua Boracay will have 168 studios and apartments facing a white-sand beach and should open in the autumn Finally, an example of the length of time that passes between announcement and opening is Clermont Hotels. Introduced by Glh. Hotels (formerly Guoman Hotels) in 2013 (see news October 2013), it set out to ‘redefine’ the luxury hotel, with its first property to open in 2014 in London’s the Royal Horseguards hotel. That hasn’t happened yet, and hotels in Singapore and Kuala Lumpur have disappeared from its website.