Battle of the new hotel brands – round 1: the millennials 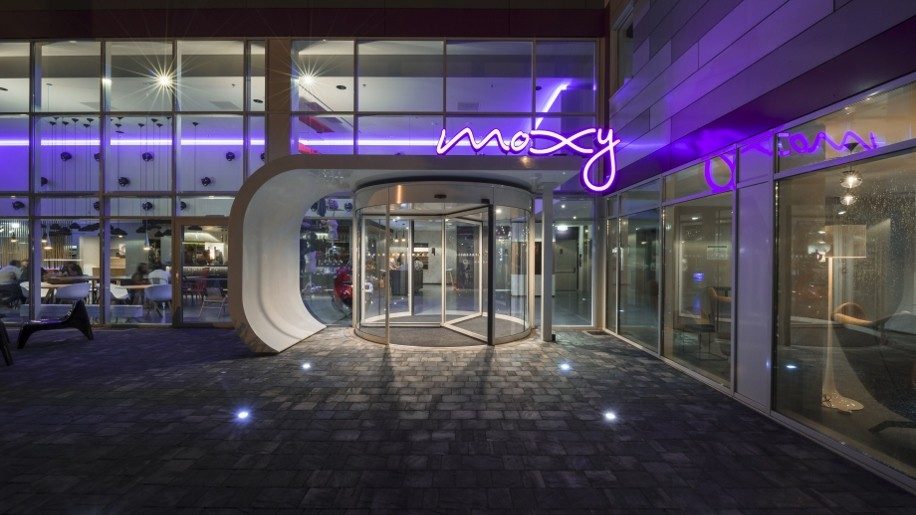 When Marriott International and Starwood Hotels and Resorts merge (now more likely than ever with shareholder approval, see news April 11), the world’s largest hotel company will have a combined market presence spread across a staggering 30 different brands. How many of these will be left say, a decade after the merger, remains to be seen.

But there is no doubt that in the last decade both established chains and new entrants have introduced a wide range of hotel brands to the industry – and much greater choice to the traveller. From Canopy to Tommie and Tru to VENU, the list is long and varied. What’s more, the lag between announcement and delivery can be substantial (see analysis December 2015).

To recap, we look at recent contestants that have marched onto the hotel stage: what they say they’re all about, where they’ve come from, and where they’re going. We’ll start with those that target the darling of the travel industry: millennials.

What it’s all about: ‘a lifestyle micro hotel brand designed to unleash the potential of every interaction, every moment, and every square foot’
Who’s it from: Commune Hotels, also behind Joie de Vivre, Thompson, and Alila
Where: nowhere yet. Tommie Hudson Square should have opened last summer. Then it was accepting reservations from August 1 this year but its website now redirects to a generic Commune page without the option to book, which is somewhat concerning. More hotels on Manhattan and elsewhere should follow
What you should know: Tommie Hudson Square will have 325 rooms, some with ‘alcove’ style beds with integrated flat screen TV. Millennial at every turn – think bearded hipster in the promo clip, yoga in the courtyard, craft beer and street tacos on the roof What it’s all about: ‘focused on the rapidly growing 3-star-tier segment… the millennial traveller, who understands that style can be delivered at attractive prices’
Who’s it from: Marriott International
Where: Milan Malpensa airport and Tempe. New Orleans, Munich and Eschborn should follow in the next months, with a mix of London, Oslo, Nashville and a few others by the end of the year
What you should know: starting out as an airport hotel (see news August 2014), Moxy is reminiscent of Dutch brand Citizen M in some ways – identical and compact rooms focused on a great bed and a great shower at a great price. How it translates in a city environment we’ll know better when locations like London, Munich and New Orleans are up and running What it’s all about: ‘here to wake up the world with smarter alternatives for travellers… a passion for food and beverage, music and culture, fusing along with the local landscape and providing a vibrant and inclusive environment for travelers and locals alike’
Who’s it from: Richard Branson’s Virgin empire
Where: Chicago, with projects in New York, Nashville, Dallas, and Palm Springs underway
What you should know: while Virgin Chicago introduced signature brand elements (the patented bed, the Dressing Room / Lounge, mobile app LUCY), Virgin New York, under construction on Broadway between 29th and 30th (see news March 27), and other properties will have ‘distinct’ design What it’s all about: ‘Zoku, which is Japanese for family, tribe or clan, facilitates global living and working for the traveling professional… Zoku is a new category in the hotel industry’
Who’s it from: Hans Meyer and Marc Jongerius, two Dutch entrepreneurs
Where: Amsterdam is opening late spring (see news February 20), other European cities are to follow
What you should know: promising the ‘end of the hotel room’, Zoku’s main play is the home/office hybrid with a four-person table in the middle of the room, a kitchen, a loft bedroom and gymnast rings for an in-room workout. There are normal rooms as well, including bunk-bed options What it’s all about: ‘Canopy is the fresh, neighborhood hotel that delivers a positive stay’
Who’s it from: Hilton
Where: Canopy Reykjavik is accepting reservations from mid-July (see news, June 2015), with Rockville (MD) a distant second by late 2017, and London (at Aldgate, see news March 7) in early 2018
What you should know: Canopy is the first proper attempt at a new brand since Hilton tried with Denizen, which ended in a painful lawsuit (see news April 2009). More upscale than its even more recent sibling Tru by Hilton What it’s all about: Tru is ‘a revolutionary new brand that is simplified, spirited and grounded in value for guests with a zest for life and a desire for human connection’
Who’s it from: Hilton
Where: Tru already has 102 hotels signed, but a confirmed date for a first property is still to come
What you should know: bursting with neon colours and fluent in millennial lingo (‘we call our re-envisioned lobby “The Hive” for good reason—it’s always abuzz with goings-on’), Tru targets the midscale market (similar to Marriott’s Moxy) What it’s all about: ‘a collection of innovative concepts, citizenM is a hotel driven by one desire: to create affordable luxury for the people’
Who’s it from: Rattan Chadha and Michael Levie
Where: Amsterdam, Rotterdam, London, Paris, New York, Glasgow. The list of target cities is long, its flagship – and largest – hotel at Tower Hill in London should open this year
What you should know: a pioneer of the smaller hotel room focused on a great bed and a great shower, Citizen M is almost a veteran compared to a brand like Tru. Combining those small (prefab and built offsite) rooms with large public spaces to work and socialise, it proved that high quality (e.g. Vitra furniture) and affordable prices aren’t mutually exclusive – though its popularity in London and New York has at times driven prices up to a point where the term ‘affordable’ may be a stretch What it’s all about: a ‘limited feature, four star product, targeted at the global quality-conscious business professional and the savvy city explorer’
Who’s it from: Glh. Hotels, formerly Guoman Hotels
Where: one in London (Piccadilly) with three more to come, 50 planned worldwide by 2020
What you should know: the four London Every Hotels are rebranded Thistle properties, with one of every’s key selling points being ‘the fastest free Wi-Fi in the hotel sector’ – the signal even shows up in the logo What it’s all about: ‘a new urban hotel concept for those looking for style, location and comfort at the right price’
Who’s it from: Premier Inn
Where: three in London (Covent Garden – see Tried & Tested January 2015; Tower Bridge; Spitalfields) and one in Edinburgh (a second one is on its way)
What you should know: taking the small room concept another step further, Hub wants to offer central accommodation with Hypnos beds and monsoon showers at double-digit nightly rates. Through its app, you can control lighting, temperature, radio and TV from your phone What it’s all about: a ‘well-curated, well-crafted collection of hotels that reside in the most dynamic University towns’ in the United States
Who’s it from: Hotel investor AJ Capital Partners Chicago and Gaw Capital Partners Hong Kong
Where: Ann Arbor, Oxford (MS), Charlottesville, Tempe, Madison, Athens (GA) as the first of 20 properties before the end of the decade
What you should know: currently focused on the domestic US market, Graduate has found itself a well-defined niche along with some very polished branding – including the intricate drawings for its hotels Venu Hotels
What it’s all about: Venu is ‘designed to appeal to the modern traveller whose expectations revolve around their own lifestyle – clean, contemporary, cool and effortless… a social place where good things happen, where people feel welcome and at ease, surrounded by a crowd they love, a smooth machine that offers everything they need and nothing they don’t’
Who’s it from: Dubai-based Jumeirah
Where: nowhere yet, a property on Dubai’s Bluewaters Island is opening in 2017
What you should know: an example of a brand that is long in the making, Venu was put on hold because of the 2008 crisis, then launched in 2014, which would make it three years until its first hotel has guests walking through the front door. Also still without a website

What it’s all about: ‘we connect with that ageless millennial mindset and believe that hotels can enhance their world via art, music, fashion and a distinctive connection’
Who’s it from: Rezidor Hotel Group
Where: Brussels is opening this month, which is the rebirth of the Radisson Blu next to the European Parliament. Glasgow, Guangzhou and Dubai are all planned
What you should know: Red is an addition to Rezidor’s existing Radisson Blu, and first images from Brussels show the colour consistently featured in the design, dominating the rooms with busy murals. The Red app allows you to ditch the traditional room key, check in/out, order food, and chat with other guests What it’s all about: Vib (from Vibrant) is a ‘stylish boutique hotel concept designed to meet the needs of today’s connected traveler’
Who’s it from: Best Western
Where: nowhere yet, but Miami, Chicago, Vientiane and Bangkok are in development among others
What you should know: Vib is Best Western’s attempt to inject a dose of style, while ensuring cost efficiency for hotel operators. Key brand elements include free WiFi and smart TVs, 24/7 grab-and-go food stations and fitness centre, as well as a Zen zone for relaxation and gaming pods Jaz in the City

What it’s all about: a Jaz hotel reflects ‘a city’s unique lifestyle, drawing upon the local music and cultural scenes, bringing artists and their works into the hotel’
Who’s it from: Steigenberger Hotels and Resorts
Where: Amsterdam (near the Arena sports stadium) is open, Stuttgart will follow this year
What you should know: a hotel brand built around music, Jaz’s first hotel is next to Amsterdam’s Ziggo Dome concert hall. As part of the wider ‘Jaz Collection’ there is also Jaz on the Beach (resorts in Egypt) and Jaz on the Nile (a river cruiser) What it’s all about: ‘offbeat, lively, dynamic, that’s nhow! … Surround yourself with the latest local design, lifestyle & culture, yet sleep in a luxury hotel with worldwide appeal’
Who’s it from: NH Hotel Group
Where: Milan, Berlin, Rotterdam. Amsterdam and London (see news November 2015) are following
What you should know: the millennial offshoot of NH Hotels, Nhow hotels each have a ‘unique personality’, like fashion and design for Milan, music and lifestyle for Berlin, and art and architecture for Rotterdam. The Office of Metropolitan Architecture (OMA) of Rem Koolhaas designed the triple-tower Rotterdam hotel and will create the 650-room nhow Amsterdam, the largest hotel for the Benelux (see news May 2015)