Emirates has announced plans to reopen its airport lounges outside of Dubai International, with additional health and safety measures including a la carte dining.

The carrier reopened its Terminal 3, Concourse B Dubai lounge back in July, but the vast majority of the airline’s lounges have remained closed since the onset of the Covid-19 pandemic.

Emirates said that its facility at Cairo International Airport would be the first to reopen, followed by lounges at New York JFK and Manchester airport “in the coming weeks”. The carrier’s Heathrow lounge is located at Terminal 3, which remains closed until further notice.

The airline said it had redesigned its lounge offering, with additional health and safety measures, including a la carte dining and contactless menus activated by QR codes replacing the normal buffet service.

“Throughout the day, lounge staff will sanitise each seat and table after customers leave,” said the carrier. “In addition, the lounge will be sanitised and fumigated regularly.” 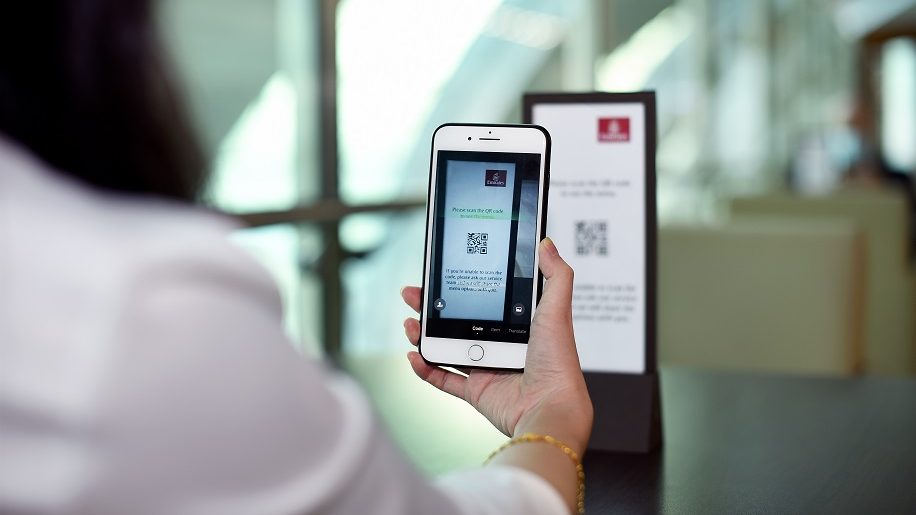 Social distancing and mask-wearing will be in place in all lounges, with every other sofa seat left unoccupied to halve seating capacity.

Catering staff will be required to wear masks, gloves and personal protective equipment, and newspaper and magazines have been removed “to minimise the risk of infection by touch”.

Emirates also highlighted the resumption of full inflight dining services from the start of this month, as well as the reopening of first class showers on the carrier’s A380 aircraft. 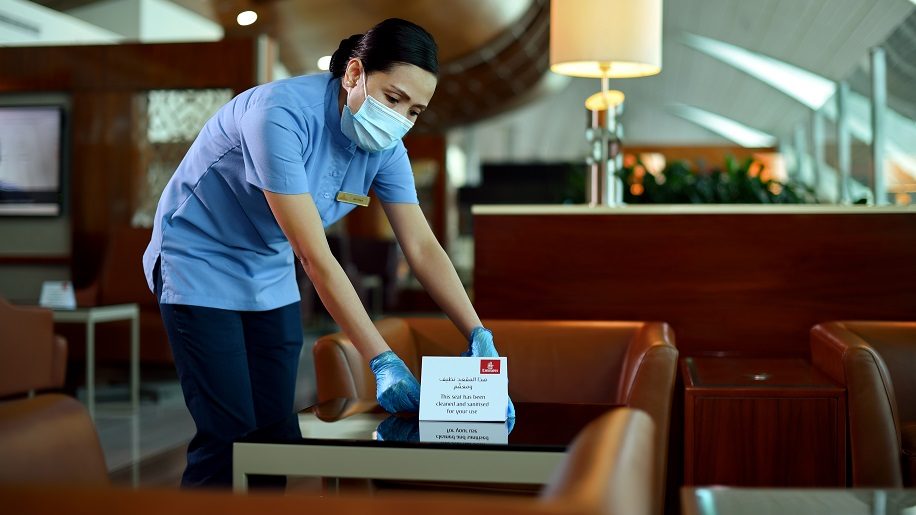 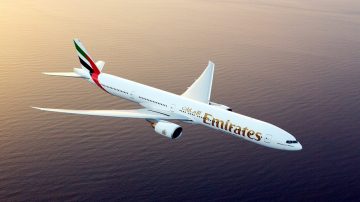 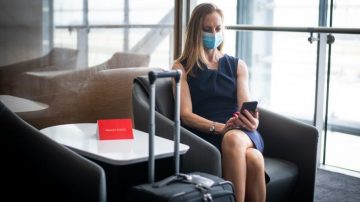