South African Airways (SAA) has become the latest airline to announce it will suspend all international flights amid the coronavirus pandemic.

The suspension is effective immediately and is currently scheduled to last until May 31, 2020.

The airline said it was a response to a government travel ban and the declaration of the State of Disaster in South Africa.

On Thursday the government banned all arrivals from “high-risk countries”.

SAA said it operates in three markets that are classed as high-risk areas: the United States (Washington DC and New York JFK), the United Kingdom (London Heathrow) and Germany (Frankfurt and Munich).

It also operates to Australia (Perth) and Brazil (Sao Paulo), which have not been declared high-risk, but said these routes were also being suspended.

“It is all our responsibility, not just government, to curb further transmission of the virus,” said SAA acting CEO Zuks Ramasia.

“In addition, the increasing risks to our crew of contracting the virus including the possibility of being trapped in foreign destinations as a consequence of increasing travel bans cannot be ignored.”

State-owned SAA has long been in financial difficulty, and last month announced eight international route closures and the end of most of its domestic network as it undergoes a business restructuring.

British Airways has not yet announced any changes to its South Africa services. We have contacted the airline for comment.

The coronavirus pandemic is hitting airlines hard, with most carriers announcing capacity cuts of 70 to 90 per cent for the coming months.

There is little clarity on how long the cuts will last, and market intelligence firm CAPA has warned that “most” of the world’s airlines may go bankrupt within by May.

Low-cost carriers Ryanair and Easyjet have said their entire fleets may be grounded.

The World Travel and Tourism Council (WTTC) said today that “a staggering one million jobs are being lost every day” in the travel and tourism sector as a result of the pandemic.

World Travel and Tourism Council: one million jobs a day being lost due to coronavirus

Loading comments...
Read Next
Eastern Airways looks beyond coronavirus with planned Southampton-Dublin route
Read Previous
World Travel and Tourism Council: one million jobs a day being lost due to coronavirus 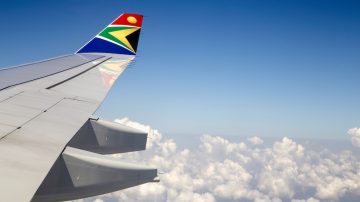