Air Italy is to cease all operations as it is placed into liquidation by its shareholders.

The privately-owned carrier announced that from February 11 to February 25 its flights will be operated by other airlines at the times already scheduled.

Passengers with flights booked after February 25 will be refunded or booked onto an alternative flight.

Those no longer wishing to travel over the next two weeks can also claim a full refund by writing to [email protected] or by contacting their travel agency.

Qatar Airways took a 49 per cent stake in Air Italy in September 2017, when the carrier was called Meridiana.

It unveiled new branding and expansion plans the following year.

The airline entered and then withdrew from routes to India and Thailand.

It also planned new routes from Milan to the US, something opposed by US carriers which accused it of unfairly receiving government subsidies via Qatar – an argument refuted by Qatar Airways.

While an Air Italy statement said the decision to liquidate the airline was made “unanimously”, Qatar Airways today said that while it “was ready once again to play its part in supporting the growth of the airline … this would only have been possible with the commitment of all shareholders.”

The airline is 51 per cent owned by Alisarda SpA, a holding company owned by the Aga Khan.

Italian newspaper Il Messaggero reported that the Aga Khan, who founded Meridiana in 1963, does not want to provide additional funding.

It had three of the grounded B737 Max aircraft in its fleet.

It is also reportedly negotiating for a 49 per cent stake in Rwandair.

In September 2019, Qatar Airways reported a $639 million annual loss for the year ending March 31, following a two-year embargo by its neighbours that has restricted its air routes. This has led the airline, under CEO Akbar Al-Baker, to increase its investments in other carriers.

“Since the acquisition on September 28, 2017 of a minority stake in Air Italy, Qatar Airways has strongly believed in the company and in its potential, supporting management’s proposed business plan with a view to improving Air Italy’s growth and job creation, with the addition of long-haul routes and numerous in-flight service improvements, in line with Qatar Airways’ globally renowned high standards.

“Despite our minority shareholder’s role, Qatar Airways has continuously provided all possible support to Air Italy right from the beginning, from releasing aircraft from our fleet and ordering new aircraft for Air Italy, to backing management choices and injecting capital and investment as required and permitted.

“Even with the changing competitive environment and the increasingly difficult market conditions severely impacting the air transport industry, Qatar Airways has continually reaffirmed its commitment, as a minority shareholder, to continue investing in the company to create value for Italy and the travelling public and to provide support for Air Italy and its staff, because for Qatar Airways the focus on employees is a core priority in its strive for excellence – in addition to supporting local communities and other stakeholders.

“For this reason, Qatar Airways was ready once again to play its part in supporting the growth of the airline, but this would only have been possible with the commitment of all shareholders.” 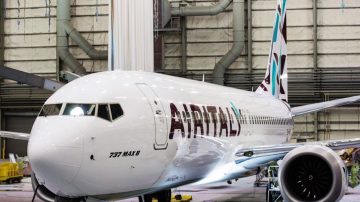