US airlines that have been battling what they perceive as unfair competition from government-funded rivals now have a new target of their ira: Air Italy.

CNBC reports that Delta Air Lines, American Airlines, and United Airlines have objected to plans for the airline to begin flying from Milan to Los Angeles and San Francisco in 2019.

Qatar Airways, which owns a 49 per cent stake in Air Italy, reached a deal with the Trump administration in 2018 not to fly to the US from destinations other than its home country. The US carriers view the proposed Air Italy flights as an attempt to circumvent that agreement.

The US airlines contend that Qatar Airways has benefited from more than $50 billion in government subsidies to gain an unfair competitive advantage.

“With regards to the Italian version of Qatar, we are strongly opposed, and we together — Delta, American and United — are very closely aligned on this issue,” said United’s CEO Oscar Munoz, who called the proposed Air Italy flights “an-in-your-face to our administration on agreements that have been reached.”

Several US lawmakers have also urged the US Department of Transportation (DOT) to block the flights.

“Air Italy’s entry into this crowded market appears consistent with Qatar Airways pattern of adding subsidized capacity in markets where demand is already well-served,” said a letter from 11 Republican senators to DOT. 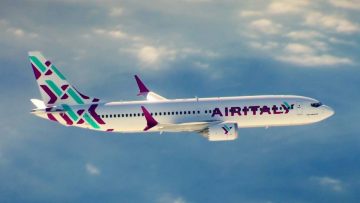