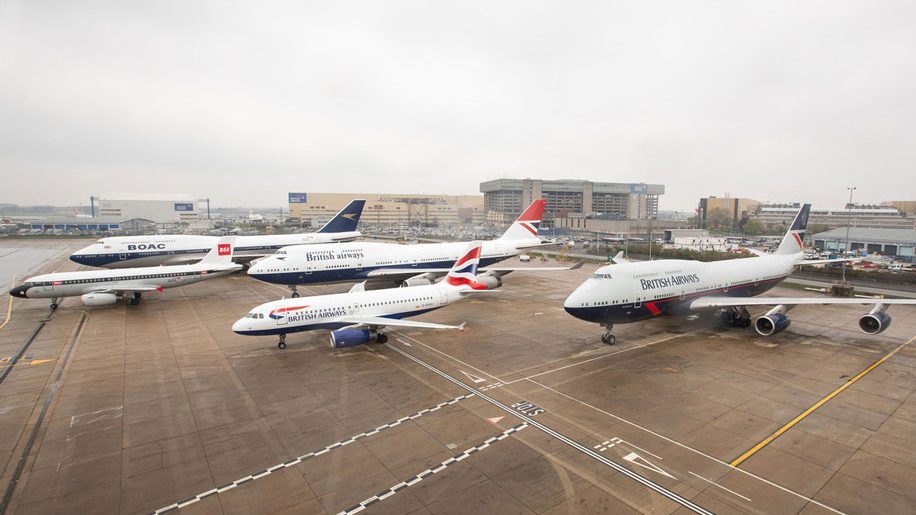 British Airways has released images of its four retro liveries lined up together alongside an A319 in the current Chatham Dockyard design.

The photoshoot brought together the carrier’s one-off BOAC, BEA, Negus and Landor liveried-aircraft, which were commissioned as part of BA’s centenary celebrations.

The images were taken during scheduled downtime for the aircraft at the airline’s engineering base, and marked the milestone of 50,000 customers having flown in the aircraft since their launch over the last few weeks, to destinations including New York, Cape Town, Dubai, Lagos, Manchester, Newcastle and Edinburgh.

In February BA unveiled the first of its retro liveries – a B747 painted in a BOAC livery – followed by an A319 in the BEA scheme, a B747 painted in the carrier’s Landor design, and another B747 in the Negus livery. 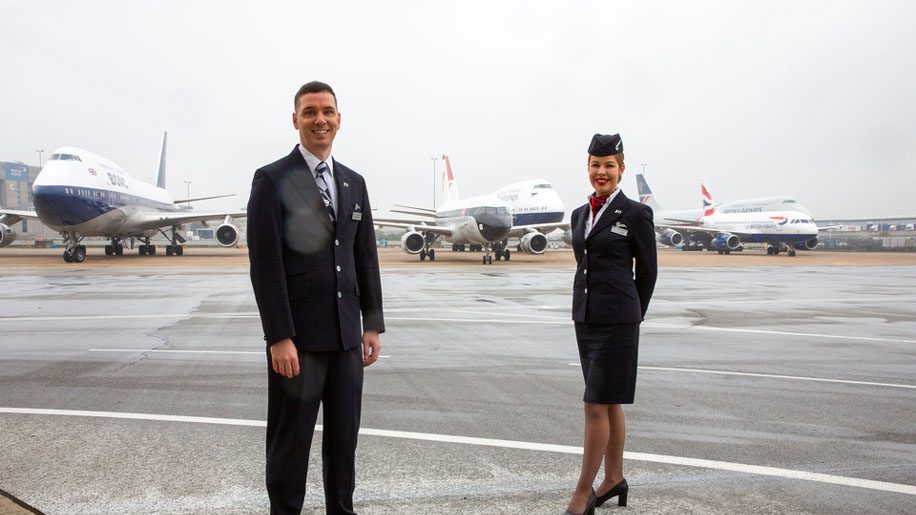 “The excitement and pride that we’ve witnessed from customers and colleagues as these heritage liveries, which we painted to mark our centenary, have flown around the globe has been unparalleled.

“Social media has been fired up with images from travellers all over the world when they’ve spotted the aircraft and as some 50,000 people have now flown on them since they arrived back in the fleet we wanted to capture a special photo to share with them.”

The airline has also launched a new Speedbird 100 IPA ale in partnership with Scottish craft brewery Brewdog, which will be available on all flights and in selected lounges from May 1.