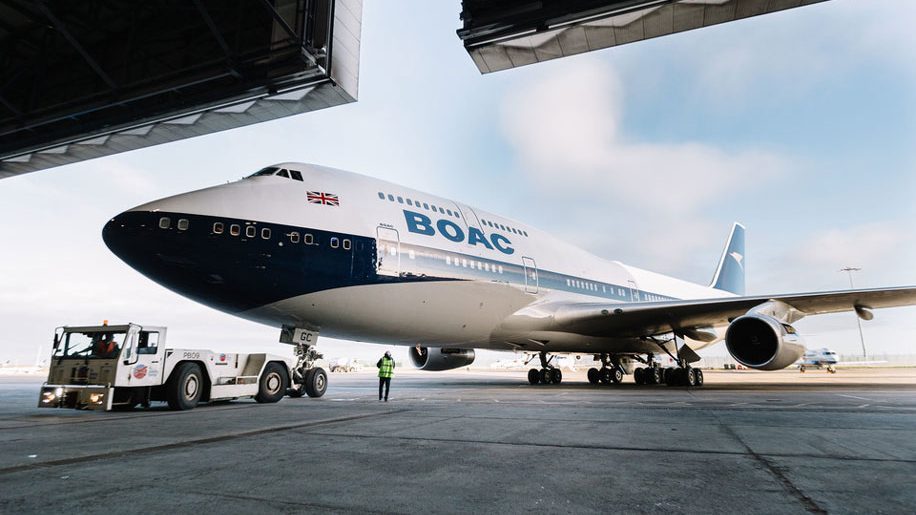 British Airways has unveiled its newly painted B747 aircraft, which now sports a retro BOAC livery as part of the carrier’s 100th anniversary celebrations.

Plans to paint a series of BA aircraft with retro liveries were announced last month, and the first plane to receive a commemorative paintjob landed at Heathrow airport this morning.

Aircraft registration number G-BYGC was stripped of its British Airways Chatham Dockyard design at a paint bay in Dublin airport, before being repainted with a livery which featured on BOAC aircraft between 1964 and 1974. 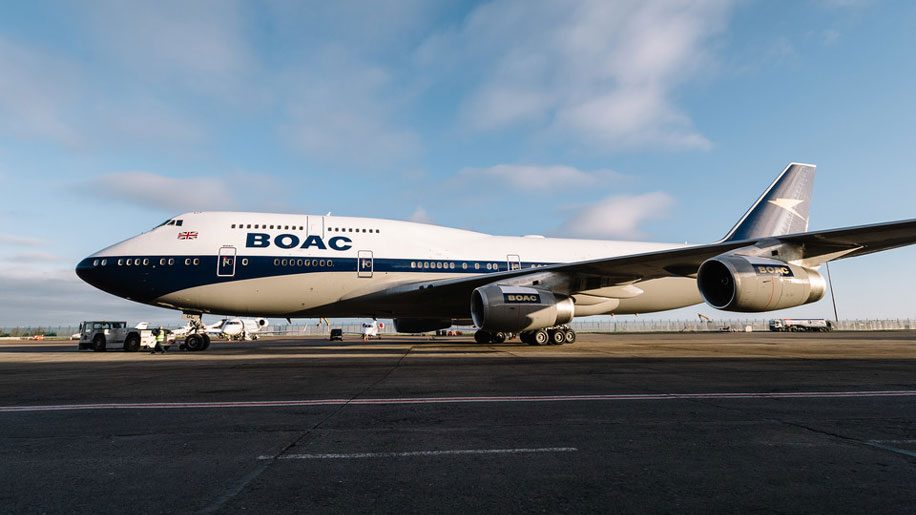 Tomorrow the aircraft will head to New York on flight BA117, and will subsequently operate on B747-operated routes until it is retired in 2023.

Business Traveller was at the unveiling event this morning, and has been tweeting images and details here.

“The enormous interest we’ve had in this project demonstrates the attachment many people have to British Airways’ history. It’s something we are incredibly proud of, so in our centenary year it’s a pleasure to be celebrating our past while also looking to the future. We look forward to many more exciting moments like this as our other aircraft with heritage designs enter service.” 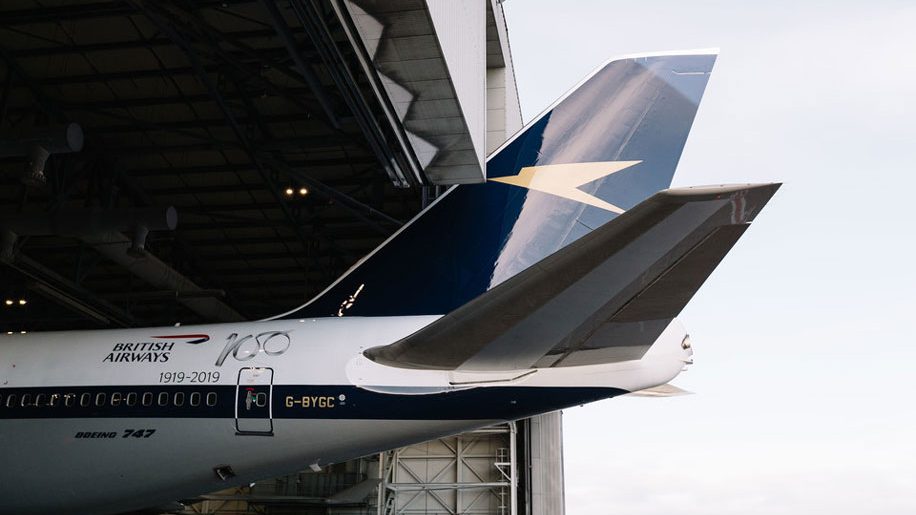