United Airlines has unveiled its newest in-flight safety video, taking passengers to seven destinations across four continents as part of its new “Safety is Global” campaign.

The new video starts in Rio de Janeiro and its famous Carnival celebration, with airline staff and crew demonstrating key safety procedures. The setting then moves on to Alaska and the Northern Lights, followed by Munich during the Oktoberfest celebrations, Manhattan for the New York City Marathon, Delhi during its Holi Festival, and Denver with its hot air balloons before finishing up in Chengdu at the Chinese New Year Lantern Festival.

“A few years back, we made our safety demonstration more interactive and entertaining to engage customers during the safety briefing, one of the most important parts of the flight,” said Mark Krolick, United’s vice president of marketing. “Introducing the new Safety is Global video continues the theme of highlighting some of the amazingly diverse, global cities that we fly to, and giving our customers the chance to visit one of their own dream destinations.”

The new video will begin playing onboard United aircraft this month. As part of the launch, United it also offering customers the opportunity to win a round-trip flight to a city of their choice in its Dream Destination Sweepstakes. Entering the competition can be done online and doesn’t require having a booking in order to take part. 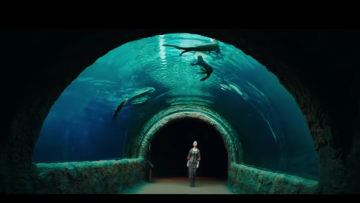