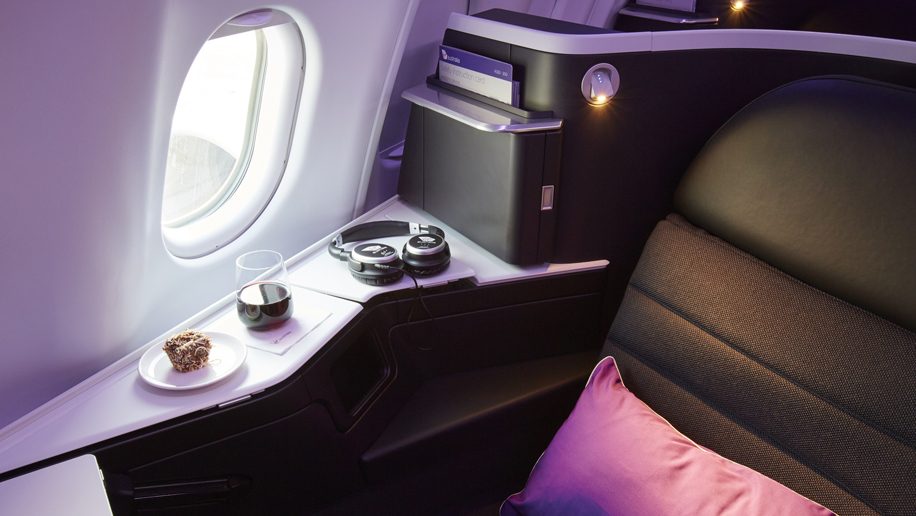 Virgin Australia’s new five-times-weekly service between Melbourne and Hong Kong has taken off, marking the start of a new focus on Hong Kong and mainland China for the Australian carrier.

Miles and status credits can be accrued by passengers of both airlines on Hong Kong Airlines’ five weekly services between Hong Kong and the Gold Coast and Cairns, as well as on flights to 11 destinations in Virgin Australia’s network.

At the time it was first announced, Virgin Australia had said that it planned for the Hong Kong service – its first to Greater China – to be followed by direct flights from Australia to mainland China “in further stages of the agreement”.

Speaking to Business Traveller Asia-Pacific at the launch ceremony of the new Hong Kong route, Virgin Australia group CEO John Borghetti said these plans are still in the pipeline, but that the Hong Kong route has been the priority.

“We’re doing one partnership at a time and this is the first and really more comprehensive one,” he said. “We’ll move our way through all the rest. The frequent-flyer programme tie up will include Hainan Airlines, Tianjin Airlines, and Beijing Capital Airlines, so it’s a question of this one [with Hong Kong Airlines] being a bit more advanced than the others.”

Hainan Airlines and Tianjin Airlines in particular have been targeting new routes between mainland China and Australasia this past year. Tianjin Airlines launched a new Auckland route back in December and recently announced its intention to begin flying to Melbourne later this year. Meanwhile earlier this month, it was announced that Hainan Airlines was targeting a new Brisbane service starting in September, following the launch of routes to Sydney, Melbourne, and Auckland last year.

Asked whether Virgin Australia would be looking to operate its own links between Australia and mainland China or rely more on codeshare agreements with its mainland Chinese partners, Borghetti said both are on the table.

“It’s whatever makes sense with each individual [airline],” he said. “You might do something with one, but not the other one. Those sorts of opportunities we wouldn’t have otherwise. But if we can replicate [the agreement with Hong Kong Airlines] with another two or three airlines, job done.”

For the time being, Hong Kong remains Virgin Australia’s focus, with the carrier first and foremost looking to increase the frequency from five-times-weekly to a daily operation – a task made difficult by Hong Kong International Airport’s notorious lack of slots.

Will securing slots at airports on the mainland be easier than at Hong Kong for the Australian carrier?

“Yes and no,” said Borghetti. “It depends which ones we end up with. The big cities, like Shanghai and Beijing, are really hard, but some of the secondary cities are easier. So it might be that we hit secondary cities.”

As for particular routes, Borghetti said none have been confirmed but that there are potential options being discussed. “We’re frantically working on it now.”

Competition is increasing between mainland China and Australasia, and Hainan Airlines and Tianjin Airlines aren’t the only Chinese carriers with their eyes set on the continent. Air China, for instance, is looking to open a new Chengdu-Sydney service in November, while China Southern is also eyeing its own Brisbane service, having launched a new Shenzhen-Melbourne route last month.

Hong Kong Airlines earlier this month began its own flights to Vancouver, and also confirmed this week it was eyeing a new service to Los Angeles sometime this December.

Asked whether Virgin Australia would be looking to expand its partnership with Hong Kong Airlines to include the Hong Kong carrier’s new North America services and further enhance its connectivity between Australia and North America, Borghetti said, “We haven’t discussed that.” 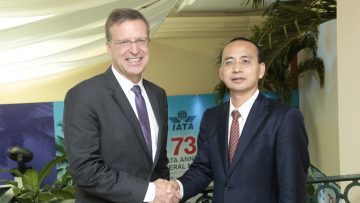