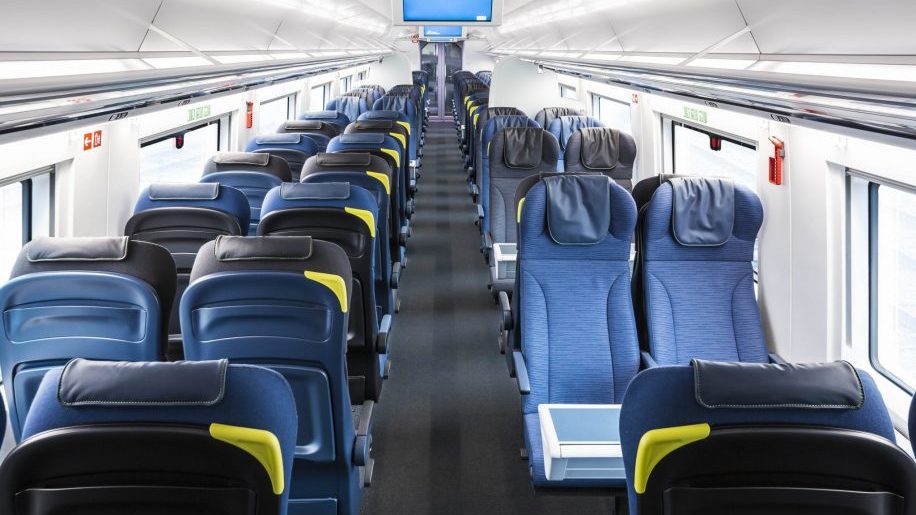 Eurostar operates up to 19 services a day in each direction between London and Paris, served by a fleet of new E320 trains. Later this year it will introduce a direct route to Rotterdam and Amsterdam.

After receiving my booking confirmation, I logged on to the Eurostar site and selected my seat and ordered a vegetarian meal for my return journey in Business Premier. I then downloaded the Eurostar app and filled in my details. This allowed me to access my mobile boarding pass and save it to my Apple Wallet for use off-line.

When it came to the day of travel (a weekday afternoon) I took the Tube to King’s Cross station and followed the signs to St Pancras where the Eurostar international departures zone is. This took about ten minutes, as it is some distance from the Underground station platforms.

I arrived at departures at 1540, with 20 minutes until check in closed. My train was scheduled for 1631. Check-in is available 30 to 45 minutes (during busy times) before so you need to get the timing right. (Business Premier passengers can check-in up to ten minutes before departure, or 90 minutes if they want to use the lounge first.)

I was pleased to find there was only a short line of people making their way to the gates back and forth through long snaking barriers. I scanned my mobile boarding pass to get through the gates to security where there were only a few people ahead of me at 1545.

There are no controls on liquids and you don’t have to take your laptop out of your suitcase so it is a lot quicker and easier than at the airport. The luggage allowance is also more generous (two pieces up to 85cm long) but I was only travelling with a small suitcase.

There was a separate lanes at border control for UK/French passengers, and another more congested one for people from other parts of the world. Once through, I found the waiting hall to be crowded with people and most of the seats taken up. There were screens showing train departure information.

Luckily it didn’t take long for boarding to begin at 1605 from platform 10. There are 16 coaches on the new E320 trains (18 on the refurbished E300s) – when you emerge on to the platform, you are closest to 8 and 9. Coaches 1 to 3 and 14 to 16 are for Business Premier and Standard Premier seats, while coaches 4 to 13 are for Standard class. (Here is a link to the seating plan.)

I joined the throngs of people cruising up the steep moving travelator and followed the signs pointing north up the platform to coach 13 where I was booked. There was no one checking tickets at this point. I made my way down the carriage to my seat, 68, which was by a window.

The train turned out to be pretty busy in Standard class so I had someone sitting next to me. It was quiet, though, as most people were either asleep, working or watching movies. The train left on time. There were no staff or repeated announcements. It all felt relaxed and easy. Although there are luggage racks at the end of the coaches, I placed my case opposite me by a bin between two seats so I could keep an eye on it.

Seats on the new E320 trains are more comfortable and supportive than airline seats but have similar fold-down tables and foot rests. They are arranged 2-2 in Standard class with a mix of forward and backward-facing sets in either pairs or quads with a table in the middle. There are copies of Eurostar’s Metropolitan magazine in every seat-back and handy power sockets. There was wifi available but it was incredibly slow if non-existent most of the time. 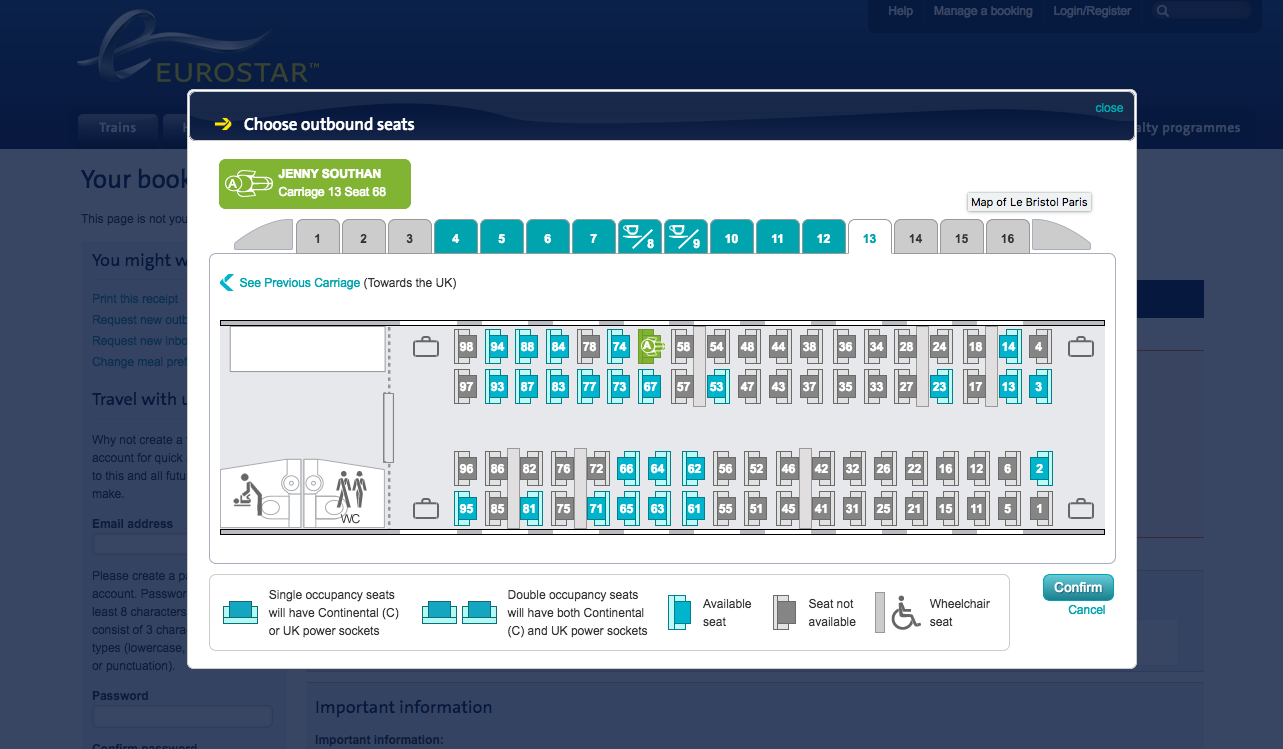 I prefer a forward-facing window seat when travelling alone. Sitting at one of the shared tables is a good option for groups of four or if you want a bit more space for your work or a laptop, but you will be sitting opposite someone else. There are toilets and luggage racks in every carriage. You may want to consider booking a seat close to one of the buffet cars.

We left London St Pancras on time, and after about 30 minutes, entered the tunnel taking us beneath the English Channel. At 1725 we emerged into France. The journey was uneventful and I used the time to get on with some writing.

If you download the Eurostar app in advance, you can stream free movies, get information on the progress of your journey, watch the news, see information about your seat and view the onboard menu.

There is no refreshment service so if you want food or drink you need to go to Café Metropole buffet cars that are in carriages eight and nine. (Food and drink is delivered to Business Premier passengers at their seat.) Small bottles of wine cost £4.60, Duval Leroy champagne is £25 for 37.5cl, a Greenall’s gin and tonic costs £4.80 and a 50cl Kronenbourg 1664 is also £4.80.

A comfortable, convenient, punctual and stress-free journey. Being London-based, I would always choose the Eurostar over flying when it comes to getting to Paris. The addition of Rotterdam and Amsterdam to the network is something to look forward to.

PRICE Internet rates for a midweek return Standard class fare from London to Paris started from £134 in September.