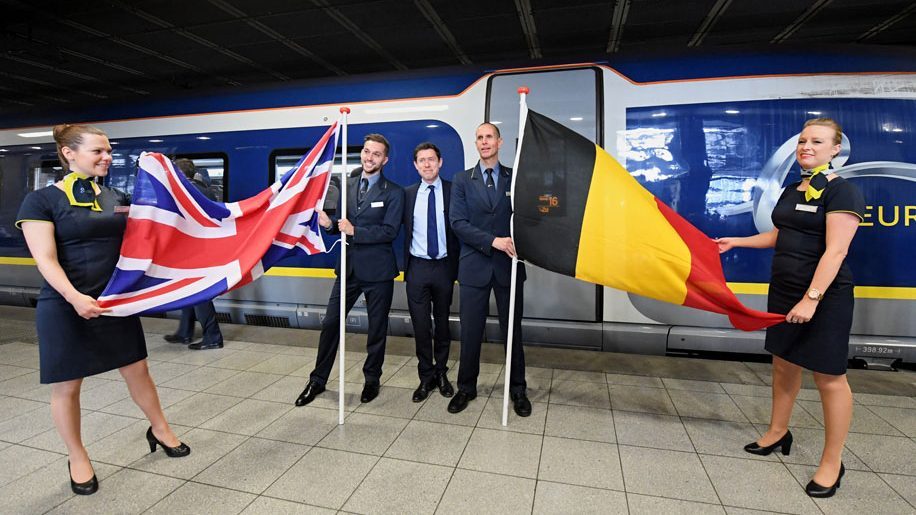 Eurostar has previewed its latest Siemens e320 trainset on the London-Brussels route, ahead of regular services from May 28.

The group has been serving its London-Paris route with the trainset since November 2015, but has required the consent of Belgian authorities to operate the e320 into Brussels Midi station.

The Siemens trainset has a seating capacity of just under 900 passengers, an increase of around 20 per cent on the 750-capacity Alstom trainsets currently operating the route.

The introduction of the e320 on the Brussels route, follows the recent renovation of the Eurostar terminal at Brussels Midi, including an expanded departures area.

Eurostar said it was also in the “final stages of planning” for its new direct Netherlands service, with a routes to Amsterdam expected to launch by the end of this year, and services to Rotterdam also planned.

“The introduction of the e320 on the Brussels route marks an important milestone and step change in the travel experience for our customers.

“With demand for high-speed rail over plane on the increase, we are now gearing up to expand our reach to the Amsterdam and Rotterdam.

“The launch of our new direct service on this high volume route represents a major growth opportunity for our business”.