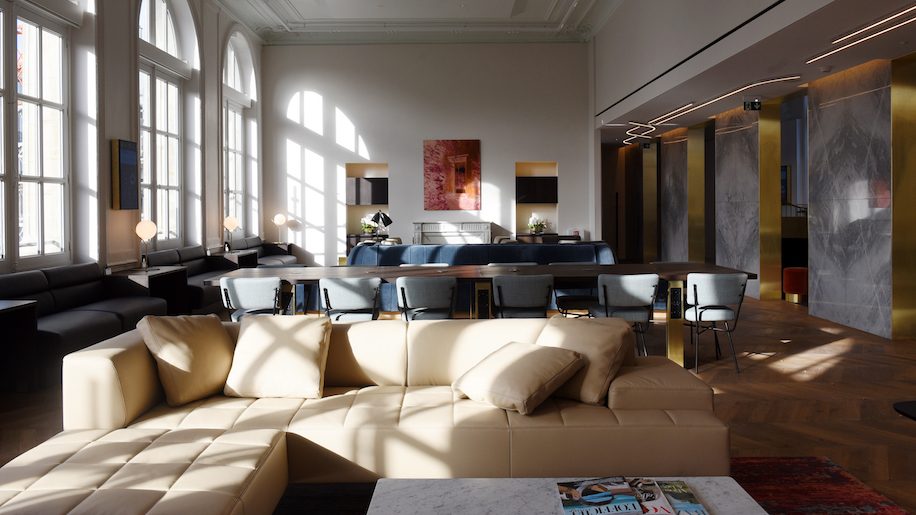 Business Premier passengers can check-in up to ten minutes before their train departs, but in this instance I would recommend allowing enough time to visit the new Eurostar Business Premier lounge at Paris Gare du Nord, which opened in February 2017.

Designed by architectural firm Softroom, it is now on the top floor of the 19th-century station, and has far more style, class and character than its predecessor. I particularly liked the effort that had been made to bring in experts from the UK to collaborate – there are drinks designed by the London Cocktail Club, catering from Michelin-starred chef Raymond Blanc (who has also helped craft a bespoke gin called Tourjours), and artwork from London’s Hospital Club. 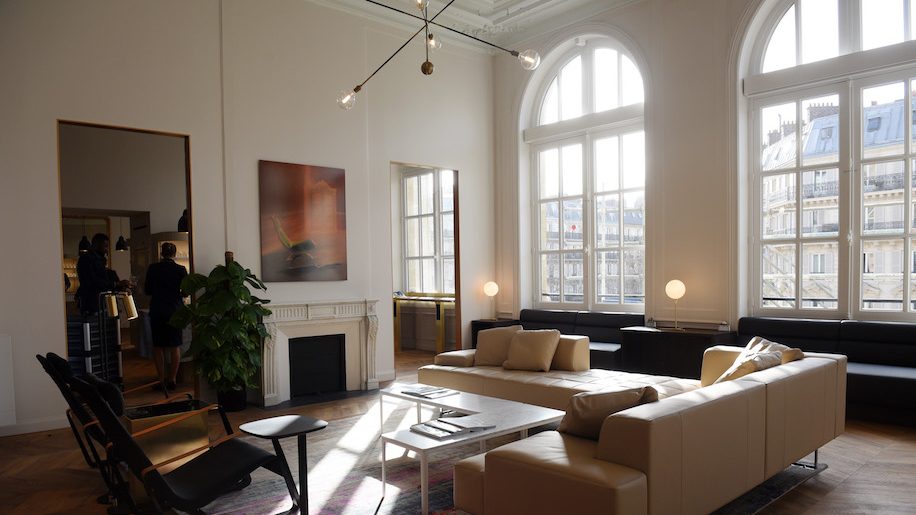 The lounge is located beyond security, to the left, up one level via a lift. It isn’t signposted, which I heard a couple of people complaining about. I arrived at 1630, with just under two hours before my train. I wanted to allow enough time to experience the lounge, although the member of staff that greeted me on arrival asked if I would prefer to travel on the 1713 train instead of the 1813. I declined her kind offer and had a quick look at the various magazines on display before entering. There is a luggage check to the right and toilets on your way in. There is also a wide choice of newspapers.

The lounge is a wild improvement on what existed before. It feels light, elegant and high-spec, with lots of marble, velvet upholstery, contemporary lighting, polished brass and statement rugs. Along the far end of the lounge, windows on the left face the central hall of Gare du Nord where the trains depart.

Here, there are private booths for six people in each (or fewer if you don’t know each other) with universal plug sockets in the grey velvet banquettes, as well as sit-up counters, broad couches, plush banquettes and co-working benches placed throughout. To the right, you can look out on to buildings on the street opposite.

There are two self-service refreshment zones with more substantial food than was available in the original lounge, as well as chilled cabinets of beer and soft drinks, bottles of spirits, a coffee machine and Enomatic wine dispenser. There are lots of staff about clearing dishes, bringing trays of canapés out and helping anyone who might have questions. 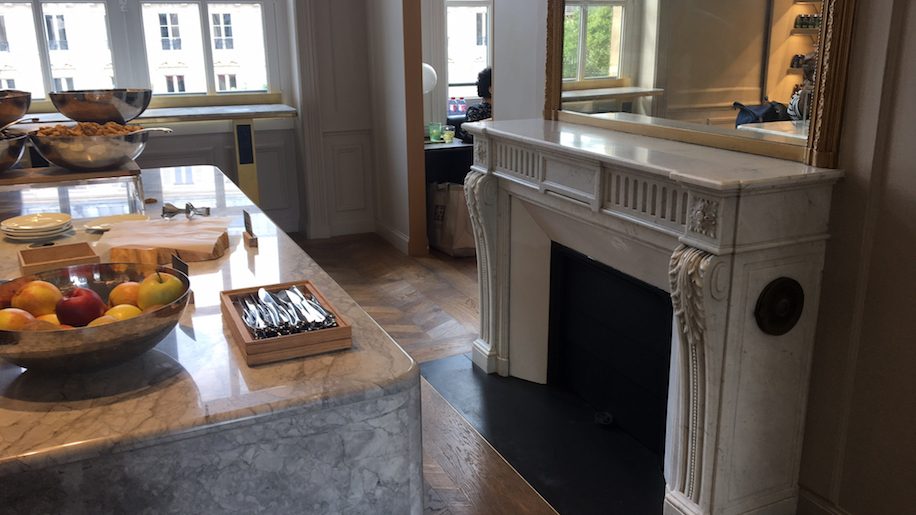 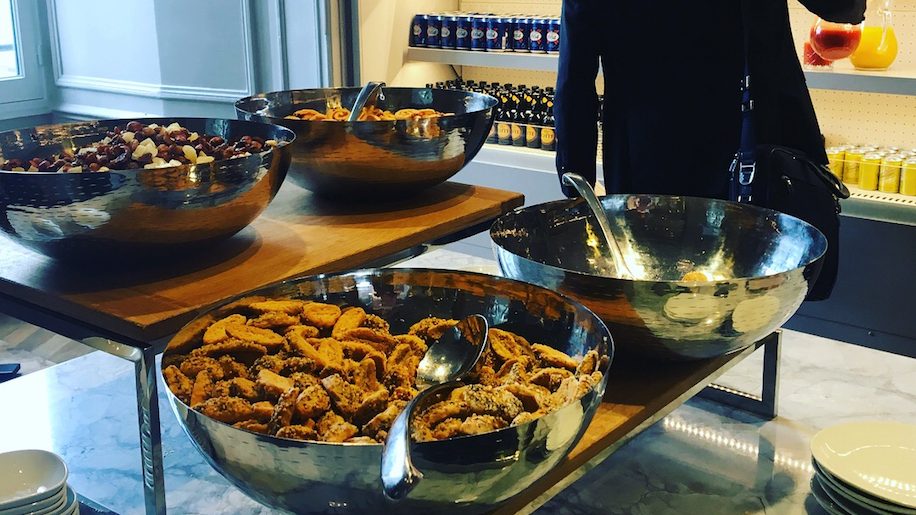 The highlight is the circular sunken bar, which is staffed most of the time, and at which you can order free cocktails. Most people brought dishes of snacks with them from the canteen to sit down with. Although the concept is convivial, I wasn’t convinced that having a sunken bar was a good idea because as a customer, it means your view is of the fridges, bins and work surfaces inside, where the bartender makes drinks. It did mean, though, that it was the right height for someone in a wheelchair to sit at. 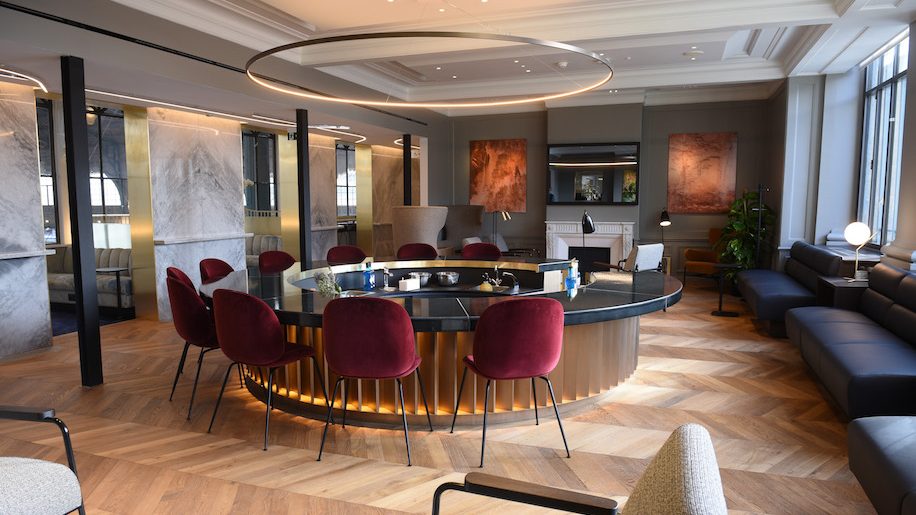 There is a menu of bespoke cocktails divided into “signature”, “vodka”, “non-alcoholic”, “martinis” and “gin and tonics”. Of the three signature drinks, the one that caught my eye was the Earl Grey Sour, made with Bombay Sapphire gin, smoked Manuka Earl Grey syrup, lemon juice, egg white and Angostura bitters.

However, I couldn’t resist trying a G&T and liked the way you were given the option of brand (G’Vine, Toujours 21, Sipsmith and Bombay Sapphire) as well as a recommended garnish (rosemary, lemon, lavender, juniper berries, grapefruit, lime or cinnamon). The martinis look fantastic too – but I think I would go for a slice of cucumber over truffle oil in mine. 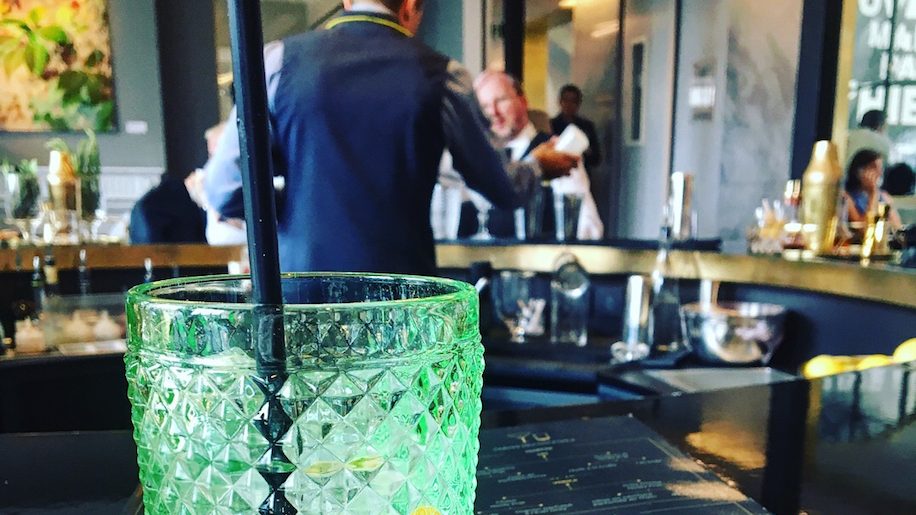 There are brass trays on the bar displaying G&T condiments (dried lavender, bay leaves, crystalised ginger and cinnamon sticks). In the well-stocked refreshment areas, there are big silver platters of superior cheese and poppy seed biscuits, cheese puffs, dried fruit and nuts, and black olives. There is supposed to be tea grown in England by British brand Tregothnan but when I visited, it was Clipper. 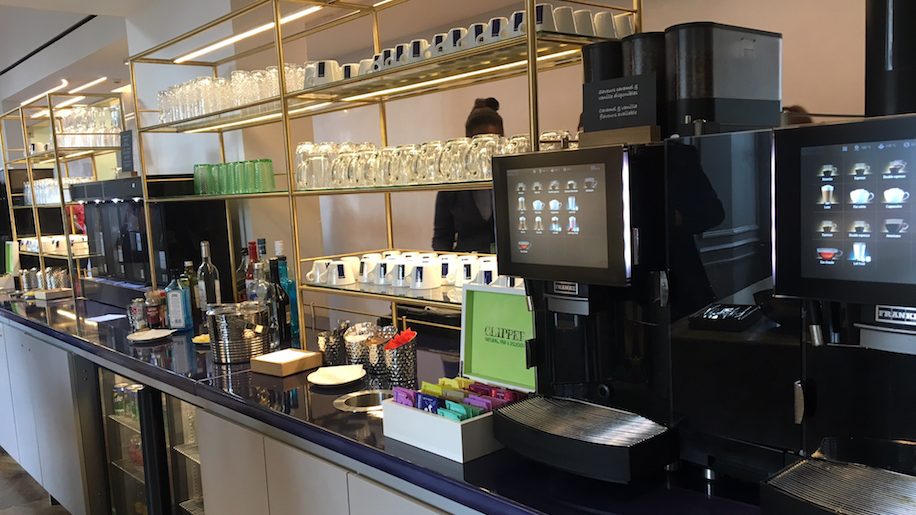 Alongside are jars of fresh madeleines and, every now and then, boards of canapes fresh from the oven. However, these were hoovered up by travellers almost as quickly as they appeared. I managed to sample a mini cheese and spinach muffin and an olive straw. Both were excellent. I also saw people with plates of vegetable chips but couldn’t see where they got them from. 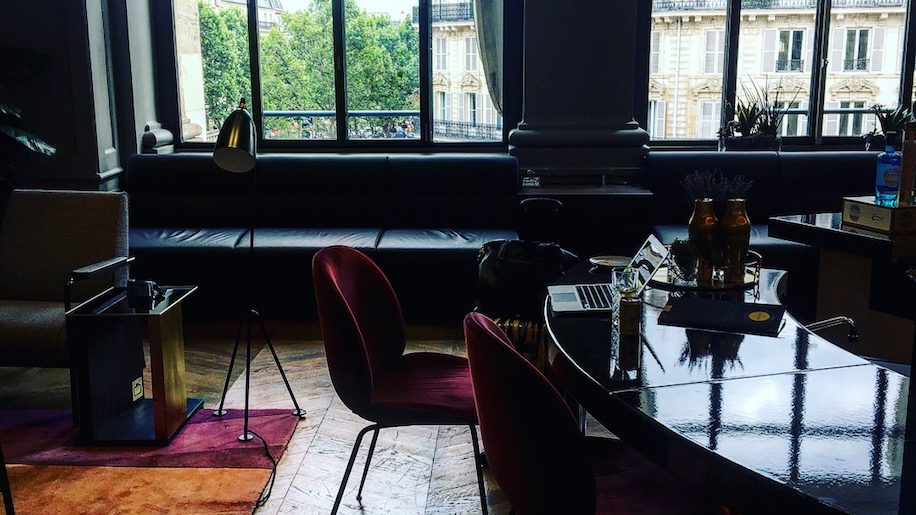 At 1640 the bartender disappeared. At 1655, everyone rushed off to catch the 1713 train. At 1702 there was a final call for boarding. At 1705 staff whizzed around cleaning up before the next slew of passengers arrived for the 1813 train. A man with a suitcase sat down and took his hat off. I did some work and found the free wifi to be speedy. 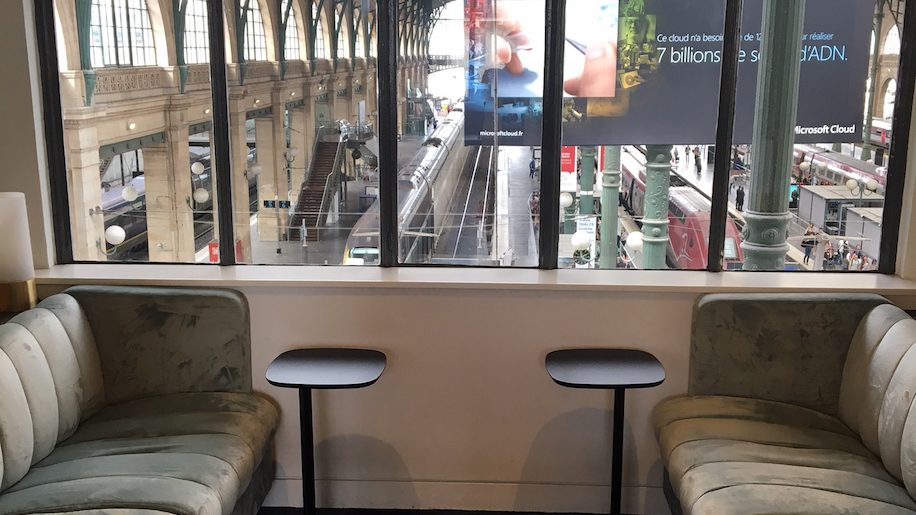 The bartender returned at 1708. Someone asked for a glass of champagne – but there was only sparkling wine. By 1725 the place was packed again and people were fighting for a seat at the bar. There were orders were for Monmartre Mules, gin martinis with thyme, and the non-alcoholic Champs-Elysees spritz. At 1755 I got up and left to get my train, taking the lift back down and heading across to my departure platform, which came up on one of the nearby departure screens. 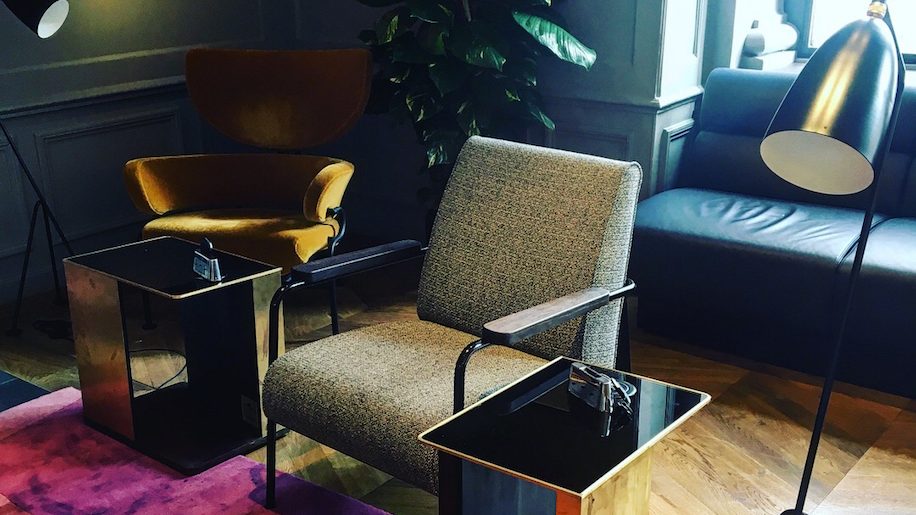 VERDICT A fantastic new lounge for Eurostar that really elevates the travel experience for people departing Paris, although this means the pressure is on for a revamp of the lounge at London St Pancras. The quality of the food and drink is very good, the decor smart and attractive, and although busy, there was plenty of seating for everyone. I look forward to returning.