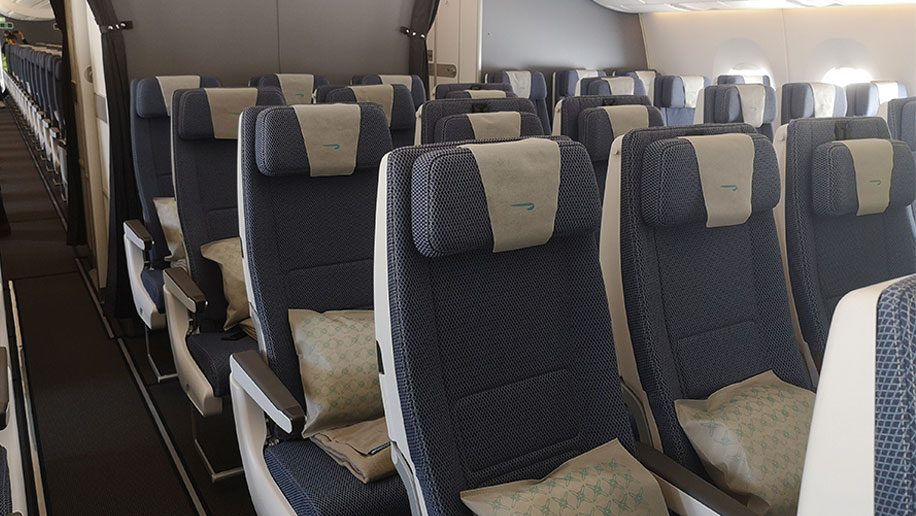 When British Airways took delivery of its new A350-1000 aircraft, most of the commentary was around the new business class seat on board, the Club Suite.

We have reviewed this and also recorded a video review, which you can watch further down this piece. Now we look at the six economy seats on the aircraft which do not recline.

The A350-1000 is configured for 331 passengers in three classes, with 219 economy class seats, 56 premium economy and 56 business class seats. Below is the seatmap for the aircraft (taken from the BA website).

All the economy seats have USB power under the 10-inch inflight entertainment HD touchscreen, in-seat AC power with two between three situated on the seat legs and a six-way adjustable headrest.

But what wasn’t clear when we first had a look at the economy cabin was that although there were some seats we could recommend as better than others, there were six seats that definitely couldn’t be recommended.

Between the two cabins are four washrooms, two in the middle, and one at each side.

The back row of the front cabin is row 35 and it is seats 35 ABC and 35 HJK which have no recline.

Why do these seats not recline?

Firstly, some context, and then the explanation. The context: all airlines play around with the configuration of an aircraft to try and find the right balance between maximising revenue while retaining customer comfort – in other words, how many seats they can fit in a particular model.

It’s a complicated business, because whatever is decided will be for the long term – aircraft aren’t often reconfigured – and when that configuration is for several aircraft – or 18 in this case – then the decision will affect potentially millions of passengers over the lifetime of the aircraft in that configuration.

In addition, even a long-haul aircraft will fly sectors of varying duration. The B787-800 for instance, may fly to Cairo (a flight time of four hours) and then as far as Rio de Janeiro (12 hours).

Next, the explanation. The process of determining the best configuration was no different for British Airways and the A350-1000. Over the several years between ordering and delivery, the A350-1000 was first envisaged (like the B787-9) as a four-class aircraft – in other words, it would have had First on it. This would have altered the seating throughout.

In addition, it also had a different new Club World seat on it, not the one which was eventually unveiled. As a result, during the four year process the configuration of seating throughout the aircraft changed more than once, and when the decision was made to have just three classes on board – economy, premium economy and business (or World Traveller, World Traveller Plus and Club World as the airline terms these classes) – then the seating in the front cabin of economy had a problem.

They needed to fit in six rows to ensure that they had enough seats on the aircraft to match the revenue predictions and load factors, but at the same time, if they did so, the rear row at the sides (not in the middle) would have no recline.

The seats don’t recline because if they did then they would rest against what the airline calls ‘solid monuments’, in this case the walls of the washrooms. Hard contact of this sort is not allowed. In fact, there needs to be two inches of deflection gap between the aircraft monument and seat. This avoids ‘load sharing’ into the structural elements of the aircraft.

Instead the airline gave these seats an extra inch of legroom, so it is 32 inches instead of 31 inches, but it is unlikely to be a comfortable ride for those on a long-haul flight.

How far do normal seats recline?

We do a whole Airline Survey on that across all airlines, but for British Airways, the normal recline of seats in economy is five inches (they also have a width of 17.6 inches apart from the front row, which is 17.3 inches because of a slightly wider arm which has the inflight entertainment in it).

What if I find myself in one of these seats?

Well firstly, you should know about it before booking. My understanding is that these seats will be the last to be sold in economy, and will be blocked out until all others have been sold (this certainly is the case at the moment, judging from some shadow/dummy bookings I have done). 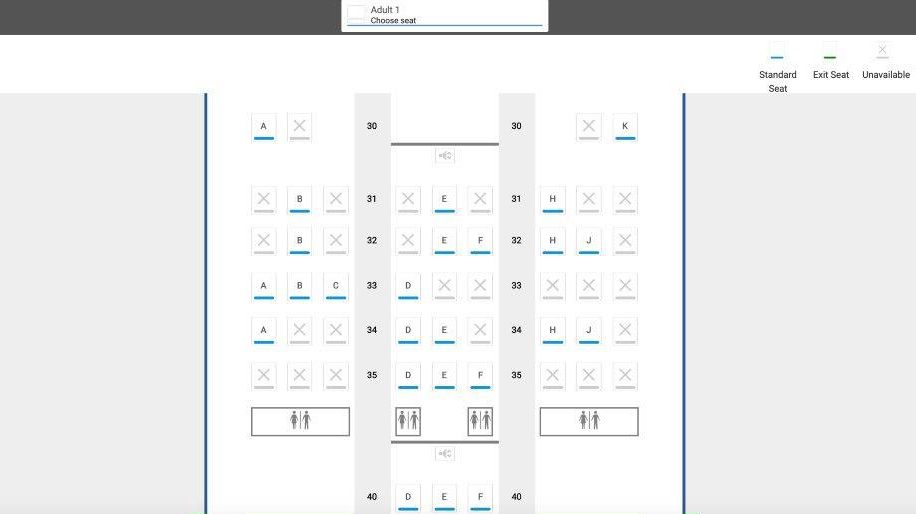 I would also hope that the seats will have a warning about the lack of recline. It’s hard to see how they could be sold in any other way, since the airline’s own website promises a five inch recline for seats. Of course, if there was a warning, and the seats were less expensive, then there may be some travellers who regard them as being worth flying in.

What about the future?

This situation is going to be the case for all 18 of the A350-1000s being delivered between now and 2022, and of course these aircraft will be flown for many years to come, so for full flights, these seats will be sold and occupied.

No doubt there will be headlines about it in the future, but if the airline communicates it in a timely manner (eg: at the time of booking and well before the flight), then it should not be a major problem. But time will tell.