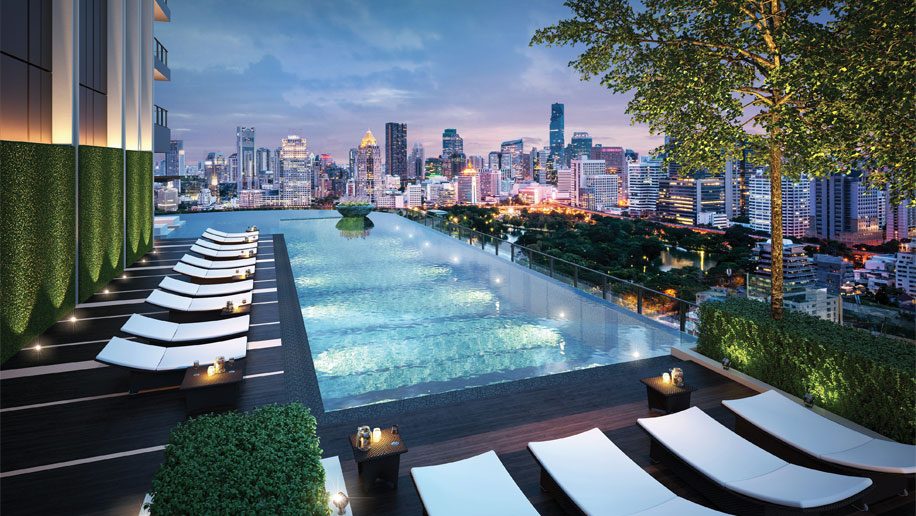 The Thai capital has long offered an excellent range of hotels – often at great value compared with the likes of Singapore or Hong Kong – and an influx of new properties is adding even more choice to the mix. At the same time, some of its long-standing addresses are reinventing themselves. Paul J Devries gives a selection of new and forthcoming openings

The newest luxury addition to the capital is Rosewood Bangkok, a 30-storey building inspired by the wai gesture of Thai greeting (slight bow, palms pressed together) on Ploenchit Road. Directly connected to the BTS Skytrain station, the hotel opened at the end of March and has 159 rooms and suites. Standout options are the Sky Pool studios and three “Houses”, which come with outdoor terraces and plunge pools. Reception can be found seven floors up, along with European brasserie Lakorn. Signature Chinese restaurant Nan Bei is on the 19th floor; its interior design is inspired by the Chinese legend of the Weaver Girl and the Cowherd, and includes an illuminated “bridge of magpies” sculpture suspended in the atrium. A waterfall cascades down ten floors underneath the sculpture into the outdoor pool on level nine, where there is also a Sense Spa and a café. Lennon’s speakeasy is on the 30th floor. rosewoodhotels.com

Set in an area known as “Japan Town”, it’s no surprise which demographic is a key focus for Hotel Nikko (pictured below). Part of the same Japanese group that is behind the Okura Prestige, only a few stops away on the BTS Skytrain, it opened in mid-January. As with all of the brand’s hotels, the concept of Japanese omotenashi hospitality runs throughout. Alongside the 301 rooms and suites is a signature Japanese restaurant with a sake and tempura bar, a pool and fitness centre, and meeting facilities. nikkobangkok.com 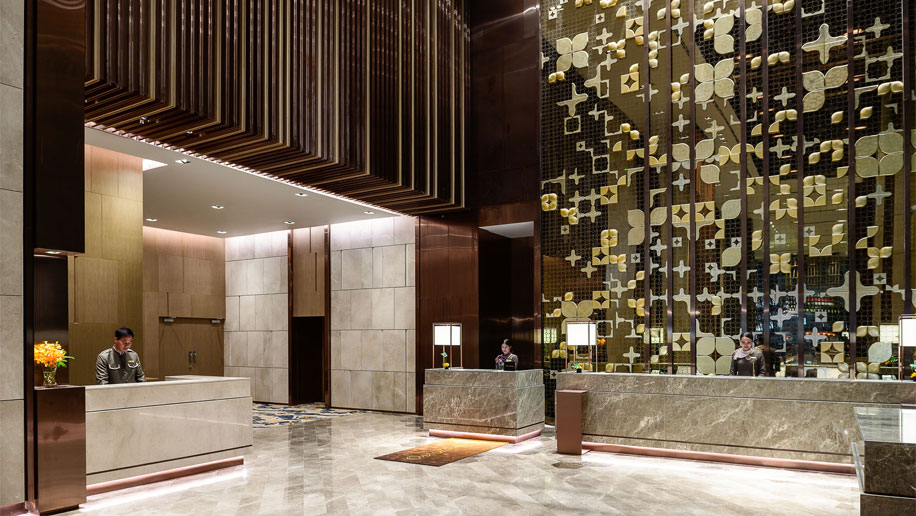 Hyatt has quadrupled its portfolio of Bangkok hotels in the past few years. Two years ago it opened a 222-room Park Hyatt on top of the Central Embassy luxury shopping mall on Wireless Road, around the corner from sibling Grand Hyatt Erawan. Among its facilities are the Penthouse Bar and Grill with a hidden Whiskey Room on floors 34-36 and a spa with an outdoor pool overlooking the city. Later in 2017, it added Hyatt Place Bangkok Sukhumvit, with 222 rooms and suites, a 24/7 grab-and-go outlet, and a 28th-floor rooftop bar.

At the end of last year, a fourth property arrived in the form of Hyatt Regency Bangkok, also located in Sukhumvit. It has 273 rooms and suites (accessible using your phone) plus a 27th-floor Regency Club lounge, a pool and gym, and meeting space including a ballroom for 850 people. Market Café is a casual Thai restaurant, while Spectrum Lounge and Bar is set across the top three floors and focuses on seafood and meat. hyatt.com

There isn’t much space on Ratchadamri Road, which is lined with hotels and residences facing the green expanse of the Royal Bangkok Sports Club. Nonetheless, Waldorf Astoria Bangkok opened in summer last year between the Grand Hyatt Erawan and Anantara Siam hotel, part of the 60-storey mixed-use Magnolias development. True to the Waldorf Astoria brand, the Peacock Alley serves light meals and afternoon tea on the lobby level. Its 171 rooms and suites are designed by André Fu. Most of the high-rise contains private residences, but on floors 55-57 are the Loft Bar, the Champagne Bar and restaurant Bull and Bear, specialising in grilled meat and seafood. waldorfastoriacollection.com

Marriott International has a range of hotels to choose from in the Thai capital, including Marriott, Marriott Marquis and JW Marriott options. Just over a year ago, it added Marriott Hotel the Surawongse (pictured below), in the Si Phraya neighbourhood, roughly midway between Lumpini Park and the Chao Phraya river. It offers more than 300 rooms and suites (including extended-stay options) dressed in a mix of greys and whites and with light wooden floors. Facilities include a Club lounge, an outdoor pool with views over the city, and a 32nd-floor restaurant and rooftop bar. marriott.com 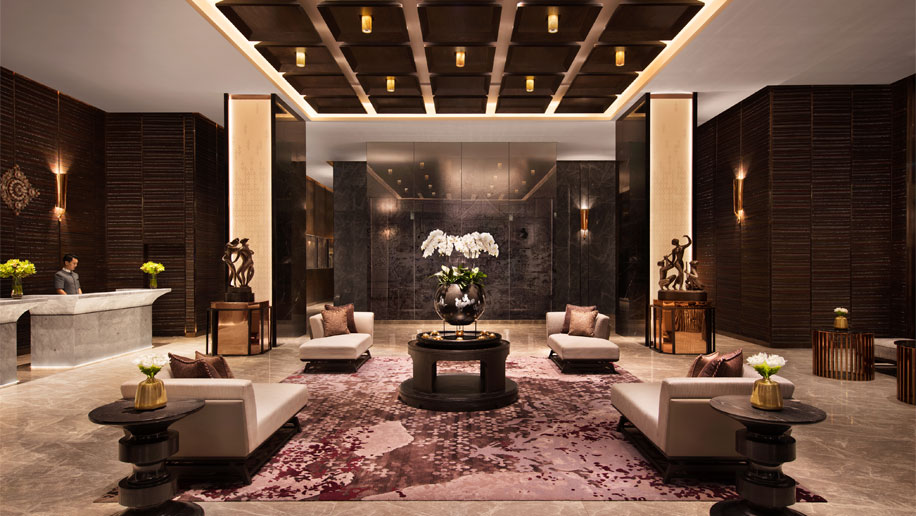 The Sukhothai Bangkok started 2019 by cutting the ribbon on its Club wing, the rebirth of its former Terrace wing. It has 33 new rooms and suites by the original designer, Ed Tuttle, a sixth-floor Club lounge and a new gym. Additional work gave a fresh look to its swimming pool and Italian restaurant La Scala. The opening of the Club wing is the first phase of a comprehensive renovation of the 28-year-old property, which got its first international sibling in the Sukhothai Shanghai in April last year. sukhothai.com

Having celebrated its 140th anniversary a few years ago with the renovation of its Author and Garden wings, Mandarin Oriental Bangkok kicked off the next phase of its transformation in March. That involved closing the River wing (its largest), as well as the main lobby, pools, and three of its restaurants. Over seven months, the number of rooms in the River wing will be reduced from 338 to 301 (the suite count will go up from 30 to 46) as they get a complete overhaul by Jeffrey Wilkes of Design Wilkes. The Author and Garden wings will remain operational. A full reopening is planned for October. mandarinoriental.com

Due within the next few months is Capella Bangkok (pictured below), part of the Chao Phraya Estate in the Charoenkrung neighbourhood, down the river from the Mandarin Oriental and Shangri-La. It will have 101 suites and riverfront villas, a signature restaurant by chef Mauro Colagreco, and Auriga Wellness centre. Capella will expand further with openings in the Maldives in 2020 and Sydney  in 2021. capellahotels.com 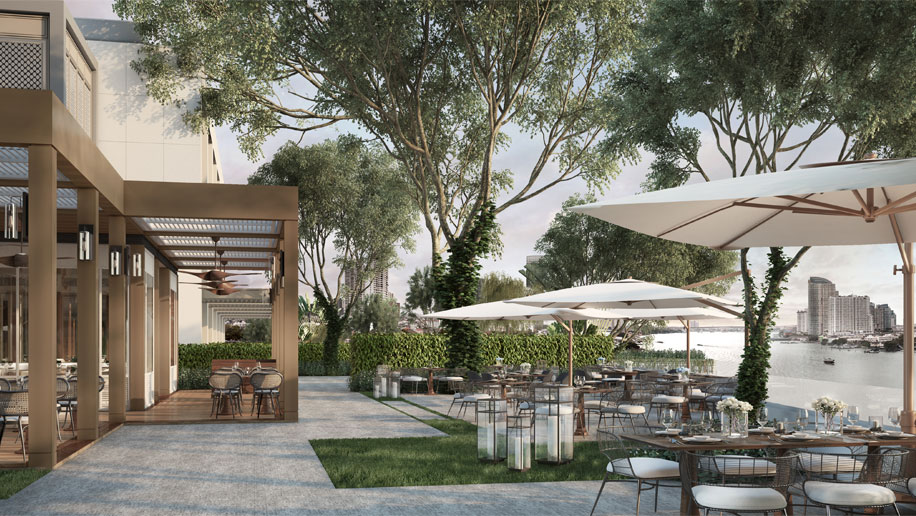 A few months after Capella, Four Seasons will open the successor to its previous long-term home on Ratchadamri Road (now the Anantara Siam) in the same riverside development. With interiors by Jean Michel Gathy, it will have 299 contemporary rooms and suites, as well as a Chinese restaurant, riverfront French brasserie and expansive outdoor pool. A 73-storey residential tower in between the hotel and Capella will have 366 branded residences. fourseasons.com

Minor Hotels opened its first purpose-built Avani hotel here in 2016, behind its sister property Anantara Riverside, on the western riverfront of the Chao Phraya. By the middle of the year, it will complete a second new-build (and third in total) Avani hotel in the city, this time along the Sukhumvit artery, next to the On Nut BTS Skytrain station. Set within the Century the Movie Plaza 2 complex, the 382-room Avani Sukhumvit Bangkok will have a spa with a skyline pool and gym, and an all-day restaurant. avanihotels.com

Originally meant to become the Bangkok Edition, the hotel inside Thailand’s tallest tower will open as Orient Express Hotel Bangkok towards the end of this year, the first in a collection under the Accor umbrella – part of an agreement between Accor and SNCF Group to develop the brand. Designer Tristan Auer is responsible for bringing the Art Deco influences and plant motifs of the original Orient Express carriages inside architect Ole Scheeren’s futuristic pixelated 78-storey high-rise. What that looks like is still under wraps, but in addition to 154 rooms and suites, there will be Thai and Cantonese restaurants, a rooftop restaurant and bar on level 76, and a spa by Guerlain. accorhotels.com

Mandarin Oriental has had its home along the Chao Phraya river for well over a century, but in the first quarter of 2020 it will welcome a new neighbour in the shape of the Steigenberger Hotel Riverside. The 259-room property, a conversion of an existing building, will be the first in South East Asia for the German group. Facilities will include a spa with indoor and outdoor pools, a
17th-floor restaurant and a roof terrace one floor further up. steigenberger.com

Capella and Four Seasons Bangkok are not the city’s only two new hotels sharing one master development. Sindhorn Village, a 8.9 hectares mixed-use complex close to Lumpini Park, will bring both the first Kimpton and a second Kempinski hotel to the capital by summer next year. Kimpton Bangkok will have 349 rooms and suites, two restaurants, a gym, pool and spa, as well as 124 serviced residences. The hotel is part of the aggressive expansion plans Intercontinental Hotels Group (IHG) has for the Kimpton brand, with future properties in Asia in the pipeline for Shanghai, Tokyo, Bali and more. kimptonhotels.com 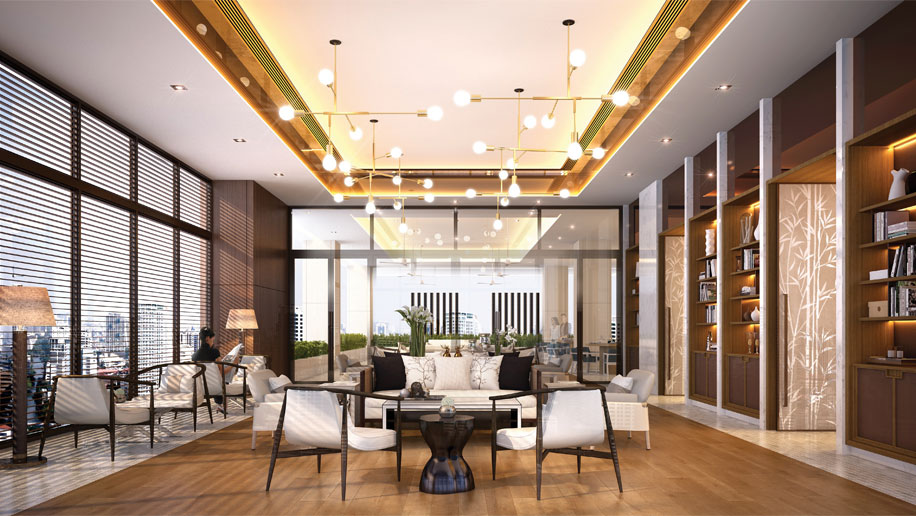 Meanwhile, the Sindhorn Kempinski (pictured above) – sibling to the Siam Kempinski, just north of the Royal Bangkok Sports Club – will have 280 rooms and 225 serviced residences when it opens in July next year. Exact details of the facilities are still to be confirmed, but they will include a spa. Its second Bangkok hotel will follow recent openings in Singapore and Bali, with properties in China’s Guangzhou and Hangzhou still planned for this year. kempinski.com

Kimpton isn’t the only IHG brand coming to Bangkok – in 2021, the 300-room Voco Bangkok Sukhumvit 11 will arrive. Voco is a new upscale brand in the IHG stable that started life with Voco Gold Coast in Australia in late 2018 (see also our review of the new Voco in Cardiff at businesstraveller.com). ihg.com/voco

In 2022, Spanish group Melia Hotels will open its first Bangkok property, also in Sukhumvit. Part of a mixed-use development, it will have 315 rooms, various food and drink outlets, a spa and gym, and meeting space. melia.com

Loading comments...
Read Next
Chongqing: Down but not out
Read Previous
Aviation Picks 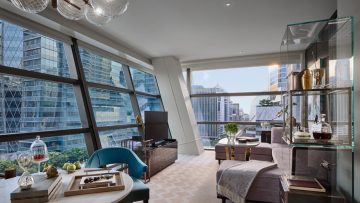 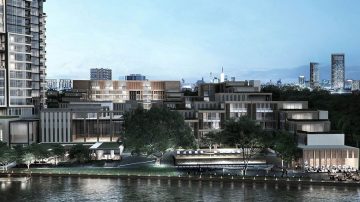 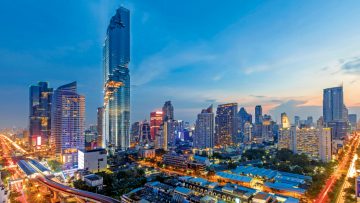 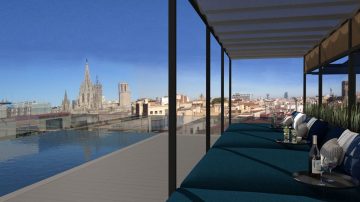