Chongqing: Down but not out 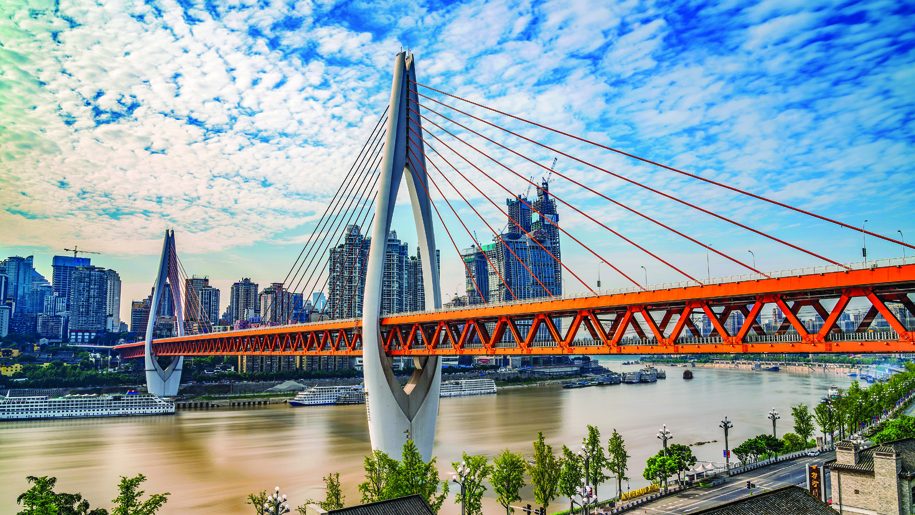 Despite a dramatic economic slowdown, Chongqing’s foreign businesses are undeterred.

A forest of skyscrapers blocks the mountain views from both sides of the emerald Yangtze River that snakes through Chongqing, a second-tier city of more than 30 million people in central-western China. From here, throngs of tourists clamber aboard cruise ships headed for the Three Gorges Dam, the world’s largest hydropower project and an undeniably awe-inspiring feat of humanity harnessing nature.

The dam, more than 600 kilometres away in neighbouring Hubei province, has done more than put Chongqing on the bucket lists of domestic sightseers. It also supplies the landlocked city with unlimited green energy and allows oceangoing ships to access its river port. The dam’s completion, improvements in road and rail connections to the rest of China and beyond, and government initiatives to spur growth in western and central China have all led to a flurry of direct foreign investment over the past 20 years.

At one point Chongqing was one of the fastest-growing cities in the world, with double-digit GDP growth for 15 consecutive years from 2002, peaking at just over 17 per cent in 2010. In 2018, however, the city missed its 8.5 per cent growth target by a long shot, clocking up just 6 per cent, thus relegating it to the realms below the national average of 6.6 per cent. On a list of the country’s fastest-growing regions compiled by China’s National Bureau of Statistics, Chongqing has dropped from first place in 2016 to 24th last year.

Of course, that still puts Chongqing on a par with 2018’s fastest-growing US state, Texas. But given China’s breakneck development, can Chongqing still claim to be a viable investment for foreign companies, especially compared to first-tier business havens such as Beijing, Shanghai and Guangzhou, on China’s affluent east coast? 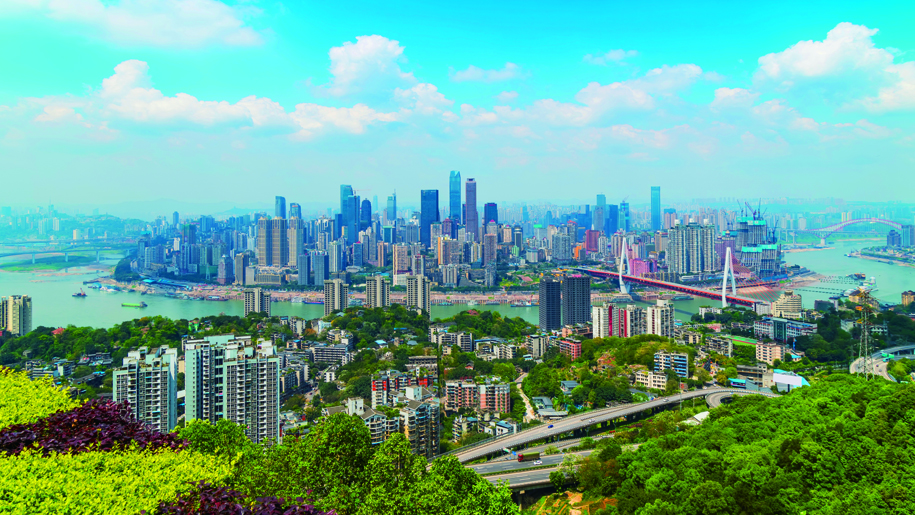 One of only four Chinese cities under direct control of the central government, and the only one found away from the east, Chongqing served as the capital during, and briefly after, the Second Sino-Japanese War (1937–1945). Its geographical remoteness made it the obvious choice for military bases and weapons manufacturing, but that in turn rendered its export sector practically nonexistent. Even when local industries started to diversify into textiles, food, chemicals and electronics, the focus was very much on the domestic market.

The government spent RMB4 trillion (US$600 billion) on fixed assets and infrastructure in Chongqing from 2013 to 2015, amounting to 94 per cent of the city’s total GDP. Chongqing is now the economic centre of the upstream Yangtze basin, dominating manufacturing and helping to spur investment in the region. While heavy industry is still very much present, the landscape has slowly started shifting towards high-tech and service industries, with Honeywell, CISCO, IBM and Hewlett-Packard all setting up in the city. But while state investment in China’s manufacturing hubs has propped up their economies for years, it has also made them susceptible to changes in domestic and global policies.

According to a Chongqing-born equity fund manager who requested to remain anonymous in order to speak candidly, the city’s recent economic slowdown is caused by the risk-averse nature of local government officials. “In the east [of China] the officials are more open, more daring and their families have good economic backgrounds, so if they fail they can fall back on other businesses. Here officials are just officials. If they fail, they have nowhere else to go.” He added that he feels Chongqing’s economic structure is too focused on heavy industry and less fluid when compared to other provincial cities like Chengdu and Wuhan. 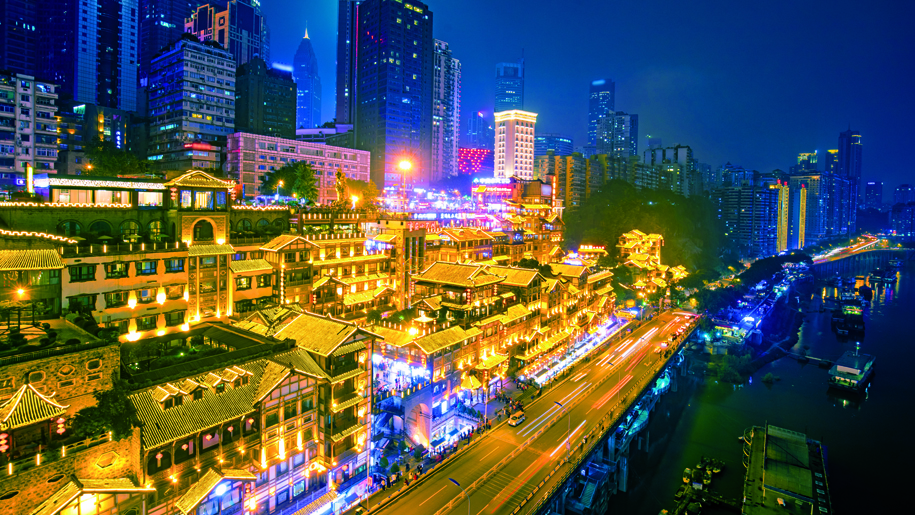 Contributing to its heavy credentials, the city was once the largest automobile manufacturing base in China, producing three million vehicles a year. Although Chongqing is still home to domestic manufacturers Changan and Lifan Motors, and foreign players Mazda, SWM and Ford, a saturated market saw growth in the China-wide auto industry – the world’s largest – fall from 6.2 per cent in 2017 to -17.3 per cent in 2018.

Ford, which partners with state-owned automakers Changan and Jiangling Motors, has felt the local slowdown and the squeeze of the US-China trade war at its four massive plants in Chongqing. The company’s China-based workforce is being cut by 2,000 personnel, roughly 10 per cent, after sales dropped by 37 per cent in China last year. They’re not alone: GM, VW and Jaguar Land Rover have all seen their China sales fall. Despite the slowdown in the overall auto market, however, sales of electric cars are soaring in China thanks to government incentives aimed at quelling pollution.

Matt Moran, a spokesperson for Ford China, says that while the company still sees Chongqing as a dynamic and fast-growing business centre with “a vibrant local economy and supportive regulatory environment”, he realises it must adapt to the Chinese consumer if it is to survive. “We start 2019 with a new mindset,” he says.

In a bid to usher in a return to profitable growth, the “Ford China 2.0” blueprint, announced in April, will see more Chinese leadership and global talent with Chinese expertise installed at the mainland arm. Thirty new vehicles tailored to Chinese consumers, ten of which will be electrified, will be introduced over the next three years, and the company’s new in-car infotainment offerings have been designed in partnership with Baidu’s artificial intelligence technology. “We are focused on ensuring Ford’s products and services reflect China’s rapidly changing market environment,” says Moran.

Despite the overall slowing GDP, Chongqing’s foreign trade shot up 15.9 per cent year-on-year in 2018, hitting RMB522.26 billion (US$77 billion). China’s next generation of workers are also seeing the benefits. According to a report on the Employment Market for Graduates cited by business magazine China Briefing, 40 per cent of Chinese graduates hope to work in so-called “emerging first-tier cities” such as Chongqing, Hangzhou and Chengdu, while only 27 per cent are considering actual first-tier cities. 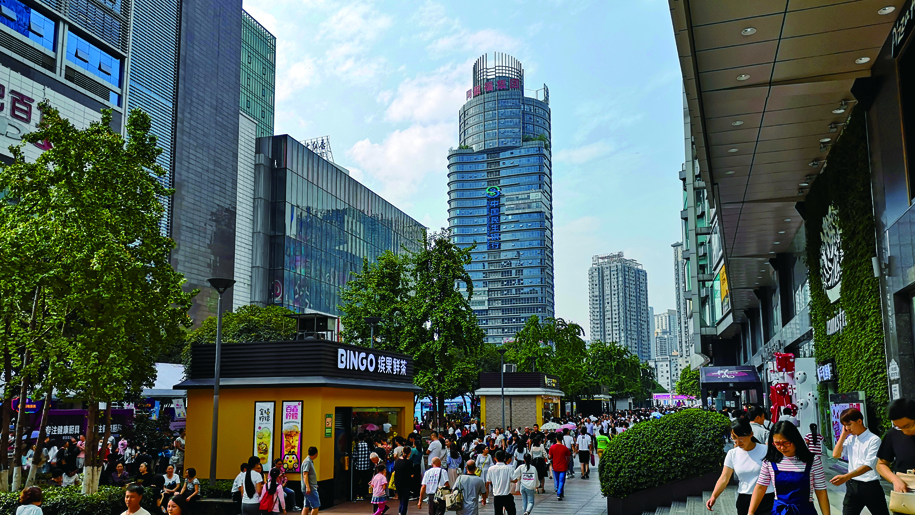 Chongqing is also still the retail and wholesale centre of southwest China, home to several foreign enterprises, such as METRO, Carrefour, Walmart and Gome. METRO was one of the earliest foreign wholesale retailers to enter China, staking its claim in 1996 and now boasting 13 million registered customers and more than eight million professional purchasing partners across 59 Chinese cities. The group opened its first Chongqing store in 2001, a second in 2003 and has no plans to leave. In fact, it hopes to expand further within the municipality – which is twinned with METRO’s German home city of Dusseldorf – in the coming years.

METRO saw 2 per cent growth across its China operations last year, which the company credits to its focus on food safety, an ever-present concern for China’s rising middle class, and their enthusiasm for the Retail 2.0 era. METRO has entered a strategic partnership with Alibaba to facilitate online shopping, is collaborating with third-party food delivery platforms Ele.me and Meituan, and communicates with millions of customers over China’s ubiquitous social media platform WeChat.

“The market has been growing rapidly with huge potential, and there have been many opportunities for developing business,” says Claude Sarrailh, president of METRO China. “The environment for doing business is good in Chongqing, the government takes economic growth very seriously, and the business and investment policies are also favourable for foreign investors.” 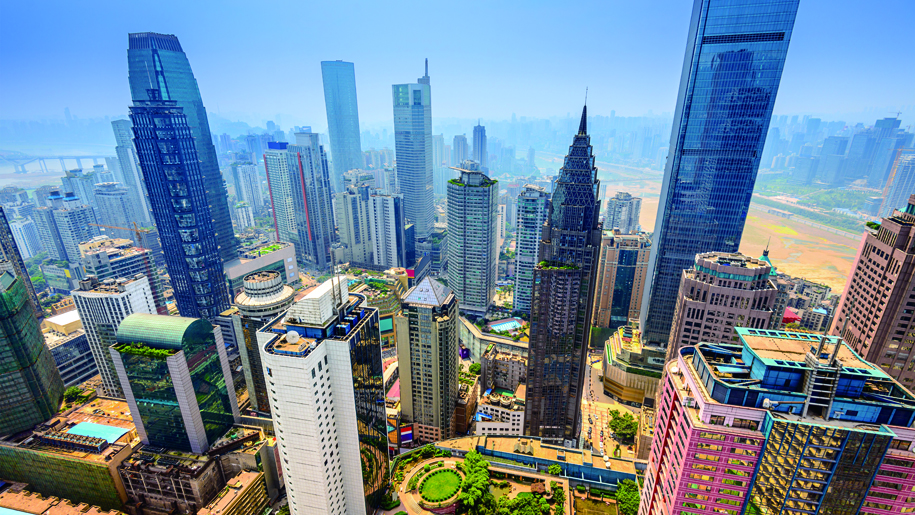 Financial services are another component of Chongqing’s economy, greatly buoyed by foreign direct investors. HSBC, Standard Chartered, ANZ, Scotiabank, Deutsche Bank and Citibank all have a footprint in the city, while preparatory approvals for Fubon Bank were granted at the start of the year.

America’s Citibank established an office in Shanghai in 1902 and became one of the first international banks to be locally incorporated in China in 2007. It is now in 13 Chinese cities, including Chongqing, where it arrived in 2009 as part of expansion plans along the Yangtze River Economic Belt. Citibank too is partnering with Chinese tech giants such as Alibaba and Tencent – non-financial intermediaries shaking up the banking landscape. Over 90 per cent of Citi China customers use WeChat for their daily banking needs, and in 2018 the bank won The Asset magazine’s Triple A Award for “Best Social Media Banking Enterprise”.

Having thrown its weight behind digital in China by way of necessity, Citibank is now looking to export such practices globally. “Digitisation in China leads the world in many ways, and many of our successes in China are being introduced to other parts of the world,” says Teng Hongjun, executive vice president of Citi China.

Established infrastructure, new business parks and relatively low tax and operational costs have for years now proved attractive to foreign companies looking to invest in this often overlooked part of China. As a result, the country’s lower-tier cities are increasingly giving their first-tier counterparts a run for their money. At the close of 2018, 287 Fortune 500 companies had a presence in Chongqing, no doubt tempted by housing, labour and land costs much lower than the megacities of eastern China.

Chongqing’s growth may be slowing along with China’s economy, but companies that are able to weather the changing policies, adapt to shifting tastes and adopt new technologies quickly seem to flourish in this strategic position along the Yangtze River. “Citi is optimistic about the development and prospect of China’s Yangtze River Economic Belt,” says Teng. “We look forward to contributing to the overall advancement of China.” 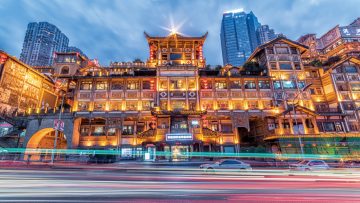 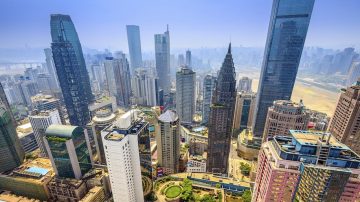