Air Canada has restarted flights to the Irish capital this week.

Its Toronto-Dublin service is initially operating three times per week, with the outbound flights departing the Canadian city on Sunday, Wednesday and Friday, and the return leg leaving Dublin on Monday, Thursday and Saturday.

The flights are being operated by a B787-9 aircraft configured for economy, premium economy and Signature (business) class seating.

The passenger service is in part being enabled by cargo hold, with the aircraft carrying “a range of commodities, including general cargo and temperature-controlled goods, machinery and industrial parts, aircraft spares, e-commerce products, as well as pharmaceuticals and medical supplies, manufactured by both Irish and Ireland-based multinational companies”.

In May Air Canada announced plans to increase service to 97 destinations this summer, down from 220 last year.

Among the international route resumptions include Montreal to Athens, Rome and Geneva; Toronto to Munich, Lisbon, Amsterdam, Rome and Athens; Calgary to Frankfurt; and Vancouver to Shanghai. 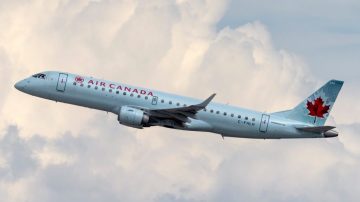