Alitalia to resume flights from Milan to London, Paris and Amsterdam

Alitalia is to resume international flights from Milan next month, as the carrier continues to add routes to its network.

From July 1 the airline will offer twice daily flights from Milan to London, Paris and Amsterdam, as well as 12 flights per week from the city to Brussels, and the resumption of domestic routes to Brindisi, Lamezia Terme, Naples, Reggio Calabria, Pantelleria and Lampedusa.

Note that Alitalia is currently operating all  Milan services from Malpensa airport, as Linate is temporarily closed.

In total Alitalia will increase flights by 60 per cent in July compared to June, offering over 1,000 weekly flights – around 750 from Rome and 350 from Milan.

The carrier says that all flights are currently operating with reduced capacity, “in order to comply with the provisions of the Italian law on social distancing on board aircraft”.

It also notes that “Alitalia’s aircraft are sanitized with high-powered sanitizing products every day and, thanks to HEPA filters and vertical circulation, the air on board is 99.7 per cent pure, just like in a sterile medical room”.

In March we reported that the carrier would emerge from the crisis as a new “mini Alitalia”, with around 25-30 aircraft and 3,000 employees – and last month Reuters reported that the Italian government would inject at least €3 billion of capital into the airline. 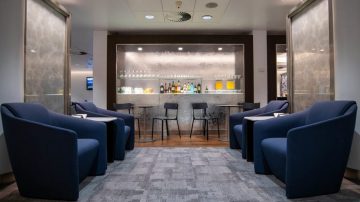