It’s now reported that when the ‘new’ Alitalia eventually takes to the sky it will be a slimmer version of the existing carrier.

It will be a quarter of Alitalia’s present size and will resemble the Alitalia of 1957.

As Sky tg24 Italy notes, “Alitalia returns to being a national [flag-carrier] and public [nationalised]. But in the initial phase at least there will be very small dimensions [route network and so on].”

Readers will be aware that until 2017, Alitalia was part-owned by Gulf airline Etihad.

Since Etihad sold out it has not been possible to secure investment from other carriers.

In fact, during the past few years Alitalia has only survived thanks to government money.

The new Alitalia would be considered one of Europe’s smallest national airlines.

No information is yet available on the future Alitalia network.

But at the very least it would be reasonable to assume it would cover a number of major destinations in UK, mainland Europe and North America. 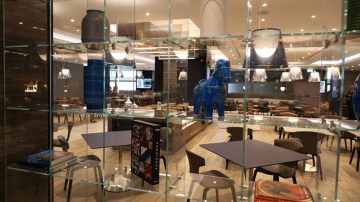