Austrian Airlines will launch flights between Vienna and Boston on March 29, 2020.

The nine-hour route will be operated with a 211-seat Boeing 767.

The route will be useful for those in the Slovakian capital Bratislava, which is a relatively quick bus or train ride away from Vienna International, and the Hungarian capital Budapest, which is a connecting Austrian flight away.

Next year will also see Delta launch Boston-Rome summer flights on an A330 and American Airlines launch a daily Heathrow-Boston service on a B777-200, complementing its joint venture partner British Airways‘ four daily flights.

Boston Logan is set to become one of the 10 busiest airports in the US by 2022, the Boston Globe reports.

It recently opened a 7,000 sqm extension at its Terminal B.

Austrian also today announced it will use a Boeing 777 on all Vienna-Chicago flights from March 2020, replacing a Boeing 767 with 100 fewer seats on two of its seven weekly flights. 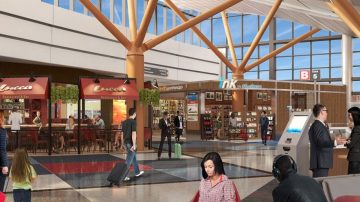 News
Boston airport traffic could be snarled for years to come
6 Aug 2019
Loading...