American Airlines will launch a daily service between London Heathrow and Boston on March 29, 2020.

The route will be operated by a B777-200 configured with 37 business seats, 24 premium economy seats and 212 economy seats.

Meanwhile low-cost airline Level, a subsidiary of BA-owner International Airlines Group and also part of the joint venture, will launch three-times weekly flights from Paris Orly to Boston on March 31.

The Level flights will be operated by an A330-200 departing Paris at 1915 and departing Boston at 2300 on Tuesdays, Thursdays and Saturdays.

The carrier said introductory flights would start at €99/$99 one-way, including taxes and fees.

American recently moved all its Boston operations to Logan Airport’s newly-renovated Terminal B, which has a refreshed lobby, baggage claim facility and Admiral’s Club.

“Our new nonstop flight, combined with the service provided by our Atlantic Joint Business, gives customers the most robust schedule and the most premium seats between Boston and London,” said Vasu Raja, American’s Vice President of Network and Schedule Planning.

The route may have been some time in the making – in early 2017, American purchased two slot pairs at Heathrow from SAS Scandinavian Airlines for $75 million, which it was agreed could be used by SAS for three years.

We have previously reviewed premium economy on American’s B777-300ER, and the Business Suite on its B777-200.

American also announced today that it would increase service to Lima in Peru from April 7, 2020, to Santiago in Chile from winter 2020, and to Sao Paulo from winter 2020. 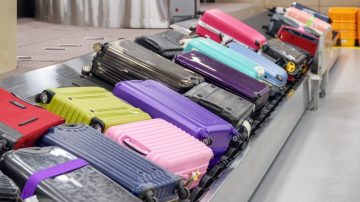