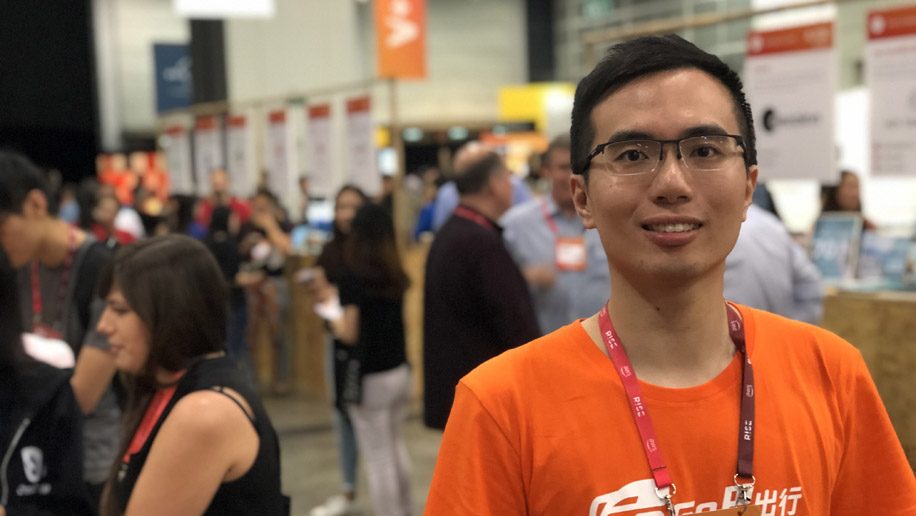 Foreign travellers arriving in Hong Kong could be forgiven for finding the system for booking cross-border coaches to mainland China difficult to navigate.

English-language information on the websites of cross-border coach companies can often be limited. For example, a lot of the information available on the website of Chinalink Bus, a company which offers coach services from Hong Kong to destinations in South China, is only available in Chinese – even when users switch the language tab on the website to “English”.

Another option is to go to a brick and mortar cross border bus service centre in Hong Kong, but physically going to the store may be inconvenient or impossible for many travellers, especially if you want to book your trip before actually arriving in Hong Kong.

However, a Hong Kong-based start-up called Go By Bus is looking to change that by offering an English language search engine – similar to flight booking website Skyscanner – that allows passengers who cannot read Chinese to easily book cross-border bus tickets online. The start-up’s Chinese language search platform launched on October 1, 2018 and it unveiled its English language service aimed at non-Chinese speaking travellers earlier this month. Tickets are now available for purchase on the company’s website.

“Hong Kong is a bridge between mainland China and the Western world, so we do see a lot of passengers coming to Hong Kong to [go to] those smaller cities in Guangdong province. So that’s why we decided to launch the English version,” Ken Yung, co-founder and chief business developer at Goba Solutions, which owns the brand Go By Bus, told Business Traveller Asia-Pacific on the sidelines of the RISE 2019 conference in Hong Kong.

While rail travel to most destinations in the Greater Bay Area is possible, Yung argues that coaches should provide a more comfortable service without the need to make any interchanges.

“Even if you’re willing to make many interchanges to a destination, the experience itself is not a pleasant one. A cross border bus is a more direct option, and [the operators] cover most of the places in Guangdong province,” he said.

The opening of the Hong Kong-Macau-Zhuhai Bridge in October 2018 was a significant factor that led to Go By Bus launching its services, Yung said. The 55-kilometre bridge and tunnel system offers the first direct land connection between Hong Kong and Macau and the Western part of Guangdong province.

“Two years ago the [Chinese] Central Government [starting talking] about the Greater Bay Area initiative. We see there is great potential. There will be more local and foreign travellers between Hong Kong and Chinese cities,” Yung said.

He added: “We knew that the Hong Kong-Zhuhai-Macau Bridge would open soon, though it was delayed a lot. The Bridge will shorten the journey time between Hong Kong and cities in the western part of Guangdong.”

Yung also pointed to the upcoming Heung Yuen Wai/Liantang boundary control point (BCP) connecting Hong Kong with Shenzhen East in the Chinese mainland. This, like the Hong Kong-Zhuhai-Macau bridge, is a key Greater Bay Area infrastructure project, according to the Hong Kong government, which says that “coach services for group tourists” have been planned to pass through the boundary control point.

Currently, all cross-border traffic going from the eastern New Territories in Hong Kong to eastern Shenzhen and Guangdong has to travel through busy local roads in Hong Kong and Shenzhen via the two existing boundary control points at Man Kam To and Sha Tau Kok before joining the highway systems, the Hong Kong government added.

To address the problem, the government is constructing an approximately 11 kilometre dual two-lane connecting road on the Hong Kong side of the new Heung Yuen Wai/Liantang BCP to link the new BCP with the Fanling Highway interchange, via Sha Tau Kok Road, Ping Yeung and Lin Ma Hang Road interchanges.

“The majority of the buses will go through this port and connect with the high speed road,” Yung said, adding that this will give travellers quick access to many parts of eastern Guangdong province.

Difference between Go by Bus and Skyscanner

Although Yung describes Go By Bus as “a coach version of Skyscanner”, its business model is different.

“Skyscanner is just a metasearch. They just grab the data from the different providers and redirect the booking to the other site,” Yung said.

“Skyscanner can only earn the tiny little referral fee, but for us we partner directly with the operators and the entire transaction happens on our website, which is a better user experience for our customers.”

Go By Bus charges a “small percentage” commission from its coach operator partners. Therefore, it doesn’t charge fees to customers booking coach tickets on its website. Payment can be made by all major credit cards, including American Express, though Yung jokes that he would prefer customers to pay with other credit cards as American Express charges higher merchant fees.

The start-up is still talking to EEbus, GDHK, Chinalink and “some others”, Yung said.

Asked why those operators have not joined up with Go By Bus yet, Yung said it is a challenge to get transportation companies, which tend to be “very traditional”, to adapt to new technologies.

“It’s a slow moving industry…and they are operated by those management at the age of my parents or grandparents,” he said, adding: “Some companies [still] like using a log book with paper tickets and get used to operating their business this way. They don’t know why they have to change.”

For the time being, customers can still view the English-language schedules of those non-participating operators on Go By Bus’ website; however, tickets cannot be purchased online. 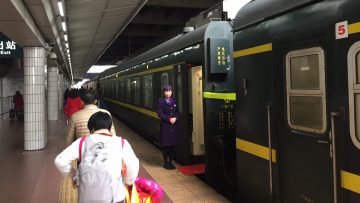