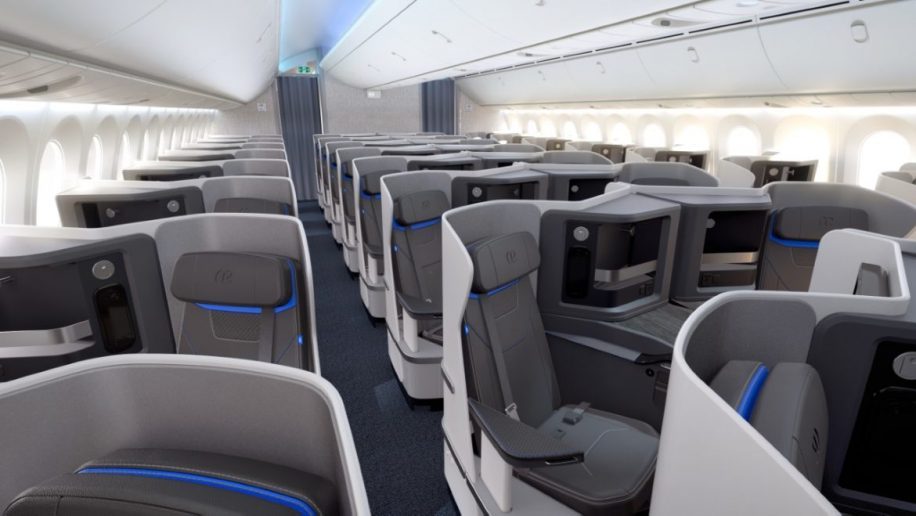 Spanish airline Air Europa has released details about its new business class cabin, which it says will add capacity as well as “greater privacy” in a 1-2-1 configuration.

It will be installed on the three new Boeing 787-9s being delivered between October and December this year, and on 12 more of the aircraft coming over the next few years.

Seats will be fully-flat, leather-upholstered and have 17-inch touch screens. Reports suggest it is the new Venture seat by Japanese manufacturer Jamco, which was recently chosen by KLM for its B787-10 Dreamliner aircraft, but Air Europa has not yet replied to a request for confirmation.

Passengers will also get free wifi, a new amenity kit and a menu by chef Martin Berasategui.

The new cabins will have 32 seats, up from 30. Its current fleet has a 2-2-2 configuration in business class.

Two Air Europa B787-9s will arrive in April and May but will have the ‘old’ business class product.

The Skyteam carrier is the third largest in Spain after Iberia and Vueling. From its Madrid hub it feeds European flights – including a twice-daily service from Gatwick – onto locations across Latin America.

In 2017 Air Europa partnered with Ryanair to offer flight connections, however last week Airline Geeks reported the carriers were ending the partnership.

Colin Stewart, UK and Ireland Director of Air Europa, said, “With growing interest in travel to South America, amongst both business and leisure travellers, we’re delighted to launch this new product.

“Our high-quality business class offering is the perfect accompaniment to our modern fleet of Dreamliner aircraft, providing premium comfort and experience to Air Europa’s passengers.”

This year the airline will launch new routes to Panama, Iguazu and Medellin. 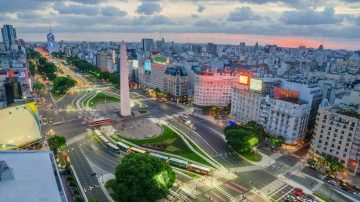 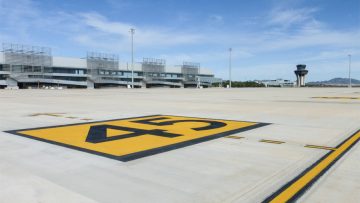