Ryanair to partner with Air Europa for connecting flights 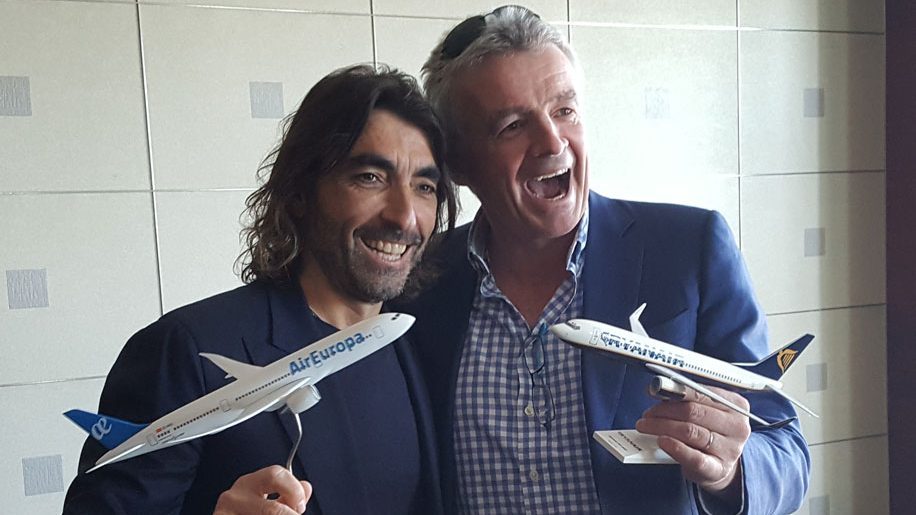 Ryanair has announced a new partnership with Spanish carrier Air Europa, which will see customers being able to connect onto long-haul services via Madrid.

The Irish carrier will initially allow its customers to purchase Air Europa long-haul flights at ryanair.com, before adding the option to connect from Ryanair services onto Air Europa flights through Madrid “later this year”.

From today travellers can book tickets on 20 of Air Europa’s long-haul routes at ryanair.com, from the Spanish carrier’s Madrid hub to 16 countries across North, Central and South America.

The carrier said it was “continuing its discussions with a number of other long haul airlines on potential feed and connecting flight partnerships”.

Commenting on the news, the CEO of Globalia Group (owner of Air Europa) Javier Hidalgo said:

“This partnership with Ryanair gives us great satisfaction, and it puts us at the forefront of business and allows us to strengthen our competitiveness. With this agreement Air Europa doubles its connectivity with the European continent adding 53 European cities.

“This agreement consolidates Air Europa, the only regular airline with 100 per cent Spanish capital, as the best price-quality option to fly between Europe and America. I am also happy to announce that in 2020 Air Europa will have the most modern and efficient fleet of the market operating between both continents.”

The full list of air Europa destinations (to/from Madrid) now bookable at ryanair.com is as follows: