A US government report has revealed that domestic airlines garnered $7.1 billion in revenues from baggage fees and flight-change charges in 2016, up from $6.3 billion in 2010, according to USA Today.

Notably, the US General Accounting Office (GAO) report said that passengers who were compelled to pay for checked baggage paid more, on average, than they had when the cost of checked bags were bundled into airfares.

The fee revenues have helped boost airline profits: the industry as a whole has operated in the black every year since 2010.

The GAO report said that passengers still struggle to find information on checked-bag fees when purchasing tickets via online booking sites, and can be hit with unexpected charges at the airport if baggage fees can’t be paid at the time that tickets are purchased.

“Going to an airline check-in counter should not result in a last-minute shakedown,” said US Senator Bill Nelson, the Florida Democrat who requested the GAO study. “It’s time for the airlines to stop run-away fees.”

Responding to the report, US Senator Richard Blumenthal, a Democrat from Connecticut, was harshly critical of the airlines, stating:

“These fees are shrouded in secrecy and clouded in confusion, making it nearly impossible for passengers to price compare and make informed choices. And these fees are rooted in the pursuit of greater profits – not in offsetting travel costs to airlines.” 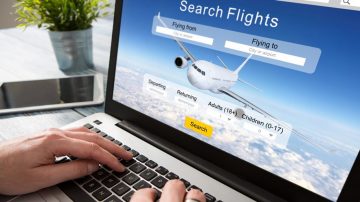