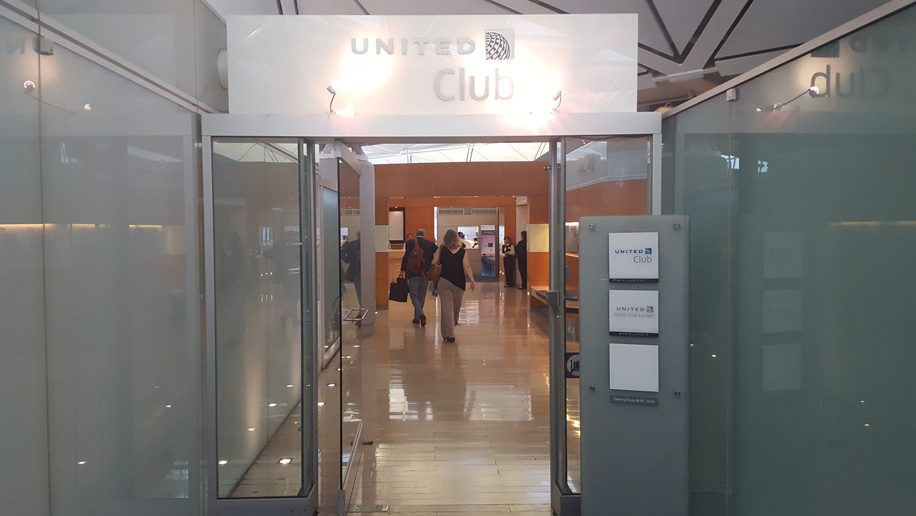 Hong Kong is one of just two destinations in Asia to have a United Club Lounge alongside Tokyo’s Narita Airport, serving the airline’s three routes that fly out of the city to the US mainland – San Francisco, Chicago and New York (Newark).

For business class passengers travelling on the carrier’s San Francisco service – as I was during my visit – it’s worth noting that they will be travelling in United’s new Polaris business class seats on board its Boeing 777-300ER (Business Traveller recently published a review of the flight from San Francisco to Hong Kong here). In fact, Hong Kong was the first international destination to see the new seat products, which United launched on this route in March last year.

That being said, United’s roll out of its new Polaris Lounges – in full swing this year with openings in Newark, Houston and San Francisco (Business Traveller recently published a review of the latter here) – has yet to extend to its lounge in Hong Kong.

However there is hope on the horizon. Earlier this year, United’s managing director for Greater China and Korea, Walter Dias, told Business Traveller that its Club Lounge in Hong Kong would be getting a separate Polaris space within the existing lounge solely for business class passengers flying the new seat product. Details, however, have so far been slim. 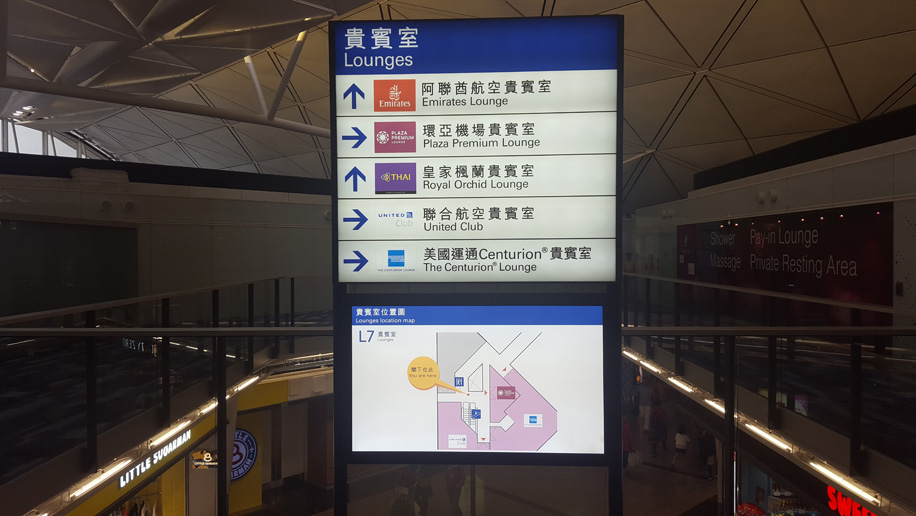 The United Club Lounge is situated nearby Gate 60 in Terminal 1, alongside (among others) the American Express Centurion Lounge and the Plaza Premium West Hall Lounge. This is close, though not adjacent to, Gate 44 where my flight to San Francisco departed from, and the walk from lounge to gate is little more than five minutes.

Being near Gate 60 means that the lounge is midway through the airport terminal and is best reached using the shuttle, though it is possible to walk the distance. Once you reach it, you can head upstairs either by lift or escalator to reach the front desk. The Global First Lounge is located behind closed doors on the right, while the business class lounge is straight ahead.

Also offered access are: Star Alliance Gold members with a boarding pass for a same-day international flight operated by a Star Alliance member airline (with one guest); members of United Club (including MileagePlus credit cardholders) with a boarding pass for same day travel (two adult guests, or one adult guests and children under 21); one-time United Club pass holders (with no guest), among others. A full list of eligibility can be found here. 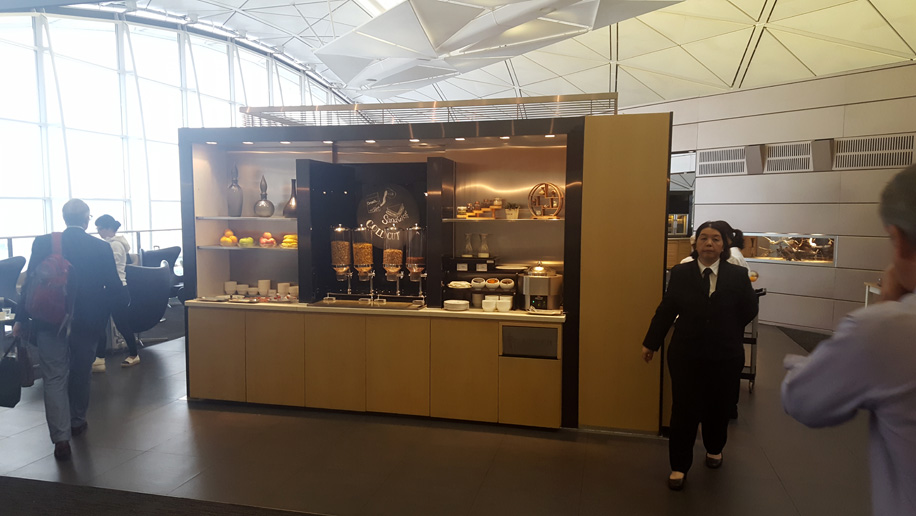 This is a decent-sized lounge all in all, though you may not immediately realise it when you first enter. The space is divided by multiple floor-to-ceiling partitions – cabinets, magazine racks, food stations, etc. – that help give the different spaces a varied and quiet feel. The only downside is that it can be a little confusing to navigate when you first get inside. 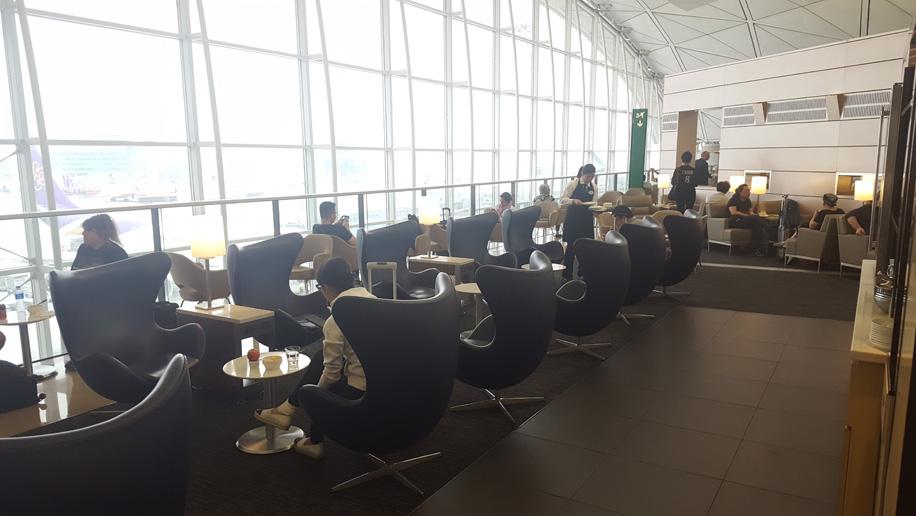 Once you’re inside, you’ve got two main choices in which side to sit on – tarmac or terminal. On the left hand side you’ll get good views over the runway and parked aircraft… 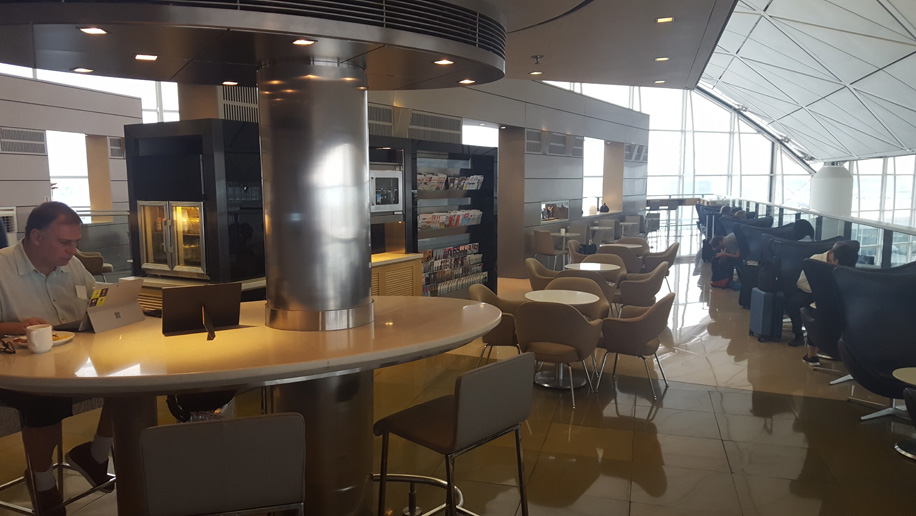 …while on the right is a balcony of sorts that overlooks the gates – definitely a spot for the people watchers. 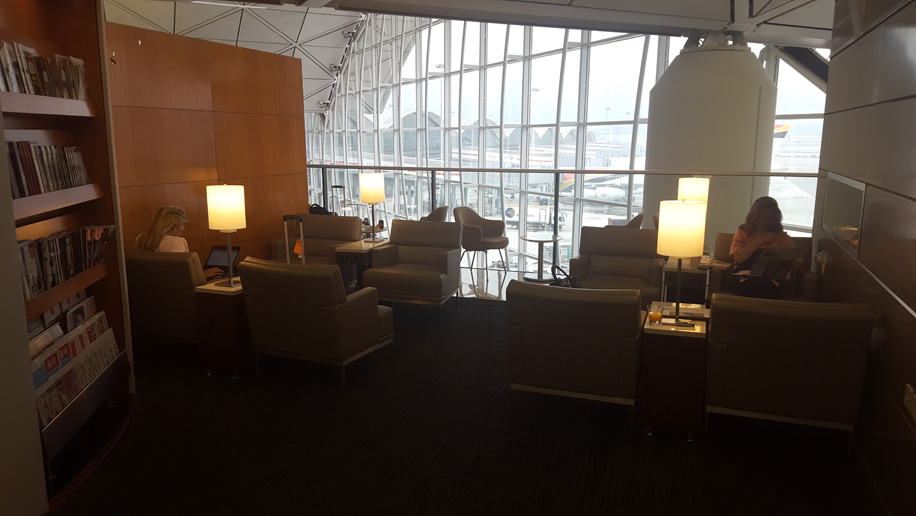 Seating is all in all quite plentiful with ample choice in format – small tables and chairs, armchairs and side tables, or stools. 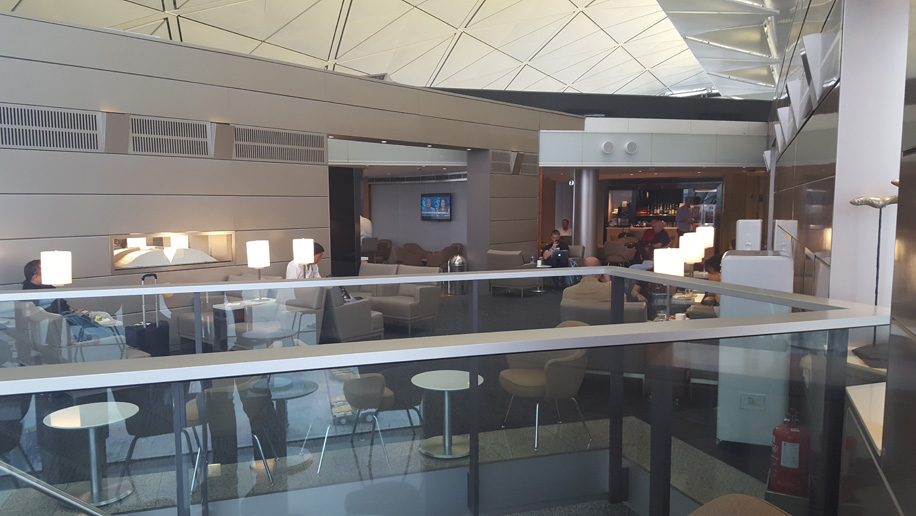 Power outlets are available by some of the seats, though they aren’t available at all so you may need to scope the area out a bit to find a seat with access to the mains. 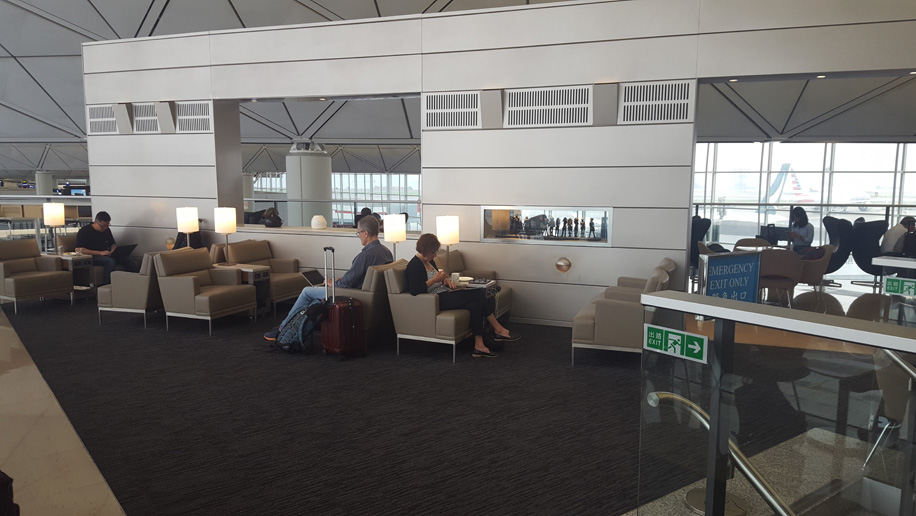 The Club Lounge has a reasonable selection of food for breakfast, with the buffet choice mainly comprising a Western-style meal of eggs, sausages, bacon and the like, alongside the sole noodle and dim sum dishes. That being said, the pastry, bread and cheese section is also worth trying, and if you’re looking for something a little more spartan there’s always the cereals, fruits and yoghurts. 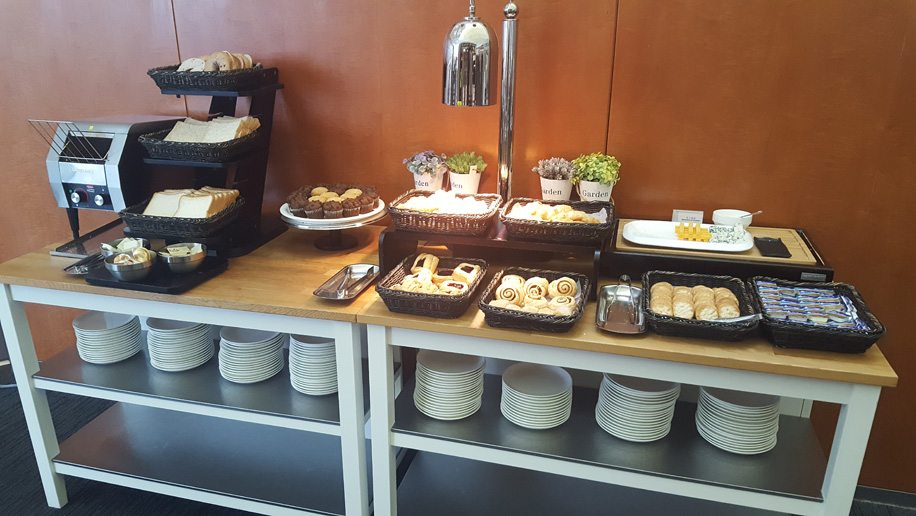 On the drinks side, there are a number of refrigerators with soft drinks, juices and beer scattered throughout the lounge. There isn’t a manned bar – a selection of spirits are available for guests to help themselves to – and coffee and tea are offered from the machines. Overall, the selection is enough to tide one over but could definitely do with being a bit more comprehensive. 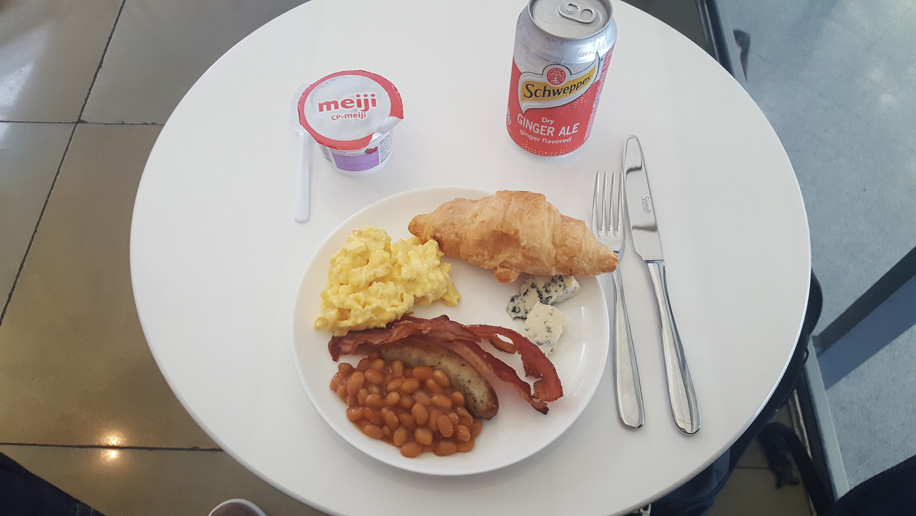 I only had a relatively brief visit however for travellers with a longer stopover there are also shower rooms that can be used – these were unfortunately occupied when I was there – and if you need to get some work done in solitude there is a business centre with a photocopier, group seating… 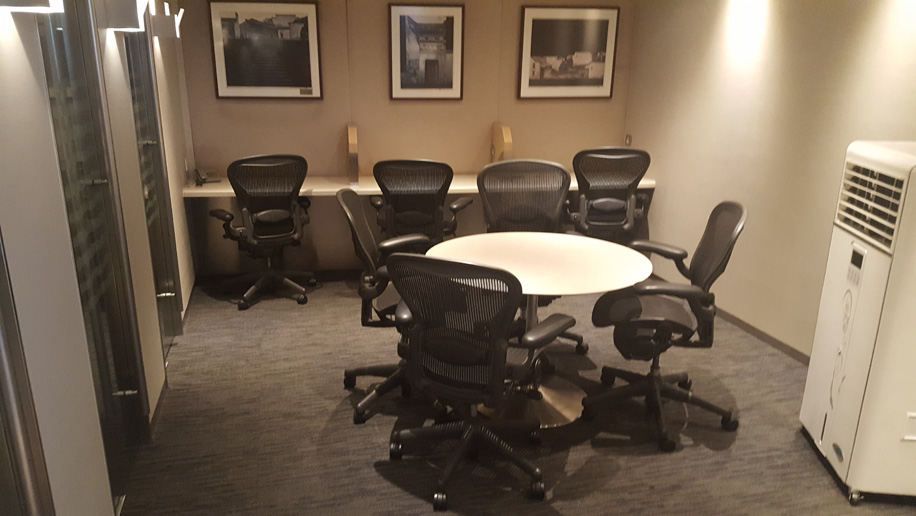 …and three individual rooms/cubicles with a desk and chair for more private work. 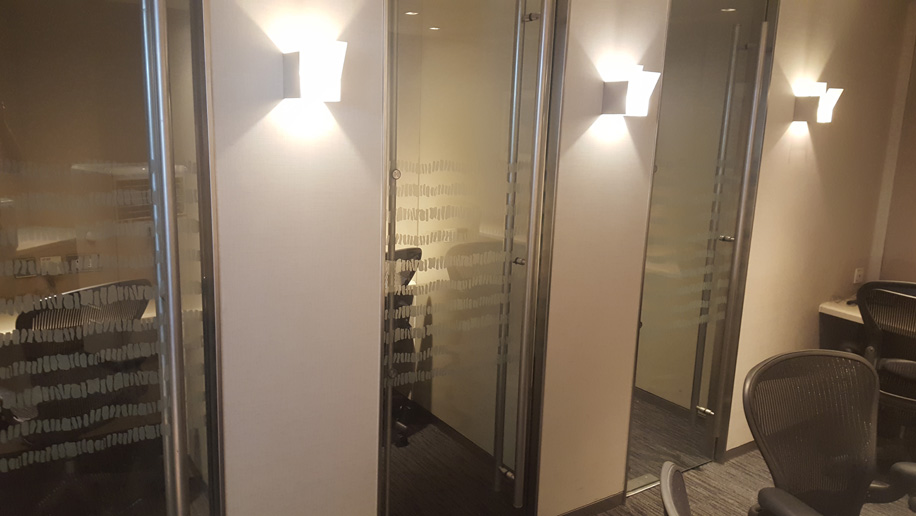 Undeniably the lounge is a far cry from the Polaris Lounge passengers can experience in select US destinations, especially on the opposite leg of the airline’s Hong Kong-San Francisco route, though all-in-all it is a pleasant lounge to visit with a fair number of facilities and a comfortable ambiance. Space and capacity are adequate and the lounge didn’t feel crowded, though some aspects such as the F&B offerings could do with being more comprehensive.