Airports Council International’s (ACI) 2015 survey has recognised eight Indian airports in the top ranks for their commendable customer service and improvements made from feedback.

ACI is a global non-profit organisation which researches, surveys and ranks airports’ service quality. It ranks airports according to passengers’ ratings of service, and through comparison to airports worldwide by traffic, type, size and region. Only those airports which participate in its monthly survey are ranked.

Jaipur won first position in the ‘Best Airport by Size: 2-5 Million Passengers’ category, while Lucknow was ranked in second place.

The two facilities were also tied in second place as “Best Airport in Asia-Pacific”. in this category Jaipur ranked first, followed by Goa in fourth position, and Thiruvananthapuram in fifth position.

New Delhi and Mumbai were tied first in the 25-40 million passengers per year category. 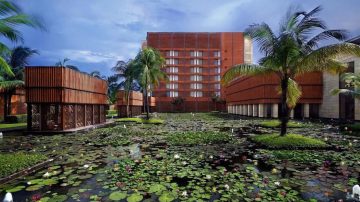