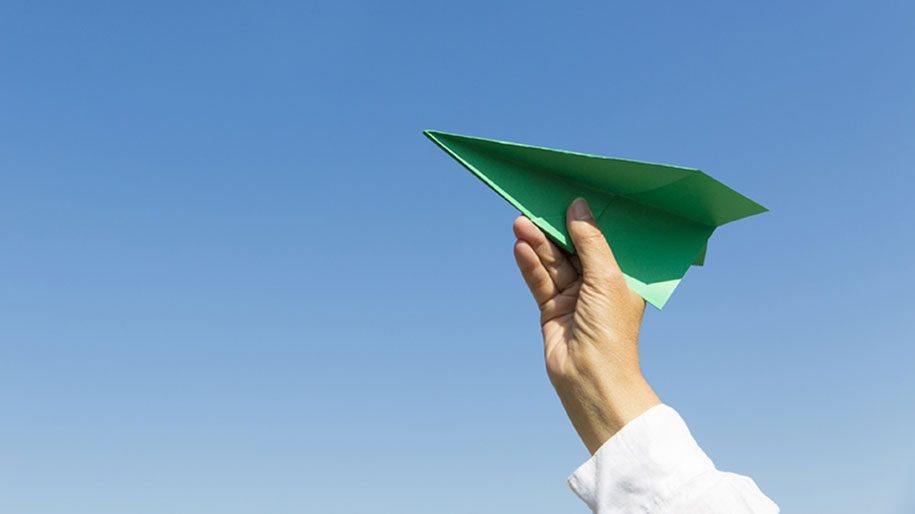 The UK aviation industry has announced new decarbonisation targets as staging posts on the way to its net zero by 2050 pledge.

The new targets, which come from a coalition of airlines, airports and aircraft manufacturers, are to decarbonize by at least 15 per cent by 2030, 40 per cent by 2040 and net zero by 2050. All targets are against a baseline of measured emissions in 2019.

The targets will be achieved by a combination of sustainable aviation fuels (SAF), permanent carbon removal, and new low and zero carbon technologies – such as electric and hydrogen powered aircraft.

It was criticised by lobbying group Transport and Environment, however, since the targets rely on carbon offsets, and, in fact, under the plan, emissions will continue to rise until 2040.

💷 By trying to pay its way out of its emissions addiction via dodgy offsets.

The aviation leaders of Sustainable Aviation say that Government support is necessary for them to meet the targets, including investing in technologies along with airspace modernization.

The  five areas needing support are: 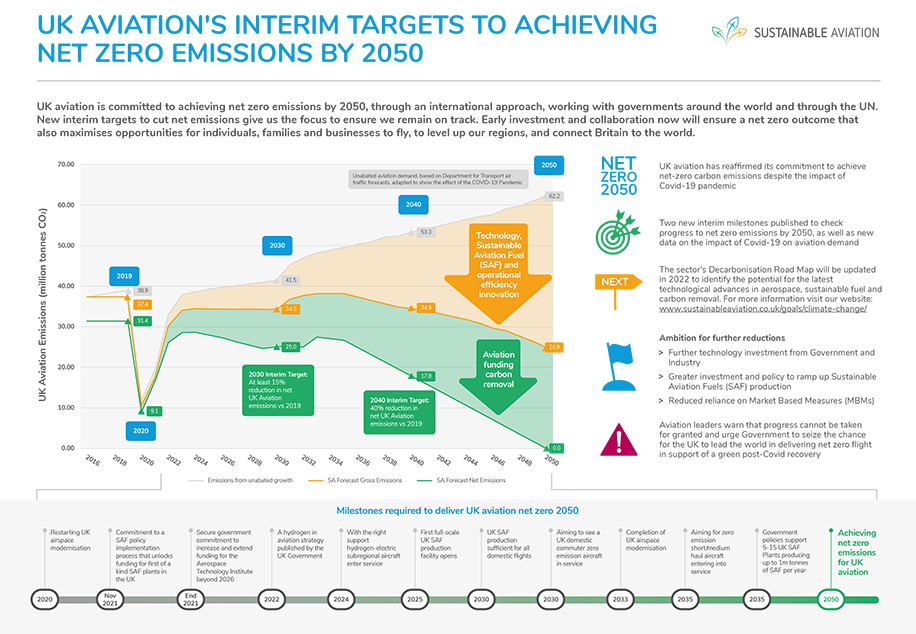 “UK aviation led the world last year by being the first national aviation body in the world to commit to net zero by 2050. We are now raising the bar by committing to additional interim milestones to hold ourselves accountable on this journey to Jet Zero.

“This is ambitious but achievable, and requires meaningful cooperation between industry and Government, as well as the necessary policies and funding to ensure the UK can build a world-leading SAF industry, create new clean aircraft, and modernise British airspace.” 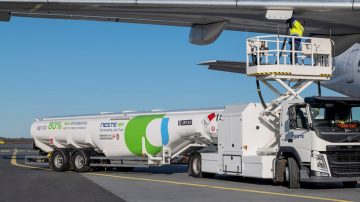