Chengdu Tianfu International Airport rolled out the red carpet for Chinese carriers as it prepares to open in the first half of 2021.

Test flights including an Air China Boeing 747-8, China Eastern Boeing 777-300ER, and China Southern Airbus A380 made their debut at the hub, which is set to become the southwest Chinese city’s second international airport.

With the latest addition, Chengdu will become the third Chinese city with two international airports, after Beijing and Shanghai.

By 2025, Tianfu International Airport is expected to see 40 million passengers, 700,000 tons of cargo, and 320,000 aircraft movements. Located about 50km southeast of Chengdu, the facility will primarily serve international flights, according to the Global Times.

Chinese carriers are already planning to ramp up their presence once the airport opens.

Air China said its capacity in Chengdu will double by 2025, with over 150 aircraft being added to the focus city. Last year, the Star Alliance member carried over 17.7 million passengers across its southwest China route network. It has already invested 6.1 billion yuan ($941 million) in the hub, reported the Global Times.

Rival China Eastern also said it is planning to relocate its entire Chengdu operation from the existing Shangliu airport to Tianfu. 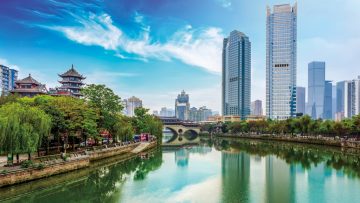 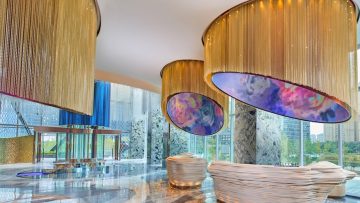